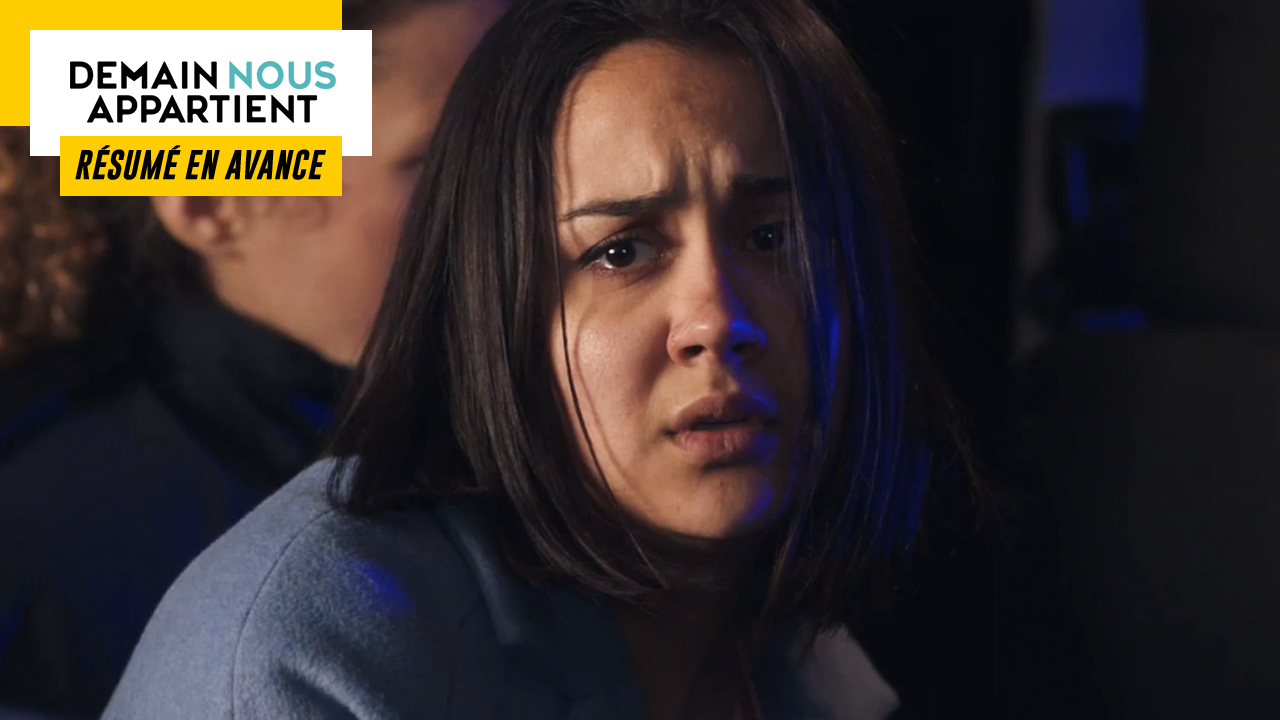 In the next episode of “Tomorrow belongs to us”… While Noor is arrested, Victor puts his plan into action. The Roussel sons launch a challenge to Damien.

Friday April 8 in Tomorrow belongs to us…

Noor thought he could take advantage of his reunion with Cédric. Unfortunately, her happiness is short-lived since Sara and Karim arrive at her house so that she follows them to the police station.

On the spot, Karim tells him that his DNA was found in the car where Gabriel was sequestered. The policeman then explains to him that traces of starch were found on Chloe’s clothes and sevoflurane on Gabriel’s headphones. As she does not understand where he is coming from, Karim specifies that these two products are very easily found in the medical environment. Noor then claims she hasn’t been back to the hospital since her assault and swears she didn’t kill anyone. In view of the evidence, Captain Saeed is nevertheless obliged to place her in police custody.

Meanwhile, Cédric arrives at the Perraud cabinet and warns Soraya that his little sister has been taken away by the police. Immediately, the lawyer goes home but the police are already searching the home. For her part, Nordine discovers a pair of sneakers belonging to Noor with earth encrusted on the soles. Sara therefore asks him to have them analyzed immediately in order to make a comparison with the earth that the police took from the terrace as well as from Agnès Varda’s cellar.

Afterwards, Soraya joins Charlie and Gabriel at the Spoon. Certain that someone is trying to blame her sister, the lawyer intends to take over the file from the beginning. For that, she will need their help, which they accept without hesitation.

For his part, Cédric tells Lilian that the police have damning evidence against Noor. Although he doesn’t like her, Lilian isn’t happy that she’s been charged with murder. Moreover, he has a hard time imagining him doing such a thing.

Not far from there, Soraya goes to see Noor at the police station and asks him if it was she who killed Romain and his sister. Without hesitation, she certifies that she has nothing to do with these horrors. At this moment, Noor’s life is about to turn into a nightmare. Indeed, Karim informs them that the soil of his shoes corresponds to that of Agnès Varda. The prosecutor believing that this is overwhelming evidence, he therefore announces to the young woman that she will be referred and that she will spend the night in prison.

At nightfall, when the police accompany Noor to the van that will take her to detention, Soraya promises her sister that she will do everything possible to get her out of there.

VICTOR PUTS HIS PLAN INTO EXECUTION

In the morning, Sylvain can’t help noticing that his wife is reading a lot at the moment. When she tells him that it was Victor who gave her the book that sits on the table, Sylvain begs her to be careful and stay on her guard.

Later, Victor invites Christelle to have a coffee but she declines because she has work to do over her head. A few moments later, he thanks her because thanks to her, Timothée will surely be able to benefit from a scholarship for his preparation. On the other hand, he dreams of studying at the Ecole Normale Supérieure in Paris where the cost of living is particularly high. Christelle then tells him that she has set up the Moreno foundation to help people in difficulty and offers to help Timothée. She therefore invites him to come over to her house to talk about all this over a dinner aperitif.

At the end of the day, Victor and Timothée arrive at the Moreno’s. On finding the house in which he lived, the former businessman confides that he spent wonderful years here. Subsequently, Timothée reproaches his father for having come there solely for the money of the Morenos. According to him, his father is plotting. Victor then reminds him that this house is his and that he worked hard to afford it. Hoping to recover what belongs to him, Victor hopes to make Sylvain and Christelle his patrons.

THE ROUSSEL SONS LAUNCH A CHALLENGE TO DAMIEN

Damien comes home from work in the early morning with pastries for the Roussel family. While the mood is high, Lizzie curtly signals to her brothers that they’re going to be late for school. Once her children have left, Audrey apologizes to Damien and makes him understand that Lizzie will have to be given some time to come to terms with the situation.

Shortly after, Damien informs Audrey that the work on his apartment will soon be finished and that he can go home next week. An announcement that does not really thrill Audrey who had gotten used to sleeping against him.

During lunch, Lizzie continues to sulk and even refuses to eat the lemon pie that Damien has bought especially for the occasion, which annoys her brothers. In the evening, Jack rejoices at the idea of ​​being able to eat the last piece of pie. Unfortunately for him, someone ate it. As no one comes forward, Jordan and Jack challenge Damien: find the perpetrator of this crime thanks to his scientific expertise. Damien accepts and therefore proceeds to collect the first clues with Leo.