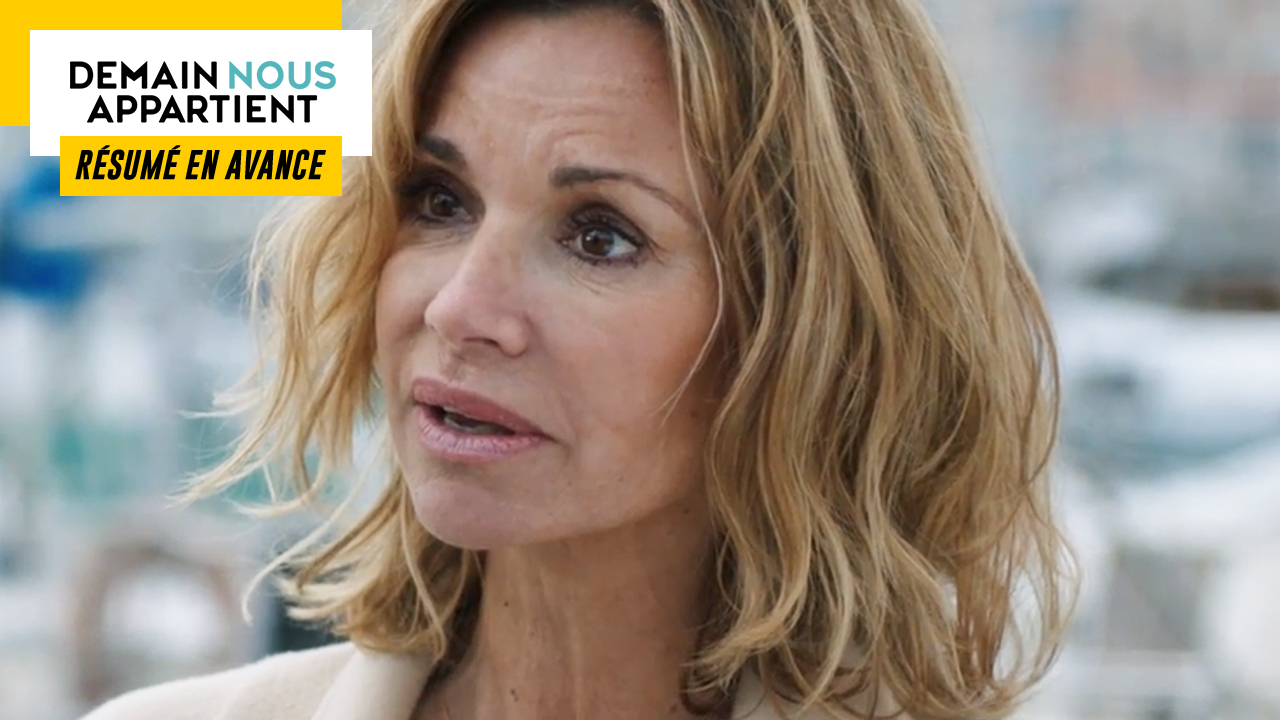 In the next episode of “Tomorrow belongs to us”… While Garance confesses and makes a radical decision, Raphaëlle lies to Chloé. Brigitte is back in Sète.

Tuesday April 5 in Tomorrow belongs to us…

Karim and Sara have found the trace of the stolen vehicle and go directly to the scrapyard. Even if the manager of the place tells them that the car they are looking for was destroyed the day before, they still ask to see the carcass. And the police are obviously lucky since following a technical incident she did not go to the press. While searching the vehicle, Sara and Karim hear a noise coming from the trunk and then release Gabriel who is rushed to the hospital.

Later, Karim goes to Gabriel’s bedside to question him. The latter is convinced that Garance tried to kill him because she had understood that he had doubts about her. For him, his former classmate also killed Romain and his sister. After promising to take her accusations seriously, Captain Saeed tries to find out if he saw Garance assaulting him. Unfortunately, the Geho son only felt someone grab him from behind.

At the station, Sara, Damien and Karim find it hard to believe that Garance could have attacked Gabriel. Given his size, they don’t see her succeeding in dragging him to the trunk of a car. Karim therefore wonders if Olivier’s daughter might not have an accomplice.

Later, Sara discovered that Garance had signed up for a private Facebook page on which she had discussed a sexual assault a few weeks after the clandestine party. However, she never filed a complaint. The police therefore imagine that she could have met Romain Melville in the corridors of the establishment after having left the party before everyone else. The latter could very well have sexually assaulted her at that time. In fact, Garance could have killed Romain by accident or self-defense. In a panic, she would then have buried the body alone or with an accomplice.

At the same time, Garance sends a video to Sara, Olivier and Charlie in which she confesses.

” My name is Garance Doucet. It was I who killed Romain Melville. It was at the clandestine party at Agnès Varda two and a half years ago. I didn’t know him before tonight. It was sticky, heavy. And at some point, he wasn’t there anymore so I thought he understood. But when I left for the party, he followed me.

It was in a hallway, there was no one there. Just the two of us. He assaulted me. He kissed me forcefully and he put his hands under my clothes. I knew he wouldn’t stop and that he was stronger than me. So I don’t know how but I took an iron bar from the yard and slapped him in the face. Just once but he fell down. He was bleeding from his temple. He had his eyes open. He was dead.

Afterwards, I pulled his body and buried it in the basement of the school. And I waited until the end of the evening to set the fire. Three weeks ago, when Romain’s sister came to town, I panicked. So I got rid of her. And when I wanted to move Romain’s body, Chloé Delcourt almost saw me so I knocked her out. And then after it was Gabriel. I had no choice.

I’m sorry for everyone I hurt. And you dad, forgive me. I love you.

I have to pay for what I did but I can’t bear to go to prison so I prefer to get it over with. I’m sorry… “.

Distraught, Olivier immediately goes to the hospital and starts looking for his daughter. Unfortunately Garance is nowhere to be found. While he warns the police, Garance throws herself from the roof of a building.

Raphaëlle spent the night in the arms of Stanislas. Wishing to spend time alone with her, Stanislas urges her to cancel her sea trip with Chloé and Alex. Even though she doesn’t like doing this, Raphaëlle calls Chloé and makes her believe that Stanislas is sick.

Later, Raphaëlle joins Stanislas on his boat for their little trip to the sea. At the same time, Alex and Chloé are strolling in the port and see the two lovers. While Alex thinks their friend lied to be quiet, Chloe declares that she would have preferred her to tell him the truth. Either way, it confirms her feeling about Stanislas that she can’t frame. In turn, Raphaëlle notices her friends in the distance and hastens to hide. For Stanislas, they did not see them.

In the evening, Raphaëlle cannot help but feel guilty and explains to Stanislas that she no longer wants to find herself in this kind of situation. Once he admits to being too impulsive, Stanislas confesses that what he feels for her is strong. If he wants to spend time with her, it’s because he really wants to know her and their story works. To be forgiven, he then offers to invite Chloe and Alex for another trip to the sea.

BRIGITTE IS BACK IN SETE

William and Bénédicte have the unpleasant surprise of seeing their mother waiting for them at the hospital reception. And Brigitte did not come empty-handed since she has many suitcases with her. Indeed, she did not want to wait for her husband to retire to come and see her children and grandchildren.

As her house has been rented for several weeks, Brigitte has no place to go. If William makes every effort to ensure that his mother settles in with Bénédicte, the latter tries by all means that she lodges with her brother. While they bicker to escape this chore, Brigitte understands that no one wants her. Assuring that she would have loved to welcome him on the boat if there had been room, Bénédicte ended up winning her case by breaking her mother up with William.

Later, Brigitte is exhausted because she couldn’t take a nap in her two granddaughters’ room. Since she usually sleeps in a north-facing room, she does not hesitate to use emotional blackmail to obtain William and Aurore’s room.

At the end of the day, Brigitte takes advantage of the fact that her whole family is gathered for dinner to make a sensational announcement. She left her husband Régis. She may have loved her husband very much, but Brigitte couldn’t take it anymore. After a lifetime of listening to Régis, she now feels the need to feel free and to make her own decisions. She therefore intends to settle in Sète permanently to see her grandchildren grow up.