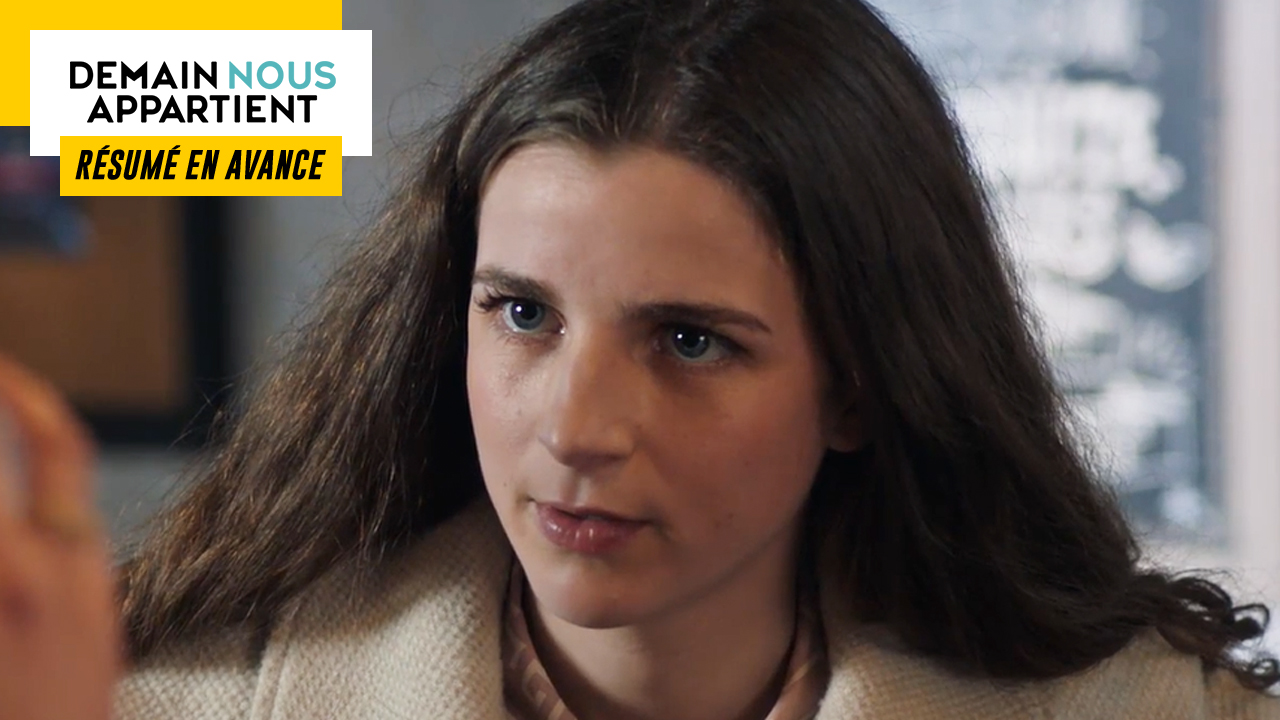 In the next episode of “Tomorrow belongs to us”… While Gabriel’s life is in danger, Raphaëlle introduces Stanislas to his entourage. Marianne takes a dim view of the rapprochement between Christelle and Victor.

Tuesday April 5 in Tomorrow belongs to us…

GABRIEL’S LIFE IS IN DANGER

Gabriel was kidnapped and spent the night in the trunk of a car. No matter how much he shouts for help, no one can hear him since the vehicle is parked in a sort of impound lot.

Meanwhile, Timothée is worried because Gabriel hasn’t come home all night. Finding it strange too, Noor immediately call the police.

At the police station, Karim confirms to Brunet’s son that Gabriel didn’t go to work and tries to find out if he hasn’t noticed something strange near their building. According to Timothée, a car in very poor condition with the right rear door kicked in was parked in front of their house and started off when he arrived at his house. If he did not see the driver, Timothée was however able to find the license plate.

Later, the police provide an update on Gabriel’s disappearance. Karim checked the registration of the car and discovered that it had been stolen the day before at the end of the day. Unfortunately, she still has not been found. Captain Saeed then imagines that Gabriel could have stolen the car, got rid of his cell phone before fleeing. The police therefore suspect the son Guého of being the murderer of Romain and Alizée Melville. Since there is no evidence that he was alone, Karim also considers the possibility that Bart could be his accomplice. For his part, Nordine believes that Gabriel could have been kidnapped. Although Karim recognizes that it is a possibility, their priority remains to find the car.

At the same time, Gabriel tries by all means to escape from the trunk of the car but without success.

In parallel, Noor and Charlie are Spoon. Certain that Gabriel could not have disappeared alone, they consider that someone could have taken it out on him. Charlie then suspects Garance of having killed the Melvilles and then of having made Gabriel disappear to prevent him from speaking. A hypothesis to which Noor subscribes, especially since it was Garance who last saw Romain Melville on the evening of his death. At the same time, the Doucet girl shows up at the Spoon and informs them that she has received a call from the police regarding Gabriel’s disappearance. Faced with their silence, Garance understands that her friends suspect her of being the cause of his disappearance.

At the Delcourts, Anna, Louise and Chloé are having a coffee. Worried, the psychologist fears that her son will crack after what recently happened to Flore. Despite everything, Chloé encourages him to keep hope.

At the station, Damien noticed traces of a super strong anesthetic on Gabriel’s headphones. There is now no longer any doubt for Karim and Sara that the young man has indeed been kidnapped. Although there is little chance that he is still alive, Karim urges his teams to find the car as soon as possible.

A stone’s throw away, Gabriel’s life is more threatened than ever since the vehicle in which he is locked up is about to be crushed… Will the young man make it?

RAPHAËLLE PRESENTS STANISLAS TO HIS entourage

Raphaëlle and Stanislas spent the night together. Happy, Raphaëlle would like to spend more nights with him. As she won’t be able to send her daughter to Dorian’s every evening to spend time with her lover, Stanislas suggests that she spend the evening on his boat or even better, that she officially introduces him to Camille. Only, Raphaëlle thinks that it is a little premature for that but promises however to think about it. The couple then decides to meet again the next day for a sea trip after work.

Later, Raphaëlle has lunch with Alex and Chloé at the Spoon. Looking smug, the lawyer tells them how good she feels with Stanislas, whom she depicts as a kind, considerate and funny man. While she wonders if it’s not too early to officially present Stanislas to Camille, Chloé thinks not and even urges him to do so. A few seconds later, Stanislas bursts in and meets the Delcourt couple.

During the discussion, Stanislas invites Chloé and Alex to join them for a trip to sea the next day, which they accept with pleasure. If Alex thinks that Raphaëlle seems to have found the man she needed, this is not the case for Chloé who seems more reserved.

At the end of the day, Raphaëlle invites Stanislas to her home to officially introduce her to Camille. For his part, the latter did not come empty-handed since he offers a bouquet of flowers to Camille and salted liquorice to Raphaëlle.

At the hospital, Victor gives Christelle a book by Victor Hugo to thank her for listening to him last Friday. The former businessman then takes the opportunity to seek his help in obtaining information on potential aid for young people in Timothée’s situation. What she accepts with pleasure.

At the same time, Mr. Dumoret did not miss anything from their exchange and believes that Christelle caught Victor’s eye. If Christelle has fallen into her little game of repentance, this is not the case for Dumoret who warns Victor that it is not because he is old and dying that he is going to take tweezers. Then to launch that he is not afraid to come to blows.

At lunchtime, Christelle takes stock with Victor of all the aid that Timothée can benefit from for his studies. Marianne, who hears them discussing, waits until Victor has returned to work to warn the social worker. She reminds him that she has recently become a millionaire and urges him to be on his guard because Victor is a crook. In vain.

At the end of the day, Victor questions his son about the Moreno children. As Timothée seeks to understand why he is so interested in Christelle, Victor pretends to be simply curious.