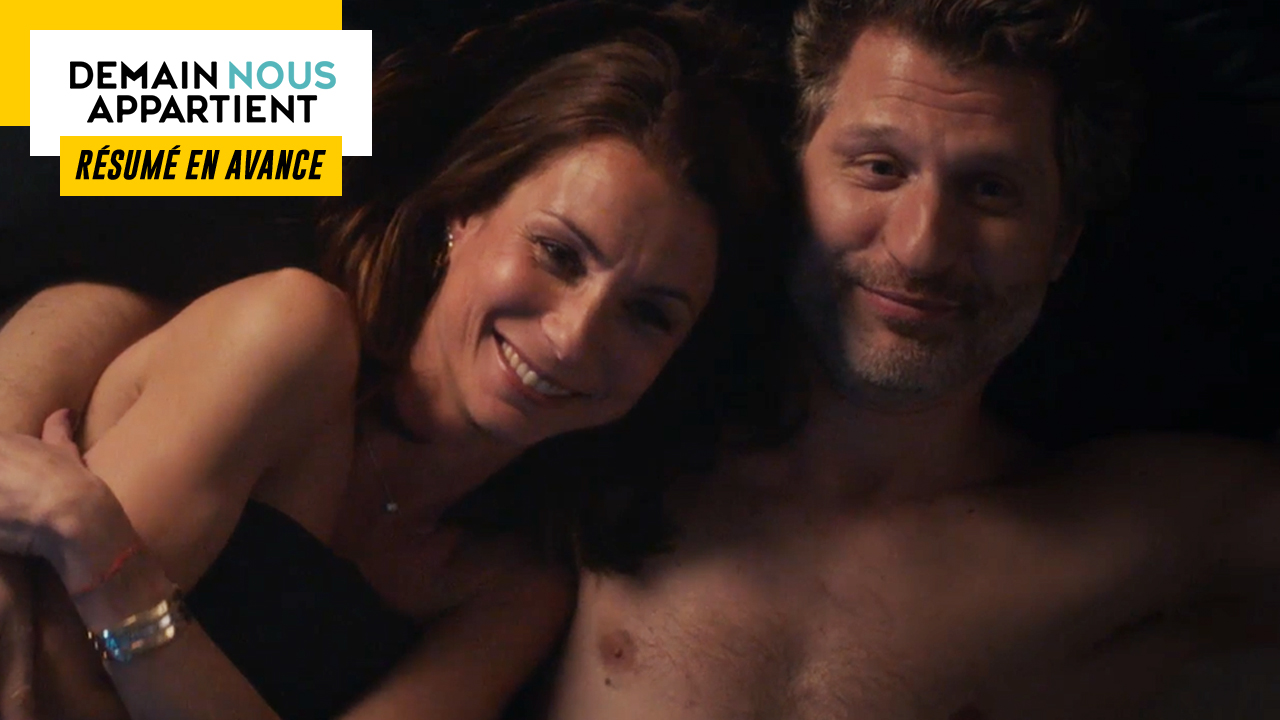 In the next episode of “Tomorrow belongs to us”… While Sara and Roxane are targeted, Alex gives Chloe a present. Raphaëlle and Stanislas are moving up a gear.

Friday 1er April in Tomorrow belongs to us…

SARA AND ROXANE ARE TARGET

In the early morning, the police arrive at the Moreno’s to search their home. While Christelle tries to understand what is going on, Sara tells her that Charlie is suspected of murder. While searching his bag, Damien finds a pair of latex gloves with cornstarch powder, like the one the police found on Chloé Delcourt’s clothes. Sara and Damien therefore ask him to follow them to the police station and give them his phone and his laptop.

On the spot, Charlie is interrogated by Karim who tries to find out why his phone stopped near the school on the evening of Chloe’s attack. The young woman then claims to have simply forgotten him at home, but Karim does not believe it. During the interrogation, the policeman notices that Charlie receives many messages from a certain “F

Meanwhile, Gabriel informs Noor and Garance that Charlie has been arrested. By evoking the death of Romain, the Beddiar girl reproaches Gabriel for not having told them that he knew him and then implies that he may have killed him. As the tone rises, Garance intervenes and says that she is fed up with this paranoia. If it’s to accuse each other, she prefers that they no longer see each other. For Gabriel, Garance is right and he decides to leave.

For her part, Sophie Novack has taken charge of Charlie’s case and is pushing her client to tell her the truth in order to defend her properly. She then says that she was waiting for her boyfriend at the end of high school the evening of Chloé’s attack and that she lied to the police because her companion is a teacher. Even if she finds her sacrifice very noble, the lawyer reminds her that she risks prison. Only, the Molina girl believes that she will no longer be able to look at herself in a mirror if she sways François. So she won’t say anything.

Not far from there, the police bring together the teaching team of Agnès Varda to discuss the current case. On this occasion, François learns that Charlie is in police custody.

Without waiting, he arrives at the police station and reveals to Captain Saeed that he was with Charlie the evening of Chloe’s attack. He then adds that he has been in a relationship with her for some time and she keeps quiet to protect him.

At nightfall, Sara and Roxane return home and realize that the lock has been forced. On the living room table, they discover two balls accompanied by a word on which one can read, ” You and your bosses stop stirring shit or it’s gonna end badly for you “.

Alex would like to give Chloe a present. Since he doesn’t know her tastes, the oyster farmer asks for the help of Noa and Sylvain who advise him to give her an elegant dress or why not a gala dress.

On their advice, Alex returns home and offers a red dress with a deep neckline. A garment that does not seem to Chloé’s taste at all. And if she was hoping to leave it lying around in the back of her closet, Alex then invites her to dinner at Spoon so she can wear it.

Later, Marianne visits her daughter. Seeing the dress Alex gave her, Marianne can’t help but find it filthy. According to her, even a reality TV candidate would consider her too vulgar. Marianne therefore begs her daughter not to wear it but Chloé unfortunately has no choice.

At the Spoon, Chloé is uncomfortable, which does not escape Alex who understands that she hates her dress. Back to the wall, Chloé recognizes that it’s not really her style but that she didn’t dare to tell him. At home, Chloe decided to get revenge by offering Alex tickets to a Russian film festival.

In the hope of having her evening free, Raphaëlle offers her daughter to go to the screening of West Side Story which takes place on the docks with Dorian. Since she has no class the next day, she even enjoins him to stay at his place to sleep. Far from being fooled, Camille understands that her mother is trying to get rid of her and wishes her a good evening with a teasing smile.

Indeed, Raphaëlle invited Stanislas to dinner at her place and pulled out all the stops. After going to the hairdresser and the beauty salon, she starts cooking. When he arrives at her place, Stanislas uncorks a bottle of champagne then toasts to the hazard of life. Quickly, they kiss passionately before making love. While in each other’s arms, they decide to spend the night together.