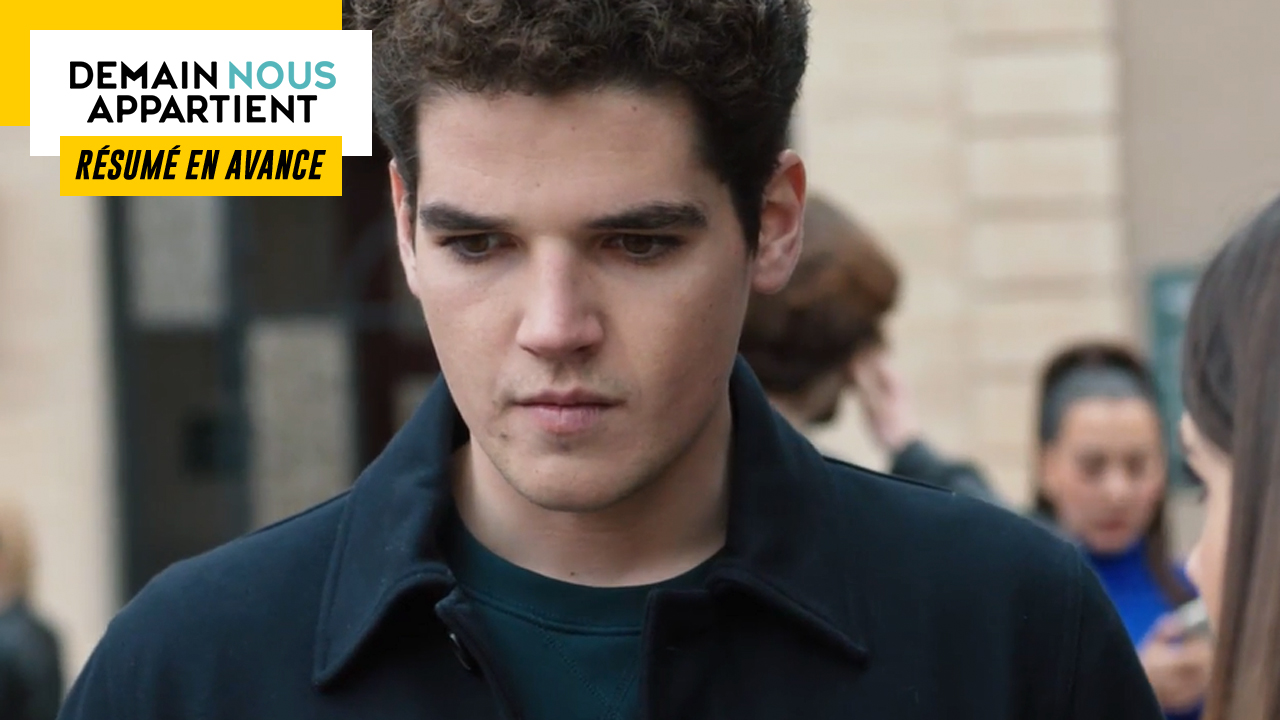 In the next episode of “Tomorrow belongs to us”… While Charlie lied to the police, Damien manages to put Jordan in his pocket. At the same time, Samuel falls from above.

Thursday March 31 in Tomorrow belongs to us…

CHARLIE LIED TO THE POLICE

At the police station, Charlie is questioned by the police. Looking at the photo of Romain Melville, she remembers having dismissed the young man during the clandestine evening. Indeed, Romain was under the influence of alcohol and flirted heavily. Although she pushed him away, Romain didn’t listen to her. So Charlie ended up slapping him but that didn’t really calm him down either. After insulting her, Romain went back to dancing as if nothing had happened. For her part, the Molina girl left the party and never saw him again.

Sara and Karim imagine another scenario and consider that she could have killed Romain by accident. This is why Captain Saeed asks her where she was the night Alizée was killed and when Chloé was assaulted. Charlie then indicates that she was at home for the first and at the beach for the second. Subsequently, Charlie is released but must however be at the disposal of the police.

Once Charlie has left, Karim says he is certain that the pact of the five high school students has something to do with the death of Romain and not with the fire of Agnès Varda. So he decides to re-examine them all.

For her part, Garance saw Romain only during the clandestine evening and explains that he insisted that she take cocaine. She then specifies having seen Gabriel and Bart kicking him out. Noor portrays an alcoholic boystar, sticky and painful. Indeed, Romain would have been very enterprising towards him and would have had wandering hands. In addition, she says she saw Charlie slap her during the evening.

Meanwhile, Louise got a new parlor with Bart. Now convinced of his innocence, she apologizes to him for doubting him. The Vallorta son then admits that if he did not speak to her about that evening when they met, it was because he did not want her to take him for an irresponsible kid. Even if he trusts her, Bart wants above all to spare her his nonsense. To seal their reconciliation, they embrace.

In high school, Charlie tells Gabriel that the corpse found in the cellars of the establishment belongs to Romain. Particularly nervous, he insists on knowing what she said to the police. When she asks him if the victim knew him, Gabriel says no. At the same time, he receives a call from the police station for a summons at the end of the day. Disturbed, he hastens to go to the toilet to vomit.

Not far from there, Karim interrogates Bart in prison. The latter remembers Romain Melville perfectly since he was a friend of Gabriel. He was the one who invited her to the party. The Vallorta son then swears that Romain was alive when they kicked him out with Gabriel.

In the evening, Captain Saeed is with Gabriel but the interrogation is interrupted by Roxane who reveals to Karim that Charlie lied since she was around the school the evening of Chloe’s attack.

In the early morning, Jordan surprises Damien doing push-ups in the living room. The policeman therefore urges him to play sports with him, but the teenager refuses. In high school, Jordan questions Lilian about her rehabilitation. Wishing to take up sport to gain muscle mass, the Roussel son would like him to train him but the latter does not really have the motivation for that at the moment.

At the same time, Lizzie spends time with her mother. As the latter continues to receive messages from Damien, she shares her fears with him. Indeed, Lizzie is afraid that her mother will be tricked by the policeman and that he will show her true nature once she is well attached to him. Also, Lizzie doesn’t feel like home since he moved in. After telling him that the situation was temporary, Audrey certifies that her story with Damien is different from what she has known so far.

At the end of the day, Jack and Jordan do a sports session with Damien in a good mood. When Jordan announces that he hopes to do this again tomorrow and the following days, Damien tells him that he will soon be going home. The two teenagers therefore invite him to stay at home until the end of the work in his apartment, which he accepts without hesitation. If Audrey is happy, this is not at all the case for Lizzie.

Samuel and Victoire are on cloud nine and intend to make up for their 19 days of abstinence. For their part, Benjamin and Alma have lunch together at the Spoon. Although she loved the night they spent together, Alma isn’t looking for a relationship. Good news for Benjamin who is on the same wavelength.

Later, Victoire and Samuel go to the Spoon and see Alma and Benjamin. Victoire may ask him not to make a fuss, but Samuel decides to approach them anyway. Even though Benjamin guarantees that nothing is happening between him and Alma, Samuel finds it hard to believe. In turn, Alma confirms that they are not together but specifies however that if that had been the case, he would not have had a say. Having lost his appetite, Samuel decides to leave the establishment. After apologizing to Alma and Benjamin, Victoire joins him.

Afterwards, Samuel confides in Victoire that he finds it twisted that Alma and Benjamin are dating. Since he is convinced that they are doing this on purpose to annoy them, Victoire points out to him that the world does not revolve around him. According to her, he’s just disgusted that her ex bounced back so quickly.