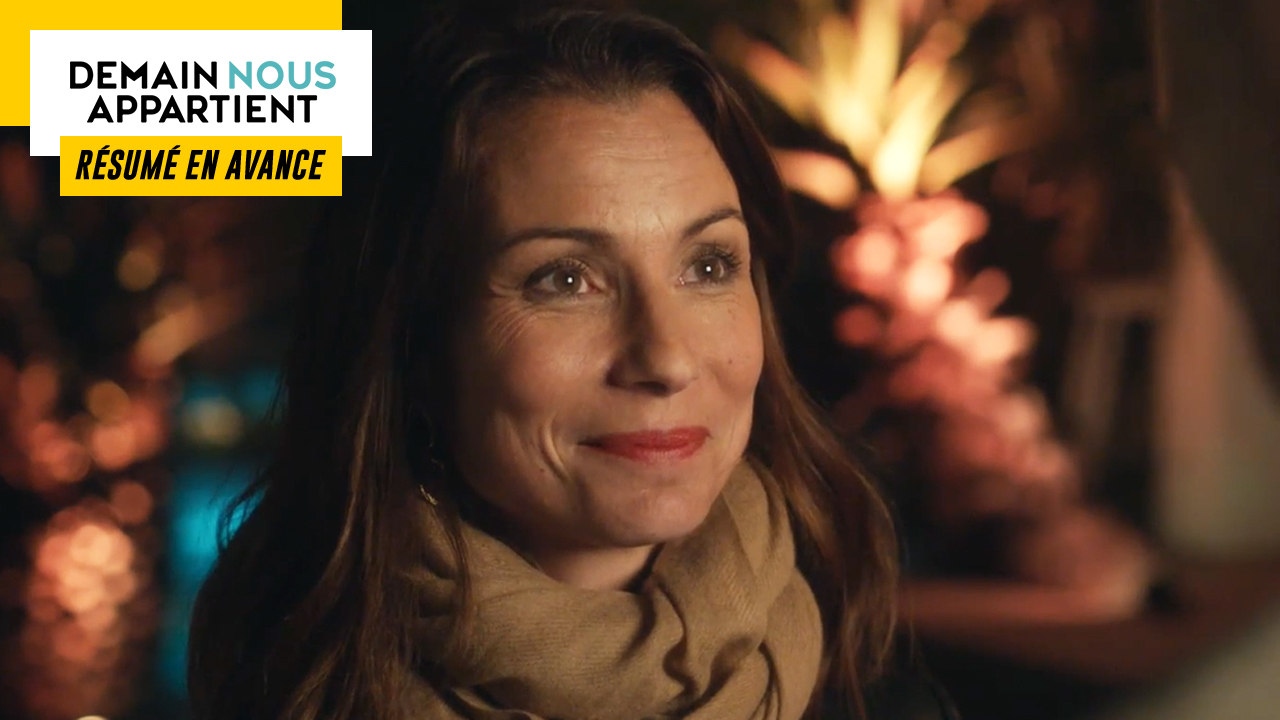 In the next episode of “Tomorrow belongs to us”… While Chloé is attacked, Raphaëlle makes a mistake. At the same time, Etienne becomes the new CPE of Agnès Varda.

Monday March 28 in Tomorrow belongs to us…

Following Charlie’s revelations, the police arrive at Bart’s house. Suspected of having killed Léa Courcelles, he is arrested. While Mathilde and Louise helplessly watch the scene, Bart takes advantage of going to change to delete messages on his mobile phone.

At the police station, he recognizes that it was he who organized the clandestine evening which took place two years earlier at Agnès Varda. As the experts have not succeeded in determining the causes of the fire, the young man indicates that it is possible that the connections of his sound system on the electrical panel caused the start of the fire. At the time, he did not tell the police because he was afraid, but he is now ready to accept the consequences of his actions.

Through a scan of his phone, Sara and Nordine noticed that Bart had deleted a messaging group called “Urgent 10/27/2019”. While the policewoman tries to understand why he did this, he simply replies that he wanted to protect Charlie, Gabriel, Noor and Garance who were also present at this evening. When Sara asks him if it was he who killed Léa, Bart swears not then specifies that he could never have done such a thing. Unfortunately, his lies do not work in his favor.

For their part, Noor, Gabriel and Garance are interrogated in turn by Captain Saeed. On the evening of Léa Courcelles’ death, Noor spent the night at his sister’s house, Gabriel was alone at home and Garance worked all night at the hospital. Moreover, none of them remembers having seen the victim during the clandestine evening.

For her part, Roxane managed to exhume the Facebook page of the event but found no trace of Léa Courcelles among the participants. Despite everything, Captain Saeed is convinced that the former high school students of Paul Valéry are hiding something that Léa was trying to discover. Nordine has news about the neighborhood survey. Indeed, a witness of Bart claims to have seen him arguing with Léa Courcelles on Tuesday evening.

Thereafter, Sara joins Bart in the cell and informs him that the prosecutor ordered his placement in preventive. When she talks about the testimony, the Vallorta son admits having asked Léa Courcelles to stop stirring up this whole story. He also admits that they argued and insulted each other but certifies that he did nothing to her. Thinking him sincere, Sara promises him that with Karim they will do everything to get him out of there. Sara then handcuffs him to take him to the van.

Later, Louise and Anna find it hard to believe that Bart murdered Léa Courcelles to cover a clandestine party dating back two years. Only, Louise wonders if that isn’t hiding something else because she’s been finding it strange for a few weeks. As Anna considers that her son’s condition is linked to the fact that he went to see Flore last weekend, Louise tells her that it is impossible since his stepmother still does not have the right to visits. The two women therefore understand that Bart lied again without really knowing why. Imagining the man she loves in prison making her sick, Louise hopes the police will quickly clear it all up.

As night falls, Chloe is about to leave school when the light in the hall suddenly goes out. As she turns on her cell phone to light up the surroundings, someone hits her violently in the head.

At the Delcourts, Raphaëlle confides in Chloé that she had a little crush on Stanislas. However, now that they have completed the report, she no longer has any reason to see him again when she is dying to do so. Chloé therefore urges him to contact him to invite him for a drink. While they are looking for the right words to send him, Raphaëlle sends by mistake ” I find you very sexy. I really want to make love with you on a bed of rose petals. “.

If Stanislas did not answer his message, he did, however, have a bouquet of red roses delivered to him with a small card on which one can read ” Ok for the proposal. Here are the roses already. “.

In the evening, Raphaëlle and Stanislas meet for dinner. After she apologizes to him for the inappropriate message, they have a good time together and even order champagne to toast their meeting.

At the end of the evening, Stanislas accompanies Raphaëlle home then invites her to do this again at his place the next time. Raphaëlle doesn’t say no and kisses her furtively before going home.

Étienne canceled his private lesson with Mona for no reason. Georges’ mother deduces from this that he gave up because she is difficult, but Dorian assures us that this is not his father’s style at all. In reality, Mona seems relieved until she sees Etienne on the school grounds.

Later, Chloé introduces Étienne to her students as Agnès Varda’s new CPE. A huge surprise for Dorian who was unaware. After introducing himself in turn to the whole class, not without humour, Étienne hits hard by doing an intervention on AIDS to raise awareness among his students.

Subsequently, Étienne tells Chloé that he thought he was done with national education. But while tutoring Mona, he realized how much he missed connecting with the students. Shortly after, Étienne joins Mona in the courtyard of the establishment. With his new position as CPE, Étienne will unfortunately no longer have time to give him private lessons. However, he says he is certain that she will pass her baccalaureate and promises to keep an eye on her.