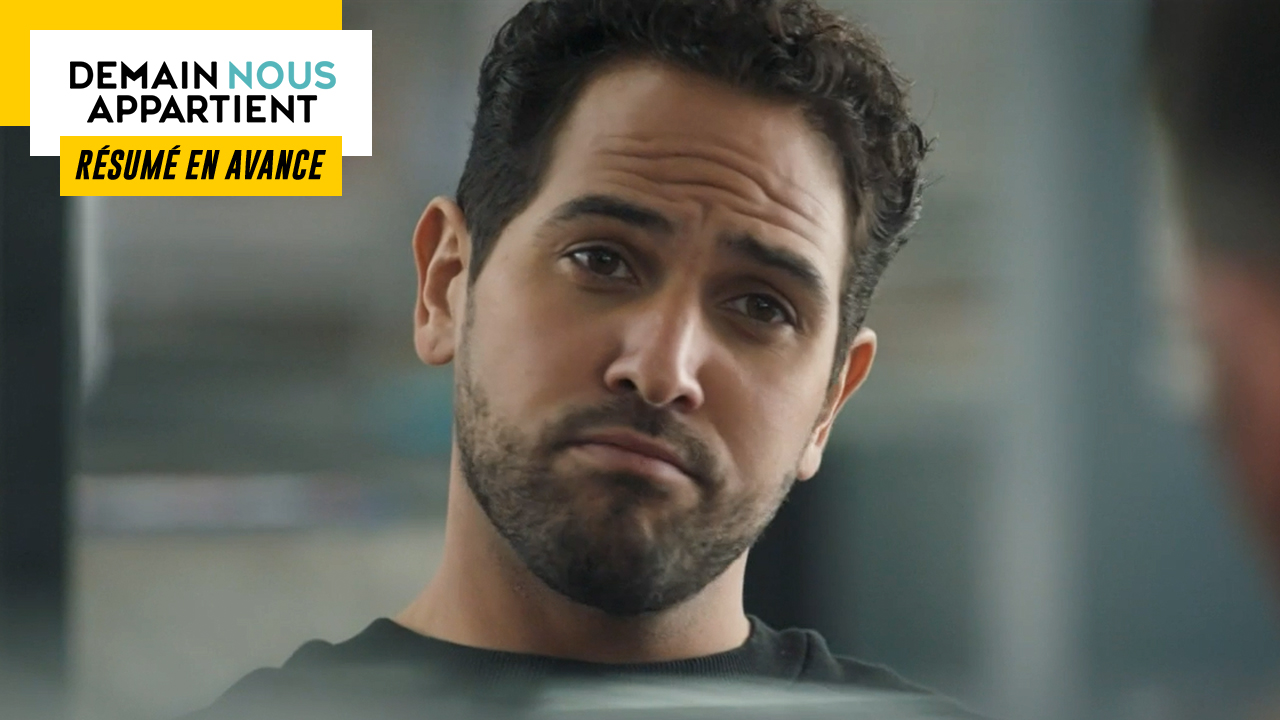 In the next episode of “Tomorrow belongs to us”… While a passerby makes a macabre discovery, Victoire and Samuel do everything not to give in to temptation. At the same time, Maud makes an announcement to her mother.

Thursday March 24 in Tomorrow belongs to us…

A PASSINGBY MAKES A MACABRE DISCOVERY

Thanks to the call for witnesses, the police managed to find the hotel room where Léa Courcelles is staying. Dispatched to the scene, Damien and Karim search the premises from top to bottom. While Damien retrieves the young woman’s toothbrush to take a DNA sample and try to identify her, Karim finds bullets hidden in a pair of boots.

For her part, Anna felt that her son was stressed because of Léa Courcelles and went to his house unexpectedly to hear from him. If Bart claims to be simply worried about Mathilde and Louise, Anna knows there is something else. Only, Bart loses his temper in the face of his mother’s repeated questions. After having presented his apologies to her, he makes her believe that he saw Flore this weekend and that it was very hard for him to see her in this state.

Meanwhile, François and Charlie are spending time alone by the sea. Shortly after, the French teacher receives a notification on his mobile phone of the call for witnesses updated by the police. Seeing the photo, he immediately recognizes the reporter who interviewed him about the fire. Without waiting, François ends their meeting and goes to the police station to give his testimony.

After taking her statement, Sara goes to the school to question Olivier who affirms that Léa came to ask him questions about the fire. And to add that he noticed a tattoo protruding from his left sleeve.

Thereafter, Sara and Karim continue to lead the investigation and end up taking an interest in the fire of Agnès Varda. They therefore summon Mr. Delin, a firefighter who intervened on the evening of the tragedy.

On October 27, 2019, firefighters were called in the middle of the night for a fire starting in part of the establishment under construction. At first glance, the school was empty. The investigation had also concluded to an accidental fire. As there was an electrical network problem, it could not be criminal according to Mr. Delin. When Sara shows him Léa’s photo, he doesn’t remember her and doesn’t understand why she is investigating an incident that caused no casualties except him.

Indeed, when arriving on site, the fire was already important and part of the frame fell on it. He then found himself trapped in the flames, burned on both arms and half of his face. That night, his whole life stopped because it deprived him of his dream of continuing to be a firefighter.

Not far from there, Louise reports to Bart the discussion she heard between two policemen. According to them, Léa Courcelles is looking for information on a fire that took place in Agnès Varda. When Louise asks him if Karim told her about the ongoing investigation, Bart loses his temper. Louise then points out to him that he can’t stand anything right now.

At nightfall, a man throws garbage cans into the container of his building when he discovers Léa’s lifeless body.

VICTOIRE AND SAMUEL DO EVERYTHING NOT TO GIVE IN TO TEMPTATION

Determined to take up their challenge, Samuel and Victoire know that the only way to achieve this is to avoid crossing paths. This is why they ask Marianne to change their call schedules. However, she is not fooled and has understood very well that this request is linked to their challenge. Although she is aware that it is difficult for them, Doctor Delcourt has no intention of modifying the schedules.

In order to control their impulses, Victoire and Samuel turn to Bénédicte who teaches them the technique of tantra. As she insists that they absolutely must resist the temptation, Samuel realizes that she has bet on them. Bénédicte confesses to them that the whole hospital is on the spot.

MAUD MAKES AN ANNOUNCEMENT TO HER MOTHER

Maud announces to her mother that she has been taken on to play for two months in an orchestra. However, his internship takes place in Toulouse and rehearsals begin on Monday. While Raphaëlle worries about her daughter’s studies, she has already organized everything. Indeed, the teenager plans to move in with her father to follow the lessons there and to return to Sète on weekends as well as for school holidays. Hurt to be the last to know, Raphaëlle calls Xavier and reproaches him for not having told her about their daughter’s plans.

Later, Raphaëlle receives a visit from Stanislas at her office, who has come to give her an estimate for her electric scooter. Noticing her little face, he invites her to go for a walk to take her mind off things. What she accepts.

During their walk, Raphaëlle confides that her youngest daughter has decided to go live with her father. A failure for the lawyer who has the impression that her family does not trust her. To change the subject, Raphaëlle then questions Stanislas about his life. He then tells that he is a skipper and that this job has cost him dearly since his ex left him because of his absences. A difficult break from which he is just beginning to recover. However, Stanislas is not yet ready to meet anyone. Before leaving for his appointment, he tells Raphaëlle that he was delighted to get to know her better.

Back home, Raphaëlle spends time with her two daughters.