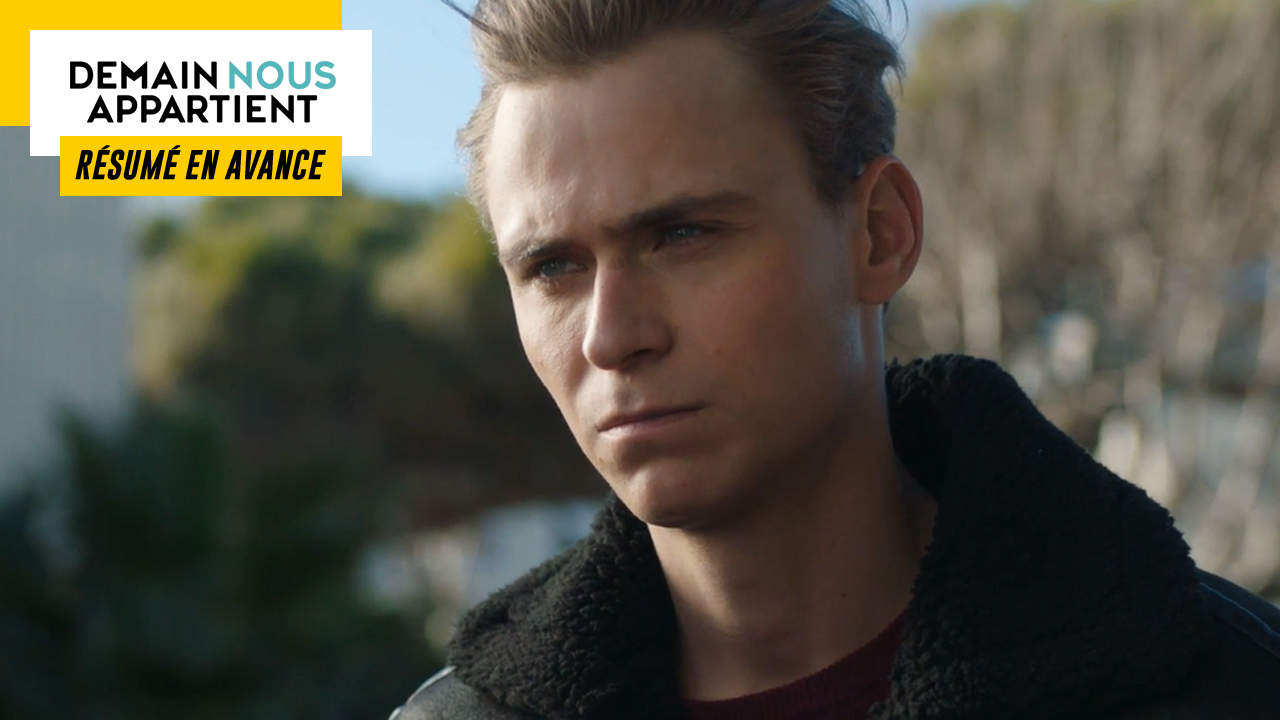 In the next episode of “Tomorrow belongs to us”… While Léa follows Bart, Roxane and Béatrice find common ground. At the same time, the Lopez-Diallo children do not intend to stop there.

Wednesday March 23 in Tomorrow belongs to us…

Following his attack, Nathan was hospitalized but fortunately he is fine. Angie is at his bedside and wonders if they should tell the police about the armed woman who was present on the school grounds. Only, the teenager refuses that his girlfriend has problems because of the clandestine party they organized. When Karim arrives to ask him a few questions, Nathan makes him believe that he was attacked by a man a few steps from Agnès Varda.

Meanwhile, Chloe has contacted the police after the cleaner reports a break-in on school grounds. As there is no camera in the establishment, the police go through the CCTV images of the surrounding cameras and discover Dorian, Camille, Angie and Mathilde carrying Nathan near the port after his attack. Shortly after, Nathan is summoned to the police station. On the spot, he admits to Karim that he was attacked by an armed woman in the enclosure of Agnès Varda before establishing a composite portrait of his attacker.

Not far away, Chloe informs Captain Saeed that nothing was stolen from the school. On the other hand, rooms were visited and the archives searched. When Karim shows her the composite portrait, the principal does not recognize her. Aurore then asks Roxane to call for witnesses.

Meanwhile, Léa has entered Gabriel’s apartment and searches the premises from top to bottom. On returning to the roommate, Timothée however forces her to stop her search and flee.

At the Spoon, Louise comes across the call for witnesses and recognizes the journalist who wanted to interview them a few days earlier. As she plans to surrender to the police, Bart tries to dissuade her but without success.

Later, Bart meets Anna and Karim. The latter explains that Louise went to see them earlier in the day to make a statement. After researching, Captain Saeed found several Léa Courcelles in the area but none matched the composite portrait. The policeman therefore thinks that the young woman used a false name. Also, Karim learned that no one had moved into the street from Louise and Bart recently. Finally, all they know is that this mysterious Léa Courcelles is armed and determined.

In the evening, Bart joins his old school friends at the roommate and tells them that the police suspect nothing. However, they would like to know what Léa wants from them and why she is after them. For Charlie, they are all in danger because of Bart. Angry, he grabs her by the collar and orders her to shut up. For his part, Noor intervenes so that he lets go of her and then reminds her that she has the right to say what she thinks. For his part, Gabriel disagrees with Charlie and according to him, it’s not Bart’s fault since no one made them go there that night. He then points out to them that they made this decision all together. Garance thinks they should lay low until this thing settles down. Léa’s composite portrait being everywhere, she hopes this will discourage her.

At nightfall, Bart returns home without knowing that Léa is following him with a gun in hand.

Béatrice is back in Sète and arrives by surprise at Sara and Roxane’s. Indeed, she came to offer them a robot that will change their lives. She also takes the opportunity to tell the two young women that they can count on her during the pregnancy, especially since she now lives nearby.

However, Beatrice is upset that it is not her daughter who is carrying the baby and fears that Sara has no rights over this child in the event of separation. But the policewoman assures that she will have as many rights as his wife over the baby. Subsequently, Béatrice admits that she would have liked to have a biological link with her future grandchild.

A few meters away, Roxane overheard their conversation. Although she does not resent her stepmother, she later confides in her wife that it was not easy for her. For Roxane, Béatrice wanted Sara to carry their child not for a question of parental authority but so that he would look like her. To comfort her, Sara shows her a photo of her as a baby to show her that they escape the worst.

On returning, Roxane takes advantage of being alone with Béatrice to tell her that she overheard her conversation with Sara. While she has every right to disagree with their decision, Roxane doesn’t want any additional tension as her surgery approaches. Even if she is aware that she has no say, Béatrice cannot help but be afraid that her daughter will regret this decision. Concerning the genes, Béatrice specifies that Sara is her only family and that she would have liked her to grow. From now on, she nevertheless promises to be benevolent and full of little attentions. To seal this pact, they then embrace.

THE LOPEZ-DIALLO CHILDREN ARE NOT INTENDING TO STOP THERE

Noor got out of the hospital and spent the night with Victoire and Soraya. Although she is perfectly aware of the complexity of her story with Cédric, Noor does not see it very well. If she understands, however, that he wants to spend time with his children, Soraya reminds him that she too needs support. She therefore asks him to ask himself the question of where this relationship will lead them. Annoyed, Noor gets carried away and reports that her stories with Rémy and Thomas ended badly before leaving the place.

Later, Cédric arrives at the roommate to see Noor. Unfortunately, it is Soraya who opens the door and asks her to leave her alone. After telling her all the bad things she thought about their relationship, the lawyer slams the door in her face. Realizing that his sister didn’t let him in, Noor catches up with him at the foot of the building and apologizes to him. Cédric then declares that his sister is right and that he has nothing to offer her. Not only is he aware that he is hurting everyone, but he also knows that his children will never accept that he is in a relationship with her. Despite everything, Noor is in love and feels certain that they will find a solution. She therefore enjoins him not to be afraid of the future. Once he has kissed her, Cedric takes her in his arms.

Back at the hospital, he tells Beatrice that communication with his son is complicated at the moment. As he considers giving him space to digest the situation with Noor, Beatrice instead encourages him to show that he is there for him.

As night falls, Lilian and Jahia tell Jordan that they will never accept their father’s new girlfriend. For his part, Jordan points out to them that unfortunately they can’t do anything about it if they really love each other. However, the Lopez-Diallo teenagers have every intention of forcing their father to make a choice between Noor and them.