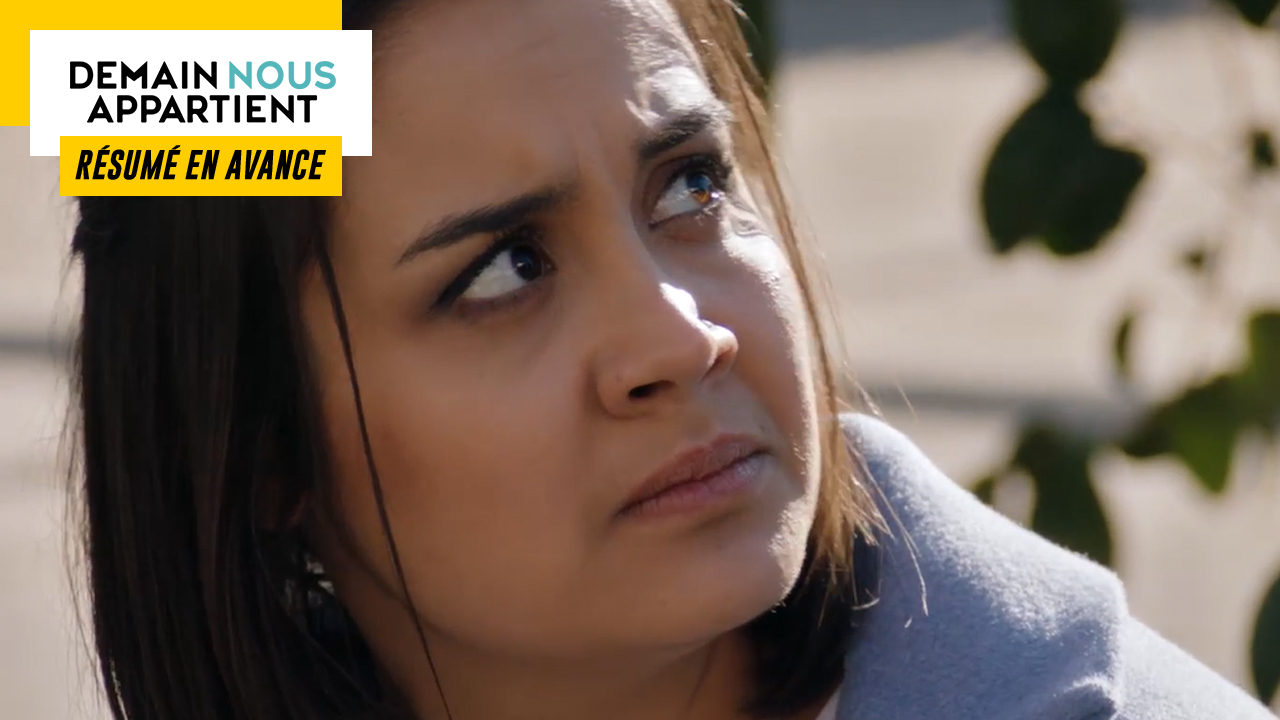 In the next episode of “Tomorrow belongs to us”… While Noor has a terrible accident, Victoire spends the night with Samuel. At the same time, Damien tries to get closer to Audrey’s children.

Wednesday March 2 in Tomorrow belongs to us…

NOOR HAS A TERRIBLE ACCIDENT

At the roommate, Gabriel spent the night on the couch. When Timothée informs him that Noor hasn’t come home all night, he hastens to send her a message to ask her forgiveness for her behavior the day before. However, she blocked him and found refuge with Soraya. While the lawyer encourages her to file a complaint against Gabriel for sexual assault, Noor refuses and then assures her sister that she is fine. Before leaving for work, she receives a new message from the crow which writes, “I know everything”.

Meanwhile, Cedric takes advantage that his wife is busy cheering up their son to rummage through his phone. When she sees him doing this, Cédric makes her believe that he needs his charger.

Not far away, Noor is wandering the streets of the city when she receives more messages from the crow. Certain that the man walking behind her is following her, she panics and then threatens to call the police. But Noor was on the wrong track since the stranger was simply joining friends.

Frightened, Noor finds Cédric in the hospital and shows him the last messages she received. As he has received nothing on his side, the young woman understands that the crow is after her. While she wants to talk to the police about it, Cédric reminds her that they can’t do that and thinks it would be better for them to separate. A reaction that does not please Noor who accuses him of only worrying about his image. If the nurse swears that he does this only to protect her, Noor believes on the contrary that he has nothing to do with her.

Meanwhile, Soraya visits Gabriel and accuses him of sexually assaulting her little sister. Stunned, Gabriel takes offense. Although he admits to having been a little heavy, he adds that he did not rape her either. Soraya then tells him that what he has done is very serious and that it is punishable by two years in prison as well as a fine of 30,000 euros. Very moved, the son Gého swears that he didn’t want to hurt her and that he lost his footing because Noor is in love with another man. Despite everything, Soraya retorts that Noor is doing what she wants with her life and then urges her never to approach him again or she will sue him for harassment and assault.

Without waiting, Gabriel rushes to the hospital and assures Noor that he would never have hurt her. Only, for her, he is the author of the many messages she receives. And to specify that he can give his room to Timothée because she no longer intends to live with him.

On returning, Gabriel tries to reach Noor but without success. In a rage, he throws all his roommate’s things in the trash. At the same time, Noor leaves work when a car deliberately runs over him. Faced with the violence of the shock, she hits her head and loses consciousness.

VICTOIRE SPENDS THE NIGHT WITH SAMUEL

Worried, Samuel questions Benjamin about his relationship with Victoire. While Doctor Ventura does not know if things will be able to work out between them, Samuel makes him understand that he cannot turn the page of their history so easily. While he admits he still has feelings for her, Benjamin sadly feels betrayed and doesn’t think they can fix what’s broken. For Samuel, he makes the worst choice by ending his affair with Victoire.

Afterwards, Samuel invites Victoire to have dinner at his house to change his mind, which she accepts. William, who attended the scene, does not hesitate for a second to tease his friend. Even if he is certain that Dr. Chardeau is using the situation to put the hook on Victoire, Samuel certifies the opposite and repeats that he will not try anything out of respect for Benjamin.

In the evening, Samuel and Victoire spend the evening alone together. During the conversation, he confides to her that he sometimes feels blue since his breakup with Alma and more particularly in the evening when he cannot sleep. The two friends spend a good evening but Victoire has drunk too much to go home. Samuel therefore invites him to sleep in the guest room.

In the middle of the night, she arrives in Samuel’s room. In the absence of heating in the room where she sleeps, the young woman invites herself into her bed.

DAMIEN TRIES TO GET CLOSER TO AUDREY’S CHILDREN

Following the old woman’s fiasco, Damien asks Aurore for some advice on how to put Audrey’s children in his pocket. With humour, Aurore advises him to flee because teenagers are often wild and unpredictable beings. Insofar as her colleague insists, she encourages him to persevere but above all to use food as a family mediator.

Without waiting, Damien arrives at the Roussel’s with hamburgers and fries. Audrey being stuck at the Spoon, the policeman is about to leave but Jack and Lizzie finally invite him to stay. For his part, Jordan does not intend to be bought with food. Despite everything, he still ends up cracking up. Although they are perfectly aware that Damien is making an effort, the Roussel teenagers say that their family is doing very well this way and that they don’t need anyone.

Subsequently, Damien joins Audrey at the Spoon. The latter then explains that her children are like cats who defend their territory before letting themselves be tamed. For his part, Damien is ready to do anything to be appreciated and says he is ready to start again until it works. Happy to hear it, Audrey kisses him.