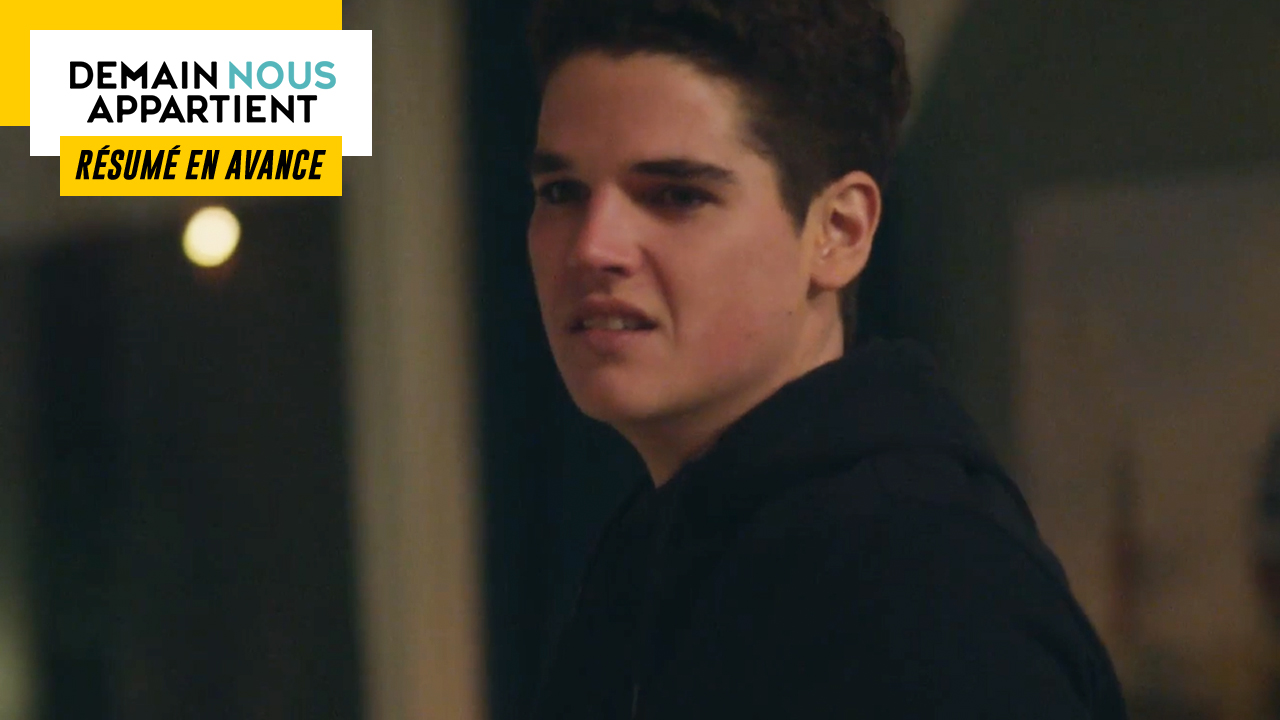 In the next episode of “Tomorrow belongs to us”… While Gabriel drowns his sorrows in alcohol, Damien meets Audrey’s children. Benjamin wonders about his future in Sète.

Tuesday 1er march in Tomorrow belongs to us…

GABRIEL DROWNS HIS SORROWS IN ALCOHOL

After receiving a message from a crow, Cédric makes an appointment with Noor and tells him that someone is aware of their affair. While the young woman thinks that Irene is hiding behind all this, the nurse refutes this idea, stating that she would have confronted him directly if she had had the slightest doubt about his loyalty. When Noor brings up the possibility that it is Lilian, Cédric is certain that it is impossible. Only, Noor doubts it. To get to the bottom of it, she asks Cédric to give her the teenager’s phone codes. During Lilian’s rehabilitation session, she then rummages through her laptop but finds nothing.

Later, Noor is drinking coffee with Victoire when she receives an insulting message from the crow threatening to make her pay. Dr. Lazzari therefore questions her to find out who is sending her this kind of message. But for Noor, it’s just a bad joke that there is no need to worry about.

At the same time, Gabriel drowns his sorrows in alcohol in the middle of the morning, which does not escape Timothée who reminds him that it is bad for your health. He may advise her to fight to recover Noor, the Guého son retorts that it is lost in advance because she is in love with another.

Not far from there, Noor shows Cédric the message she received when Irene arrives at the hospital to pick up Lilian. Without waiting, she lectures him for having planted his son on the evening of Valentine’s Day. Back home, Cédric criticizes his wife for attacking his intern. If she recognizes that she could have shown a little more discretion, she does not regret, on the other hand, having told her four truths. Cédric then makes Irène understand that he can no longer bear her getting involved in everything. Lilian, who overheard their conversation, defends her mother.

A stone’s throw away, Soraya has made an appointment with her sister. Informed by Victoire of the message she received, the lawyer would like to know if her little sister has problems. Noor does try to make her believe that it’s not serious but Soraya doesn’t believe her. As she insists, Noor loses her temper and decides to go home.

At the roommate, she finds Gabriel in a drunken state. While he pushes her to have a drink with him to forget the man she loves, Noor questions her to find out if he is the author of the anonymous messages. Not understanding what she is talking about, Gabriel begs her to relax and is insistent. Shortly after, he blocks her against a wall and then kisses her by force. Once she slaps him, Noor pushes him away demanding that he leave her alone.

At the Roussels, the teenagers question their mother about her relationship with Damien. So that they get to know him, Audrey decides to invite him to their home.

At the Spoon, Audrey invites Damien to have an aperitif at her place to meet her little tribe. The policeman accepts then assures Audrey that he has a great feeling with teenagers. However, the mother panics at the idea that all these beautiful people meet officially and confide in Louise. Having also been there with Bart, the manager of the Spoon guarantees that it will go well.

In the evening, Damien arrives at the Roussels’ and the policeman like the teenagers are shy. Without beating around the bush, Jordan asks him obnoxiously if he intends to hurt his mother. Audrey, who takes it badly, signals to her children that she is old enough to do what she wants with her life. Uncomfortable, Damien prefers to leave to leave them with his family. He then kisses Audrey on the forehead and begs her not to worry too much about what just happened.

BENJAMIN IS QUESTIONING ABOUT HIS FUTURE IN SÈTE

Camille goes to the hospital to check on Emma. Lost, the teenager tells her friend that she does not know if she will one day have the strength to forgive her parents. As she has decided to go live with her grandparents, Emma and Camille promise to keep in touch despite the distance.

Later, Emma receives a visit from Victoire who gives her her exit slip. The teenager takes the opportunity to thank her for having warned the police and then indicates that she was very lucky that Benjamin took care of her. And to add that she will never forget all the risks he took for her. When Emma tells him that she is very lucky to be with him, Victoire has tears in her eyes.

Before leaving the hospital, Emma expresses her gratitude to Benjamin who takes her in his arms and tells her that it was a pleasure to do all this for her. After telling him that she met Victoire, she says that she understands better why he is in love with her.

Meanwhile, Victoire confides in Samuel that she regrets having screwed up her love affair with Benjamin. When Doctor Chardeau hugs her to comfort her, Benjamin surprises them and decides to leave them alone. Immediately, Victoire catches up to him and apologizes to him for not trusting him about Emma. Finding it a pity that they are leaving each other because of this, the young woman insists that he gives their couple a second chance. Only, Benjamin does not know if he will stay in Sète and declares that it is preferable that they leave it there.