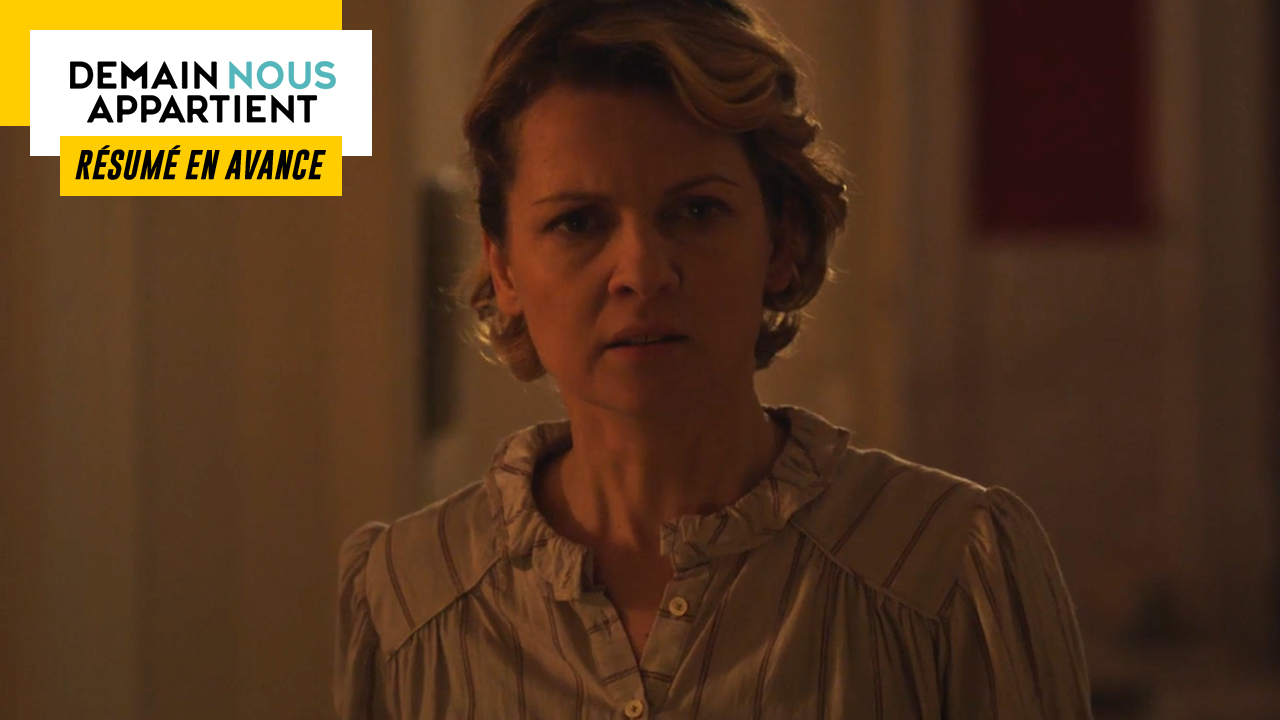 In the next episode of “Tomorrow belongs to us”… While Victoire goes to the Garniers, Cédric puts an end to his affair with Noor. At the same time, Sophie is back in Sète.

Friday February 25 in Tomorrow belongs to us…

VICTOIRE GOES TO THE GARNIERS

Benjamin spent the night in police custody. In the early morning, Karim questions him again and asks him for explanations concerning the sheet stained with blood discovered at his home. While Benjamin swears he took care of Emma, ​​Captain Saeed instead thinks he killed her and tried to cover the tracks. Faced with these accusations, Benjamin gets annoyed and certifies once again that he dropped the teenager off at her parents’. As the policeman still does not believe him, Benjamin asks to speak to Victoire. If Karim refuses at first, he ends up accepting in the hope of finding the young woman as soon as possible.

Meanwhile, Samuel is convinced of his friend’s innocence and tries to reason with Victoire. According to him, Benjamin is an excellent doctor with exceptional empathy. Only, Doctor Lazzari considers that he idealizes him. But Samuel doesn’t budge, especially since in Madagascar, he saw how much he took the fate of each of his patients to heart. Then to clarify that he is incapable of hurting anyone. Shortly after, their discussion is interrupted by Karim who calls Victoire to let her know that Benjamin wants to talk to her.

There, Benjamin guarantees her that he has taken Emma home and says he is certain that Lionel and Fanny are sequestering her to punish her. Since she finds it hard to believe him, he repeats that the teenager is afraid of her parents and that they prevent her from living. This pregnancy was therefore an opportunity for her to finally decide on her life. Fearing that she might have a miscarriage, Benjamin begs Victoire to go to the Garniers to give her an injection of anticoagulant.

Totally lost, Victoire confides in Georges in the corridors of the police station. As she begins to doubt the guilt of the man she loves, Georges urges her not to play her game and not to allow herself to be manipulated. Still attached to her, the policeman cannot help worrying and declares that he will always worry about her. Exhausted, Victoire ends up resting her head on his shoulder. Georges then advises him to take his day off and go home to rest.

After hesitating for a long time, Victoire arrives at the Garniers and claims to have come to check on her. As she noticed a few suitcases at the entrance, Fanny indicates that they are going to the countryside for a few days to decompress. Before she closes the door, Victoire hands her the anticoagulant, stating that it is essential that her daughter take it and that her life depends on it. Following his departure, Lionel comes out of the corridor with Emma whom he keeps prisoner. When she begs them to let her go, Fanny promises that everything will be fine before Lionel adds that tomorrow everything will be over.

CÉDRIC ENDS HIS AFFAIR WITH NOOR

Noor and Cédric spent the night at the hotel. On leaving, the young woman invites him to have a coffee, but the nurse prefers to go home to avoid arousing the suspicions of those close to him. The two lovers then kiss and then return to their respective lives.

At home, Cédric learns from his wife’s mouth that Noor stood Lilian up on Valentine’s Day and that he saw it very badly. However, he thinks his son will get over it very quickly and fall in love again. Despite everything, Irène would like her husband to speak to her intern to clarify things, but he refuses.

Arriving at work, Cédric asks for an explanation from Noor who explains that she didn’t have the courage to cancel her appointment with Lilian. If Cédric does not reproach him, he however feels pathetic in the face of this atrocious situation. Given that there is a strong chance that Lilian will come to see her after her osteo session, Cédric is counting on Noor not to give him false hope.

Later, Noor meets Lilian in the halls of the hospital. Once she apologizes to him, she clarifies that she is not available and then implies that she has a man in her life. As he takes it badly, Noor assures that he will eventually move on.

Afterwards, Lilian joins her father and tells him that he has the impression that nothing is going right in his life anymore. Since the accident, he is at the bottom of the hole and only Noor allowed him to hold on. Cédric may encourage her to turn the page, Lilian does not succeed and instead takes it into her head to fight to win her over.

As night fell, Cédric arranged to meet Noor by the canal. Having realized that he was hurting everyone around him, the nurse puts an end to their story. Indeed, the situation has become untenable and he therefore prefers to stop there before doing too much damage. When Noor approaches to kiss him in an attempt to change his mind, the father of the family steps back before saying that it is not possible. After telling her he was going to miss her, he turns around and then leaves.

SOPHIE IS BACK IN SETE

Sophie Novak is back in Sète earlier than expected. If she makes Raphaëlle believe that she has withdrawn from the double homicide case she was working on because the file was lost in advance, her client has actually fired her.

In financial difficulty, Sophie therefore arrives at the police station and asks Martin to call her directly as soon as a defendant needs a lawyer. However, Commander Constant prefers to continue to follow protocol by appealing to the President of the Bar. Despite everything, the lawyer does not intend to give up.

As she leaves the post, she bumps into Nordine and knocks over her things. To make up for it, Sophie invites him to have a coffee at the Spoon. In the evening, the policeman joins her at the bar. As they get to know each other, Nordine is a bit reserved, which does not escape Sophie who takes the opportunity to put her hand on his.