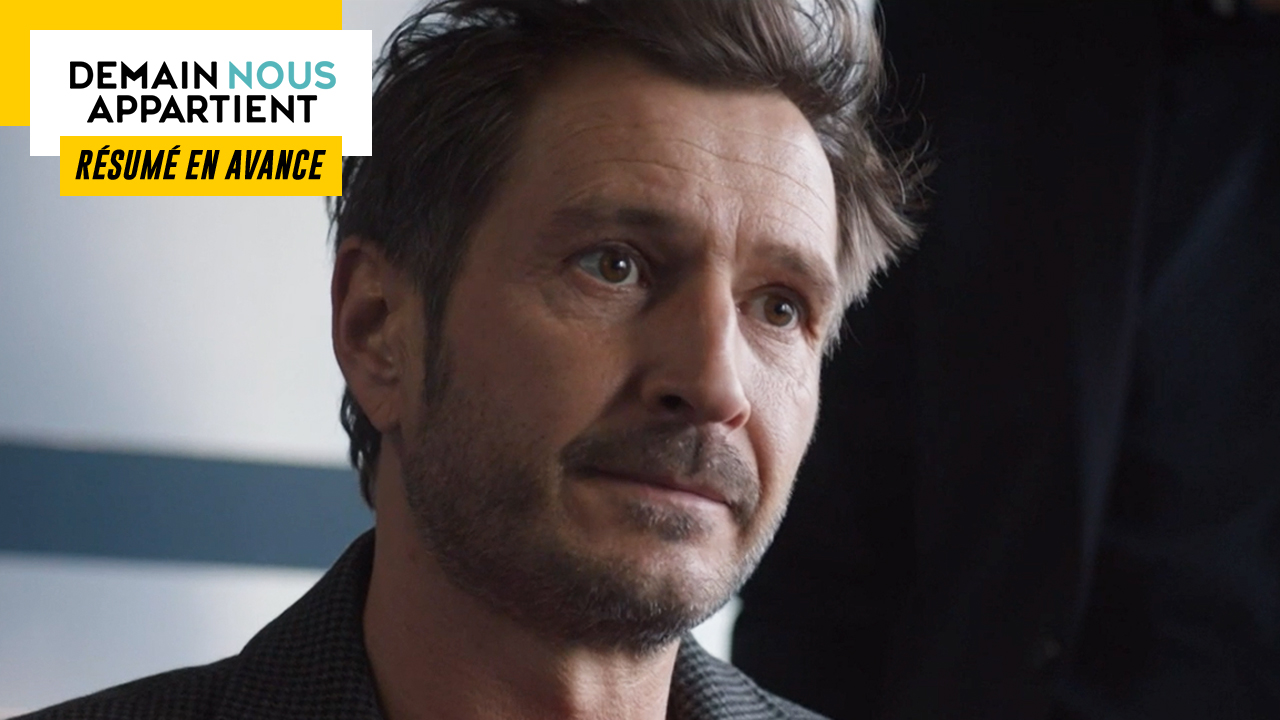 In the next episode of “Tomorrow belongs to us”… While Victoire denounces Benjamin, Alex organizes a surprise for Judith. At the same time, Tristan and Vanessa continue to bicker.

Thursday February 24 in Tomorrow belongs to us…

Victoire spent the night at Benjamin’s after losing consciousness by banging her head against a piece of furniture. The next morning, the doctor swears he did Emma no harm and just wanted to help her. As she does not understand why he did not go to see the police, Benjamin explains that he was persuaded to succeed in reasoning with her. Indeed, Emma threatened to kill herself if he warned anyone and the only thing he could get from her was that she send a letter to her parents to reassure them.

According to Victoire, as Emma was assaulted, he should have taken her to the hospital but Benjamin affirms that she was nothing serious. Although he did not think of keeping her at home, he was taken aback and had to put her up. Despite everything, Victoire thinks it’s strange that Emma came to see him and no one else. Benjamin then replies that the teenager trusts him much more than her parents, of whom she is terrified. Besides, she was terrified at the idea that they would find her and force her to have an abortion.

Emma had therefore decided to go to Holland to join the father of her baby who lives there, except that she was robbed of the 300 euros that she had withdrawn expressly for that. When she asked him for money, Benjamin clarified that he refused because he deemed it too dangerous. Then to swear that he dropped Emma off at her house the night before.

Meanwhile, Soraya is worried about Victoire. Without news since the day before, the lawyer fears that she is in danger. That’s why she goes to Georges to keep him informed. Unfortunately, it is Vanessa who opens the door. If she promises to transmit the message to her companion, the chief will not actually do so.

Later, Benjamin accompanies Victoire. Once he apologizes for hiding the truth from her, he urges her to keep the whole story to herself to avoid trouble. However, upon receiving a message from Georges telling her that Emma never returned to her parents, Victoire gets out of the vehicle and hastens to go to the police station where she collapses in her ex’s arms. With tears in her eyes, she then denounces Benjamin.

Without waiting, Georges and his colleagues rush to the hospital and then arrest Doctor Ventura. At the station, Benjamin gives his version of the facts and certifies that he dropped Emma off at her parents’ the evening before around 7:30 p.m. And to add that he even waited for the teenager to be well back to leave. But Georges and Karim don’t believe him. When they goad him into confessing that he killed her, Benjamin guarantees that he is not an assassin and maintains that she is alive. Angry, he begs them to keep looking for her as she is in danger. In vain. Karim places him in custody.

Not far from there, Soraya joins Victoire at the police station. Upset, the latter tells her friend that the police found a large amount of blood in Benjamin. In love with him, she blames herself for having denounced him but Soraya retorts that she did well. As they prepare to leave, Victoire comes across Benjamin in handcuffs who asks her why she did that.

ALEX PLANS A SURPRISE FOR JUDITH

At breakfast, Chloe would like to know if Alex is happy to be with them. He replies that he no longer knows where he is. Moreover, he is perfectly aware that he no longer acts as before and that this can be disturbing. However, Alex is fine here and declares that he wants to be her husband. Even if sometimes certain things escape him, he feels in his place. Happy to hear it, Chloé suggests that they get to know each other again to build something new together. An idea that appeals to Alex who accepts.

To console his wife for Judith’s departure, Alex has decided to organize a big family dinner. Wishing to cook a dish from Maxime, the oyster farmer therefore uses a video from the Auguste Armand Institute. Noticing that he struggles to follow instructions, Chloe gives him a hand.

When evening comes, Noa, Alex, Chloé, Anna and Marianne gather around Judith to celebrate her departure. During the meal, Doctor Delcourt confesses to Alex that she could never really bear it. As he insists on knowing why, Marianne explains that he was not the kind of man she hoped for her daughter. Indeed, she imagined Chloe on the arm of a doctor or an academic. Far from taking it the wrong way, Alex says with humor that it’s not good luck for her because he’s still there and without a diploma, which makes everyone laugh.

TRISTAN AND VANESSA CONTINUE TO BIGGLE

Barely arrived at the Spoon, Vanessa criticizes Tristan’s coffee, which she finds far too bitter. If they do not hesitate to send spades at the slightest opportunity, Tristan and Vanessa pretend to be two courteous and civilized adults in front of Louise.

During the day, Louise receives a request for privatization of the Spoon from a client who wants to organize a private party around the tasting of oysters. Only, the manager hesitates because of the electric relationship between Vanessa and Tristan who are constantly bickering. Fortunately, Audrey has an idea to make this evening a calm and serene moment. While Louise and Audrey will take care of the service, Tristan and Vanessa will be at two opposite places in the restaurant to open the oysters.

The problem ? Tristan doesn’t know how to open oysters. He therefore waits until the end of the day to train. Seeing him do it, chef Vanessa can’t help but show him that she’s much better than him. Then begins a kind of competition between the two rivals. When Vanessa drops an oyster on the floor, Tristan does not hesitate to make fun of her.