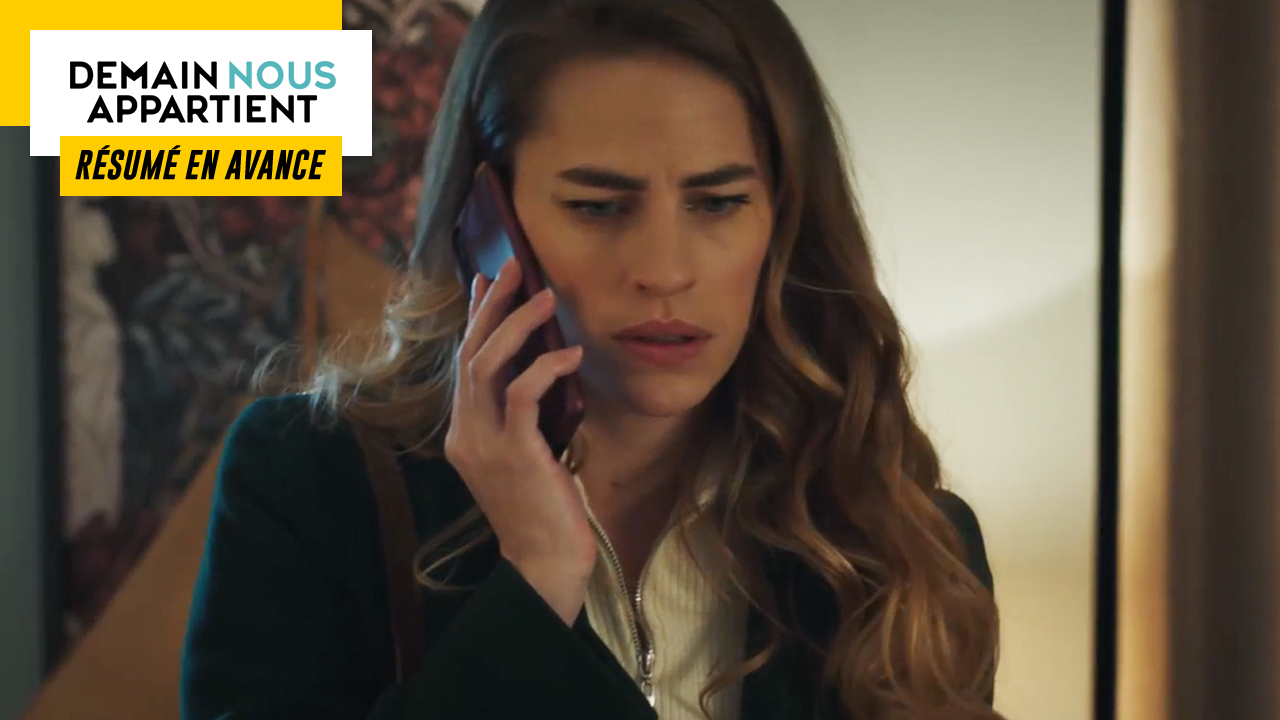 In the next episode of “Tomorrow belongs to us”… While Victoire makes a discovery that upsets her, Judith leaves for England. At the same time, Timothée grows closer to Elsa.

Wednesday February 23 in Tomorrow belongs to us…

VICTOIRE MAKES A DISCOVERY THAT SHOCKS HER

In the morning, Benjamin is removing a bloodstained sheet from his bed when he sees Victoire through the window. After hastening to hide the fabric in a cupboard, the doctor welcomes his girlfriend who has come with breakfast to be forgiven for having accused him of Emma’s disappearance. While they are talking, Victoire hears a noise. Benjamin then asks her if she wants to go see but she declines, assuring that she trusts him.

Meanwhile, the police continue their investigation and Karim learns from his colleagues that a witness claims to have hitchhiked Emma the day of her disappearance around 8 p.m. The teenager had a bruise on her face and had no bag or phone. A testimony which is consistent with the aggression of Jérémy Ferrier. When the policeman specifies that Emma was dropped off near the rue des Loriots, Georges quickly realizes that it is only 300 meters from Benjamin’s place.

For her part, Camille meets François in the streets of the city. As she is worried about Emma, ​​her teacher tries to reassure her and assures that it is only a matter of time before she reappears. After seeing them in the distance, Charlie waits for the high school girl to resume her journey to join François. Being too close to high school, they then move away.

Not far from there, Georges and Karim make a point with the prosecutor Perraud. Unfortunately, Raphaëlle’s father refuses to grant their request to search the home of Doctor Ventura and summons them to find the real culprit as soon as possible.

In the afternoon, Georges arrives at the hospital to question Benjamin in the presence of Victoire. Although he maintains that Emma is not at home, the policeman informs him that he is now suspected of murder. For the doctor, he is pathetic and goes after him only to recover Victoire. Although Georges replies that he is only doing his job, Benjamin threatens to file a complaint for harassment if he continues.

With this discussion, Victoire’s doubts resurface and she waits for Benjamin to go to a consultation to steal his keys. At nightfall, she enters his home. While searching the cupboards of her room, she comes across an anticoagulant. Immediately, Victoire calls Georges to warn him, but Benjamin bursts in and orders him curtly to hang up immediately. While he tries to take the phone from her, she summons him to let go of her and then accuses him of having killed Emma. If he admits having screwed up, he also swears that he did not kill anyone and asks her to give him time to explain everything to him. As she struggles, Victoire hits her head violently against a shelf before collapsing to the ground unconscious.

At the Delcourts’, Judith announces to her parents that she has been accepted to a training course for young entrepreneurs to follow an intensive course on seafood products. However, the training takes place in England and begins in two days for a duration of two months. Chloé and Alex encourage her to seize this professional opportunity but the young woman does not know who will take care of the Little Spoon as well as the farmhouse in her absence. However, Alex is certain that she will find solutions.

Later, Noa goes to the Delcourts to offer Judith to take over the Little Spoon in her absence. Happy, she kisses him, very touched that he does this for her.

In the afternoon, Judith tells her father that Bart and Louise are in agreement for Noa to manage the Little Spoon. If she is now free to go, she still has to buy her tickets but Alex has already taken care of that. Indeed, it was important for him to give her this gift and to participate in her new life. Moved, Judith gives him a hug.

As night falls, Alex confides in Chloe that he had a wonderful day but is a bit restless. Finding out who Judith really is made him proud to be her father. The more the days pass, the more he thinks he is lucky to have such an extraordinary family. And Chloe to guarantee that they will always be there for him, whether he regains his memory or not.

TIMOTHÉE GETS CLOSER TO ELSA

Timothée arrives at his father’s work with a suitcase in his hand. Having a date with Elsa today, he needs his father’s help to find the perfect outfit. Victor being overwhelmed, Timothée turns to Raphaëlle who accepts with pleasure. Finally, Raphaëlle and Timothée stop on a casual look with jeans and a sweatshirt that Gabriel lent her.

Subsequently, the Brunet son finds Elsa at the Spoon. As she really likes her new look, he explains that he chose it to seduce her. After he declares that she had done nothing to please him, the young woman takes off her glasses and then unties her hair. When he launches that she is very beautiful, this one says that she was a model when she was little. Unfortunately, Timothée retorts that it is about exploitation and instrumentalization of children. Words that do not at all please Elsa who, tired of her moral lessons, packs up her things before leaving.

Upset, Timothée tells Victor and Raphaëlle what happened. According to them, the young man must learn to spare the sensitivity of the people around him and not give up. Certain that he can still make up for his mistake, they push him to offer her something to be forgiven.

At the end of the afternoon, Timothée makes an appointment with Elsa by the canal and then apologizes to her. In turn, the young woman recognizes that she overreacted. Basically, she really appreciates the authenticity of her comrade. Timothée then offers him a lot of soap to be forgiven. To thank him, Elsa kisses him furtively. Having found it agreeable, the Brunet son kisses her in turn.