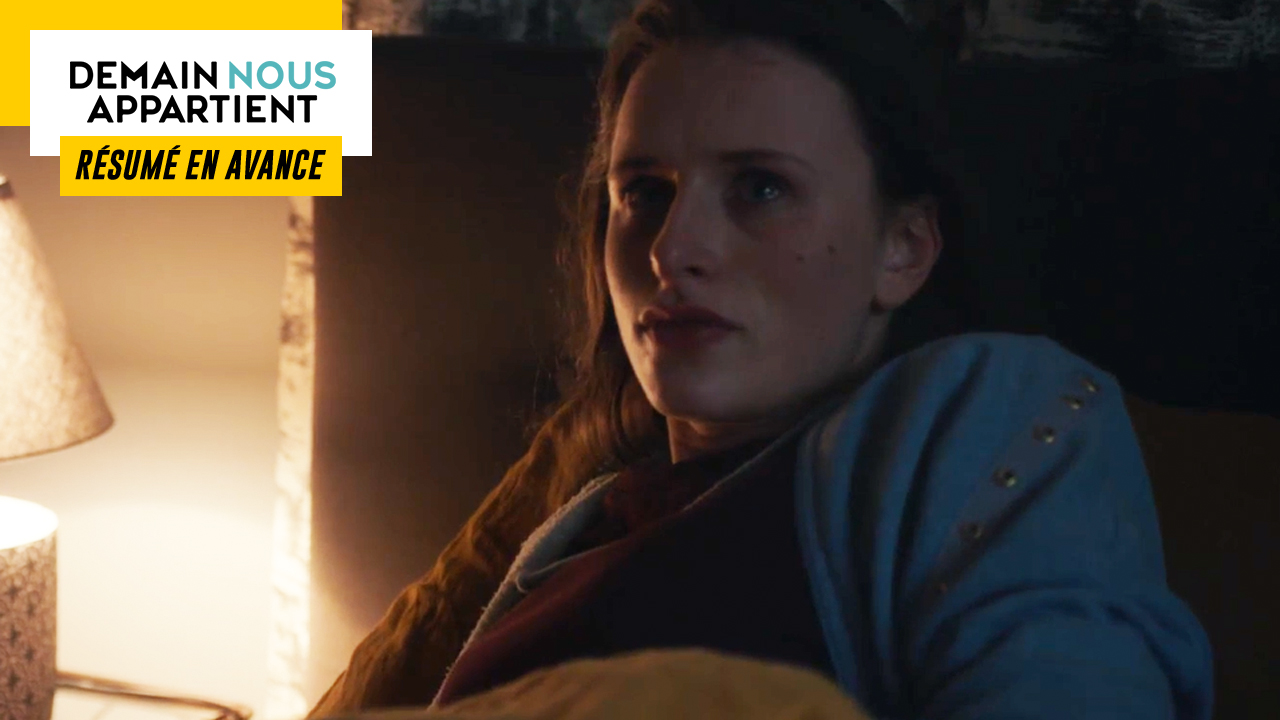 In the next episode of “Tomorrow belongs to us”… While Benjamin is not as clear as it seems, Timothée invites Elsa for a drink. War is declared between Tristan and Vanessa.

Tuesday, February 22 in Tomorrow belongs to us…

BENJAMIN IS NOT AS CLEAR AS IT SEEMS

In the morning, Benjamin comes out of the room he had carefully locked with a syringe in his hand and seems to have given care to someone.

Meanwhile, Victoire blames herself for not having opened the door of this room the night before. Indeed, the young woman is convinced to have heard a noise coming from this room and fears that it is Emma. Despite her suspicions, she does not yet know if she will report her companion to the police. Thinking she’s got ideasSoraya advises him to take a step back on this whole story and to discuss it directly with Georges in case of doubt.

At the police station, Jérémy Ferrier continues to proclaim his innocence and maintains with Captain Saeed that he does not know where Emma is.

Later, Victoire goes to the police station to get information on the progress of the investigation. Georges then indicates that they have arrested a suspect and that even if he has not confessed anything yet, everything accuses him.

Not far from there, Fanny and Lionel have received a letter from their daughter in which she affirms that everything is fine and that she intends to return soon. As the mail was posted from Valence, the couple immediately called Georges to let him know. The latter therefore asks Damien to carry out some analyses. According to him, the mail was indeed posted from Valencia but this does not confirm that the teenager is still alive.

For her part, Victoire apologizes to Benjamin who recognizes that he should have spoken to her instead of kicking her out. He then confesses that he did not appreciate her searching his apartment behind his back. In turn, Victoire admits that this story affects her much more than she thought and that Georges’ doubts have turned her brain. However, she is sure that he was on the wrong track and now wants to put this story behind them. When she invites him to dinner at the restaurant to be forgiven, Benjamin declines, claiming to have to see a friend passing through town.

TIMOTHÉE INVITES ELSA FOR A DRINK

Since Elsa came to her defense, Timothée fears that his comrade will get into trouble with the management of Agnès Varda through his fault. Insofar as she has all the qualities necessary to become his girlfriend, the Brunet son already sees himself living a beautiful story. To begin with, Gabriel already advises him to go have a drink with her.

At the same time, Chloe summons Elsa to discuss the incident of the day before. She then assures that she attacked Gaëtan because he kept attacking Timothée. Even if she understands that she came to her aid, Chloé nevertheless signals to her that she should have asked Gabriel to intervene. But Elsa can’t stand the injustice, especially since she was diagnosed with HPE, which means High Emotional Potential. It is therefore difficult for her to control her emotions. Despite everything, Chloe has no choice but to sanction her with a warning this time.

Later, Timothy apologizes to Elsa for getting her in trouble and then thanks her for standing up for him. If she does not regret having helped him, she would however have preferred not to stoop to Gaëtan’s level and not get in trouble.

Subsequently, Timothée joins his father for lunch. Certain that his classmate is angry with him, he is upset. According to Victor, he must give her time to digest what happened.

At the end of the day, Timothée finds Elsa revising at the Spoon. The young woman then shows herself sorry to have gotten on his nerves, which makes Timothée smile and realize that his father was right. Taking his courage in both hands, he offers her a drink the next day after their reviews. An invitation she accepts.

WAR IS DECLARED BETWEEN TRISTAN AND VANESSA

Bart having been away for a few weeks to take care of his mother, Louise hired Tristan as a waiter at the Spoon in his absence. A decision that does not at all please Vanessa who finds it almost insulting that it is stuck in her paws after having managed to get the Spoon out of its mediocrity. Louise may beg her to make an effort, Vanessa thinks she is the future of this restaurant and declares that the past and the future cannot coexist. Although Tristan doesn’t appreciate the chef’s harsh remarks, Louise counts on him to smooth things over.

Unfortunately, Chef Vanessa gives Tristan no respite during the gunshot. As she sends the dishes at the speed of light, he struggles to keep up.

Later, Tristan is forced to ask Vanessa to change the side dishes for a group of customers. However, she replies that she no longer puts fries on the menu because she does real cooking. In the end, it takes Louise’s intervention for the chef to agree to make a change exceptionally for this time.

At the end of the service, Vanessa warns Tristan that this is the last time he will do such a thing to her. When the tone rises, Louise intervenes again and makes things clear. At the next argument, she threatens to put Tristan in the kitchen and Vanessa in the dining room. And to specify that the first who crashes will take the door.