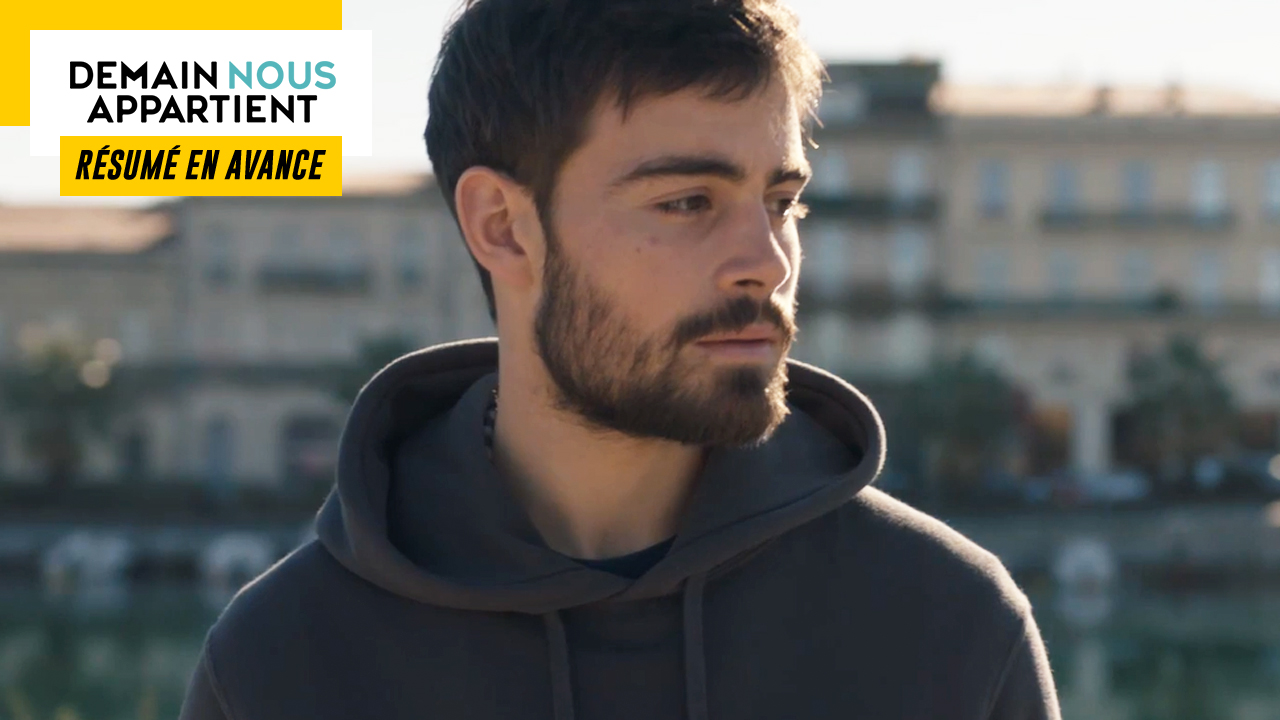 In the next episode of “Tomorrow belongs to us”… While Victoire wonders about Benjamin, Audrey and Damien struggle to find time for themselves. For his part, Maxime flies to San Francisco.

Monday, February 21 in Tomorrow belongs to us…

In the morning, Victoire tells Soraya that she discovered a barrette identical to Emma’s in Benjamin’s bathroom. Although she recognizes that it is troubling, the lawyer nevertheless believes that the object belongs to one of her exes. However, Victoire deems the coincidence too huge, especially since Benjamin was very close to Emma before her disappearance. Besides, she even considers him to be the father of the teenager’s baby.

Meanwhile, the investigation is ongoing and Benjamin’s neighbor has confirmed that he called the doctor around 8:30 p.m. on Monday evening to warn him that someone was prowling in his garden. For his part, Damien noticed small bloodstains on Emma’s wallet. As the DNA is hers, the police are wondering if she was attacked. For her part, Roxane managed to locate Emma’s phone.

Without waiting, Karim and Sara go there and come across a young man who claims to have bought the telephone from a certain Jérémy Ferrier. He was summoned to the police station for questioning. If he swears at first that he has nothing to do with this story, he ends up admitting that he met Emma the evening of her disappearance. Indeed, Jeremy saw her withdraw a large sum of money from the ATM. So he followed her before threatening her with a switchblade to give him her phone and her bag. However, he swears that he did her no harm and that she was fine when he left. At the end of his hearing, Captain Saeed places him in custody.

Not far from there, Charlie is with François at the beach. If she is happy to find him, the French teacher has his head elsewhere and keeps thinking about Emma. For Charlie, he worries for nothing because the teenager must have run away to be with a boy. After declaring that she too was a lost young woman, Charlie kisses her.

For her part, Victoire takes advantage of a break at the hospital to question Samuel about Benjamin’s conquests. Far from being fooled, Dr. Chardeau quickly makes the connection with Emma’s disappearance and retorts that he knows Benjamin well enough to say that he is a respectful man and a real nice guy.

Reassured, Victoire arrives at Benjamin’s to inform him that the police have arrested a suspect and that it is only a matter of time before the teenager is found. As she has brought something to eat, Victoire imposes herself for dinner, which does not seem to please Benjamin. Shortly after, the Lazzari girl hears a noise in the house. She takes advantage while Benjamin is setting the table to go and see. When she tries to open the door of a room, Benjamin arrives and asks her what she is looking for.

AUDREY AND DAMIEN TROUBLE TO FIND TIME FOR THEMSELVES

Seeing their mother getting ready to go to work, Jack and Jordan understand that she has an appointment with her new boyfriend. Before she leaves, Jordan reminds her that they are planning to celebrate her victory in the speech contest that evening.

For his part, Damien is requisitioned to carry out a fingerprinting in a villa which has just been robbed at Mont Saint-Clair. Annoyed, the policeman is forced to cancel his meeting with Audrey. Disappointed, the latter convinces herself that she is simply an ass plan in her eyes.

Later, Damien arrives at the Spoon but Audrey gives him the head. When he offers her the key to the Simone Veil park so that they can take night walks alone, the mother smiles again and then agrees to have dinner with her.

Back home, Audrey is getting ready when Jordan and Jahia come home from school. While the couple bought champagne and snacks for the aperitif, Audrey obviously forgot that they had to mark the occasion for the victory of her son. However, she makes up for it by saying that it would be nicer to order pizza.

MAXIME IS FLYING TO SAN FRANCISCO

After a stay in the hospital, Alex is back home. While he does not remember anything about the place where he lived, he discovers the places with enthusiasm. The whole family therefore tries through objects and food to trigger some memories in him. In vain.

Thereafter, it is time for Maxime to say goodbye to his loved ones. After saying goodbye to Marianne, he takes his two little sisters warmly in his arms. When Alex informs him that the car is loaded, Maxime tells him that it will have been short but good. For his part, the oyster farmer gives him a bracelet bearing a marine anchor and then hugs it proudly. Very moved, Chloe gives him a letter to read on the plane and urges him to be happy in his new life before telling him how much she loves him. Maxime looks at them all one last time, tells them he loves them, then gets into his taxi.

Later, Maxime is sitting on a bench a few steps from the station when a young woman drops an orange. The Delcourt son then picks it up to return it to him. For a few seconds, he thinks he sees Salomé again at their very first meeting but quickly comes back to reality realizing that it is only a stranger he is facing. He then looks one last time at the city that saw him grow up before flying to San Francisco.

A few kilometers away, Chloe and Alex share the same bed. Even if he is not very comfortable with the idea of ​​sleeping with a stranger, he nevertheless refuses that she settles in their son’s room.