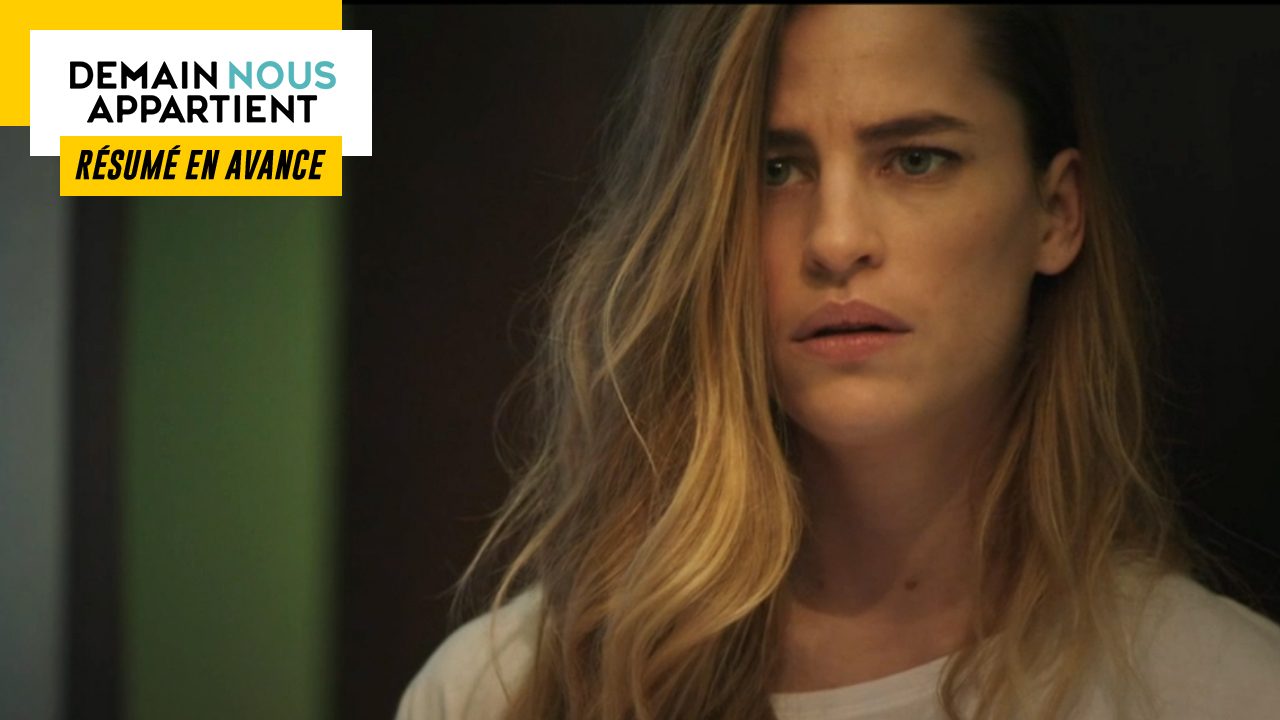 In the next episode of “Tomorrow belongs to us”… While Benjamin seems to have something to hide, Elsa comes to Timothée’s defense. At the same time, Audrey confesses to her children that she is dating a man.

Friday February 18 in Tomorrow belongs to us…

BENJAMIN SEEMS TO HAVE SOMETHING TO HIDE

In the early morning, Victoire arrives at Benjamin’s with breakfast. If everything suggests that he has already left for work, he is in fact hiding at home to avoid seeing her.

At the police station, Karim and Georges are taking stock of the investigation when Charlie arrives to make a statement. The young woman then confirms to the police that François was in high school at the time of Emma’s disappearance. Indeed, Charlie was working on his marketing assignment that evening and came across his teacher correcting copies when he left the premises of the establishment around 7 p.m. Thanks to this testimony, François is released.

It’s already been three days since Emma disappeared and the police still have no leads. Even though Benjamin was on duty the night he disappeared, Georges can’t help but think there’s something fishy about him. As he lost his wife and the child she was carrying five years ago, the policeman wonders if the doctor would not have twisted by falling on a pregnant teenager. So he decides to dig.

Not far from there, Benjamin joins Victoire in the rest room. Only, she sulks because he hasn’t heard from her since the day before. After having presented his apologies to her, he makes her believe that he came home late after his shift and then that he was jogging when she came to see him this morning. As she criticizes him for not having bothered to reply to her messages, Doctor Ventura acknowledges that he is concerned about Emma’s disappearance. For her, it is not ridiculous but she considers on the other hand that it is strange. Benjamin therefore explains that he was moved by the teenager and that is why he gave her his phone number.

For her part, Fanny blames herself terribly for not having listened enough to her daughter and fears that by wanting to protect her too much, Emma has fled. For his part, Lionel admits that they are perhaps too demanding with her. However, he claims that they have nothing to be ashamed of since they are doing this for his good. According to him, Emma is doing all this nonsense because she is under someone’s bad influence. He then promises his wife that he will find her and that everything will be back to normal quickly.

Later, Georges goes to the hospital to question Benjamin because he discovered that he had been absent for more than an hour right at the time of Emma’s disappearance. To justify himself, Benjamin oddly remembers having received a phone call from a neighbor who warned him that someone was prowling in his garden. Fearing being robbed, he declares having made the round trip in an emergency. Seeing them discuss, Victoire sees red and criticizes her ex-companion for going after Benjamin. Georges then tells him that he is considered a suspect but that he cannot tell him more.

At the same time, Charlie joins François at the Spoon. While he pours her a glass of wine, she looks around then discreetly takes his hand before telling him how much it excites her to address him as you say. In reality, François and Charlie have had a hidden relationship for some time. When François thanks her for having spoken to the investigators, Charlie seizes this opportunity to ask him if he has something to reproach himself for in Emma’s disappearance. Although he has an affair with the Molina girl, the French teacher specifies that he would never have tried anything with a minor.

In the evening, Victoire goes to Benjamin’s to celebrate their first Valentine’s Day. The doctor is certainly a little inflamed on the decoration but Victoire is happy then toasts to love. After sharing an intimate moment, Victoire goes to the bathroom and drops a tube of cream. Bending down to retrieve it, she discovers a barrette under the cabinet. Without waiting, she looks at Emma’s wanted poster and notices that she is wearing the exact same barrette in the photo.

In math class, Timothée solves a problem on the board. When Elsa points out that he didn’t choose the best method, Timothée gets annoyed and reminds her that he has the highest IQ in this class. However, Elsa is far from having said his last word and launches that he rested on his laurels.

Upset, Timothée confides in Gabriel shortly afterwards and tells that he hasn’t tried anything with Elsa because she always tries to contradict him. Character traits he doesn’t really appreciate. For Gabriel, if Elsa is as smart as he says she is, she must not only cause annoyance in him. Timothée indeed recognizes that this excites her but indicates that it is not because she is intelligent that he should go out with her.

Meanwhile, Gaëtan goes to see Elsa at home and tells her that he loved seeing her put Timothée in his place before inviting him to revise the arithmetic sequences over the weekend. However, Elsa prefers to do it now. While she goes into explanations, Gaëtan takes the opportunity to caress her hand, which does not escape Timothée who looks at them from afar. When the latter flees, Elsa withdraws her hand and is firm with Gaëtan. She is here to study and nothing more.

Later, Gaëtan openly mocks Timothée’s autism. Elsa then intervenes to defend her comrade and then gives a headbutt to Gaëtan. Uncomfortable, Timothée locks himself in the toilet. When he reports to Gabriel what happened, this one makes him understand that if Elsa defended him, it is because she likes him. Something to please Timothée who admits that he likes her a lot.

AUDREY ADVISES TO HER CHILDREN THAT SHE IS DATING A MAN

At the Spoon, Audrey overhears a discussion between Georges and Vanessa. Insofar as she does not understand why Damien has not tried anything with his friend Élodie, the chef thinks that he may already have someone in his life. George therefore confirms that his colleague has indeed met someone but supposes that he is probably ashamed of this relationship if he has not told anyone about it.

Disappointed, Audrey later tells Alma what she heard. If she thinks she’s Damien’s shameful hookup, the mother also believes that the policeman sees no future in their story. For Alma, the only way to know his feelings is to have a discussion with him.

Taking a coffee at the Spoon, Damien takes the opportunity to tell Vanessa that he has no intention of seeing Élodie again. Annoyed, the chef launches that it is better than the womanizers who collect women to fill the void of their existence. Far from being disheartened, Damien retorts that Elodie must stop believing that she is interesting just because she is pretty, then invites Vanessa to keep her judgments to herself. And to add that having a relationship without commitment does not necessarily mean not having respect or affection for the other.

Audrey, who overheard their conversation, then invites Damien on a real date. But before that, the couple lock themselves in a place out of sight to share a moment of intimacy.

At the end of the day, Audrey returns home. As Leo notices that her blouse is badly buttoned, she tries to change the subject. Nevertheless, Jack, Jordan and Lizzie are far from being fooled and understand that their mother was in the company of a man. With a smile on her lips, Audrey confirms it to them then tells them that he is not an escort but a policeman. While Lizzie would like to know when she will introduce them, Audrey says it won’t be for now because their story is recent.