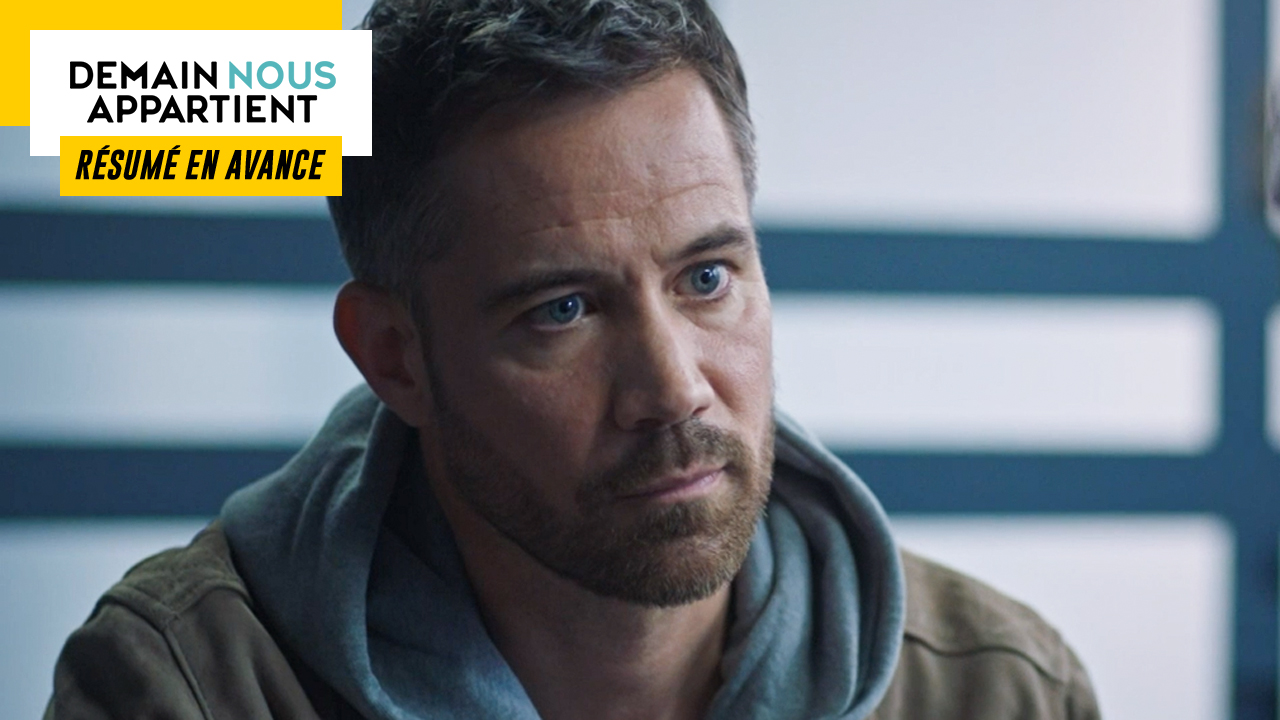 In the next episode of “Tomorrow belongs to us”… While François is placed in police custody, Jordan wins the eloquence contest. Maxime has meanwhile made a decision.

Thursday February 17 in Tomorrow belongs to us…

FRANÇOIS IS PLACED IN CUSTODY

At the hospital, Victoire reads an article on Emma’s disappearance. As she feels they were close, she asks Benjamin if he has heard from the teenager since. If he admits having affection for his patient, the doctor indicates however that he had no contact with her. And to clarify that if Emma had to warn someone it would have been her parents. Uncomfortable, Benjamin then returns to his consultations.

During this time, a notice of search for worrying disappearance was launched by the police. The prosecutor also gave permission to his teams to carry out a search at the Garniers. While searching the premises, Georges and Karim discover sexy lingerie. For her part, Roxane discovered that Emma had a second email address and that she sent quite explicit messages to her French teacher. Certain that the teenager was having an affair with him, Karim immediately goes to the school to question François.

However, the latter denies having an affair with his student and then explains that these emails were sent to him as part of an exercise. Indeed, Emma is passionate about epistolary novels and wanted to understand the creative process. François therefore offered to write letters to her as if she were one of the protagonists. However, the policeman finds it difficult to believe him and decides to take him to the police station.

Indeed, Karim noticed books on the teacher’s desk bearing a sticker with the initials “FL” for François Lehaut. However, he found the same sticker on a copy of “Lolita” discovered at Emma’s. François admits that he lent this book to the teenager but swears that he always keeps a certain distance with his students.

Despite everything, Georges and Karim have doubts and want to know his schedule for Monday evening. Unfortunately, François has no alibi because he was working late at school that night and no one saw him. For Karim, Emma fell in love with him and François ended up cracking. As he could be the baby’s father, Captain Saeed considers that he went after her for this reason. Although the professor denies the facts, Karim places him in police custody.

In the evening, Victoire invites Benjamin for a drink but he declines, indicating that he still has a few files to file. Once she leaves, he steals syringes and vials of medicine before leaving the hospital.

Jordan has been selected to represent the Agnès Varda high school in the eloquence contest which will take place in a few hours. While he is already stressed, the pressure goes up a notch when he learns that he will have to make a speech on the subject “who can’t lie, can’t act”. Since he doesn’t understand the quote, Jahia explains that it means you have to be a good liar to dare to do things. A subject that does not appeal at all to the teenager who is seriously considering giving up to avoid embarrassing himself in front of his comrades.

Eventually, Jordan musters up his courage and enters the contest. Although uninspired, he delivers a beautiful speech on the lie which earned him the applause of all. After deliberation, Jordan is designated the big winner of the contest to the delight of his brother, his sister and his girlfriend.

MAXIME HAS MADE A DECISION

Chloe is at Alex’s bedside and tells him in broad strokes the story of their couple. If they have experienced ups and downs as in any marriage, Chloé assures that they have always found each other. When Alex asks why Flore attacked him, Chloe tells him that he had a relationship with her and that she couldn’t stand him leaving her. Understanding that he made both Chloé and Flore suffer, Alex then blames himself for having thought only of himself and for having been a bad guy. However, she assures him that this is false.

Subsequently, Maxime arrives at the hospital then announces to his mother that he wants to stay in Sète to be with his family. After all that has just happened, he has no intention of abandoning the people he loves the most in the world. However, Chloe insists that he go to fulfill his dreams and pushes him with emotion to become the man he always wanted to be.

Shortly after, Maxime goes to see his father and shows him the set of knives he gave him the day he entered the institute. And to add that it is with these knives that he became an apprentice chef. Alex not remembering anything, Maxime tells him that he was offered a job in San Francisco and that Chloe convinced him not to let this chance pass. In turn, Alex tells his son that it would be a shame if he missed such an opportunity. Even if he has lost his memory, he knows that Maxime will miss him a lot.

At nightfall, Maxime, who has made his decision, informs his mother and sister that he is leaving for San Francisco on Friday before telling them that he loves them.