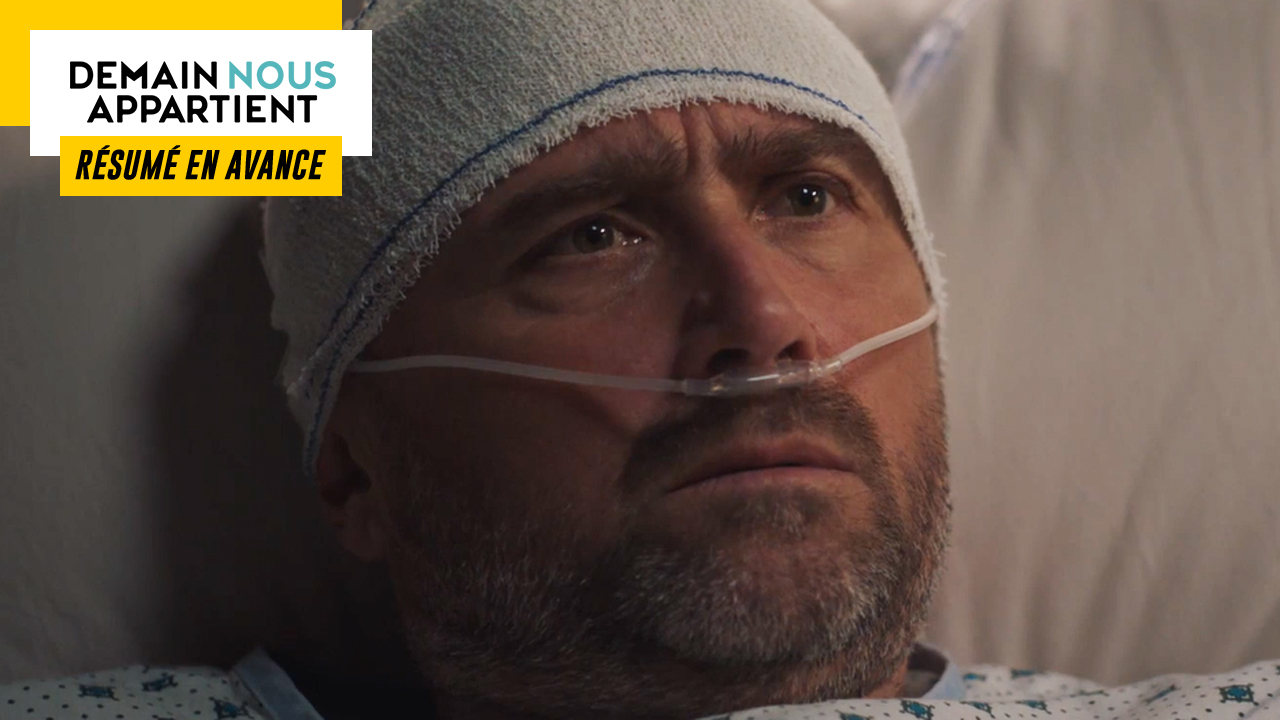 In the next episode of “Tomorrow belongs to us”… While Alex has lost his memory, Sylvain continues to sink into lies. At the same time, Victoire and Benjamin give themselves a chance.

Monday February 14 in Tomorrow belongs to us…

Last night, Maxime tried to disarm Flore. In their struggle, a shot went off but they were not injured. When Flore fell, Maxime took the opportunity to get into the car and flee. The next morning, the Delcourt son is heard by the police. Once he told her the story of his hostage-taking, he urges Commander Constant to get his hands on him as soon as possible. Insofar as she is armed and delirious, the young man indeed fears the worst.

During this time, Flore wanders completely. Lost in the middle of nowhere, she has a hallucination of Alex with a bloody head. After asking for his forgiveness, Bart’s mother explains that she had no choice. According to her, she had to prevent him from falling in love with Chloe again at all costs. When Alex replies that the bullet came out of his skull and that he is still in love with his wife, Flore loses her footing completely. She then grabs her gun and shoots the mirage several times.

Shortly after, Flore hears the voices of Alex, Thomas and Arnaud, the three men who shared her life. But instead of reminiscing on happy memories, she relives her various separations. In tears, she yells at them to stop and then begs them to leave her alone.

For his part, Jérôme Marquis takes Céleste back to her mother because Chloé and Alex have been definitively cleared of the accusations of abuse. Once he has apologized, Jerome clarifies that his position forced him to think about Celeste’s well-being above all else.

Several kilometers away, the police found Flore. Curled up in a corner, the former director of the hospital seems disoriented. At the end, she threatens to kill herself but Bart begs her not to. Before collapsing, she tells him that she hears voices and declares that all the men in her life have left her. Despite everything, Bart signals to her that he is there and promises to help her. While telling her that he loves her, he takes his mother in his arms. Finally, Flore drops her weapon to embrace her in turn.

She was then immediately transported to the hospital. Faced with her agitation, the doctors were forced to tie her up and then put her under sedatives to prevent her from tearing out her drip. Coming to visit his father, Maxime meets Bart in the hallways. In tears, the latter indicates that he is terribly angry with himself for not having understood his mother’s distress and says that he does not want to lose her. Maxime then gives him his support and swears that he will not be alone to go through this ordeal.

A stone’s throw away, Commander Constant informs the prosecutor Perraud that Flore could not be questioned because of psychotic episodes. Her mental state being very worrying, she will be placed in a psychiatric hospital and will not be judged. An announcement that does not please Sébastien who was hoping to add a line to his prosecutor’s record.

At nightfall, the whole Delcourt family is at Alex’s bedside when he wakes up. Since he doesn’t know what he is doing here, Chloé tells him that he has been injured. Unfortunately, Alex does not remember anything. Having lost his memory, he does not know who the people around him are.

Julien arrives at the Moreno’s to accompany Sylvain to the port. Surprised to see him in such a stuffy neighborhood, Julien wonders but Sylvain claims that he works for the owners. Not stopping there in the lie, Sylvain adds that he lives in a workers’ home and that he is in the process of a divorce.

Later, Julien can’t take it anymore because he has once again come to argue with his ex-wife who refuses to spread out the payment of her alimony. Sylvain offers to lend him some money but Julien rules out that his friend will get in trouble for him.

Back on dry land, Sylvain and Julien go for an aperitif. A moment interrupted by a call from the company that employs them to inform them that they are both fired. In the obligation to find a job quickly, Julien asks Sylvain to speak about him to the couple where he works. Uncomfortable, Sylvain undertakes to see what he can do.

VICTOIRE AND BENJAMIN GIVE EACH CHANCE

Since their condom accident, Benjamin is disturbed because he has the feeling that Victoire does not want a child. Certain that he could live a real story with her, the doctor wonders, especially since he has always wanted to be a dad. This is why he confides in Samuel who believes that Victoire will not change her mind on the matter.

Afterwards, Samuel has lunch with Victoire. She tells him that with Benjamin, they are not on the same wavelength concerning the children. Since she doesn’t want to be a mom, she feels like she’s wasting her time and that their story is over before it even started. For Samuel, she should talk about it directly with him.

Upset, Samuel later reports to William that he is tired of playing confidants to Benjamin and Victoire. A real nightmare for him, especially since he didn’t think it would hurt him so much to see Victoire with another man. But then, he fell in love with her.

At the end of the day, Benjamin and Victoire are at the Spoon. Aware of Benjamin’s desire to become a father, the young woman bluntly announces that she does not want to become a mother. Refusing that he sacrifices this desire for her, Victoire thinks that it would be wiser for them to put an end to their relationship.

Only, Doctor Ventura does not see things the same way because what he feels for her is serious and deep. Even if their desires on this subject diverge, they still decide to give themselves a chance. According to Benjamin, they don’t need to put pressure on each other with all this and they will see how it develops between them. The couple then toast to the future.