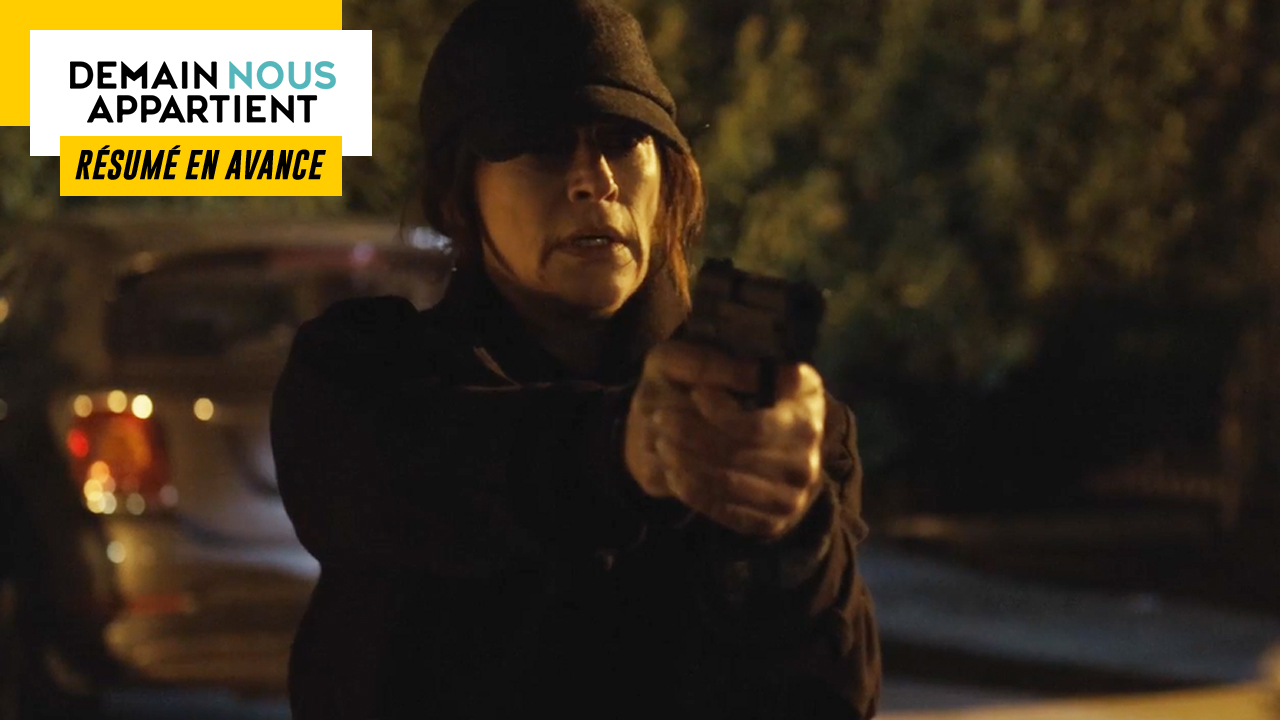 In the next episode of “Tomorrow belongs to us”… While Flore takes Maxime hostage, Maud and Jack reconcile. Vanessa gets involved in Damien’s love life.

Thursday February 10 in Tomorrow belongs to us…

In search of revenge, Flore has committed the irreparable by shooting Alex in the head. Rushed to hospital, the oyster farmer is between life and death. Plunged into a coma, he sees his life pass before him and remembers his marriage to Chloé, the birth of Céleste or moments of happiness shared with the family.

A few steps away, Chloé, Judith and Maxime wait anxiously in the corridors of the hospital. Although Alex was still life-threatening, the bullet bounced off the skull and came out. If the brain was not hit directly, it was damaged by bone splinters and a large hematoma formed between the skull bone and the meninges. As he continues to grow, Alex will be operated on by Renaud during the day. When Maxime asks if his father has a chance of surviving, Marianne replies that she unfortunately does not know, especially since it is a delicate and risky operation.

At the police station, Damien informs Commander Constant that the bullet that hit Alex was fired with the same weapon that was used to kill Andréa Delmont. Flore having embarked on a vendetta against the Delcourts, Martin fears that she will not stop there. That’s why he put the whole family under protection until Flore is behind bars. Since she has shown that she is rather creative and determined, Martin does not intend to give her time to think about a new plan. He therefore orders Roxane to cross-check the boundaries of her telephone in the hope of finding her hideout.

Later, Bart is called to the station. Still in denial, he refuses to believe that his mother is the source of all the misfortunes that have befallen the Delcourts for several weeks. However, looking at the board where all the evidence of the investigation is listed, the Vallorta son recognizes the perfume bottle that poisoned Alex. He then explains to the police that this object belonged to Arnaud and that his mother kept it as a souvenir. A shock for Bart who promises to warn the police if Flore comes to join him.

During this time, doctors Dumaze and Daunier perform Alex’s craniotomy in order to evacuate his extra-dural hematoma. For her part, Chloé panics and fears that her husband will not survive this operation. To reassure her, Marianne declares that Renaud and William know what they are doing and encourages him to keep hope by specifying that he has a chance to get out of it.

After dark, the Delcourts wait for news from Alex, who has been in the OR for five hours. Needing some fresh air, Maxime goes out for a walk and misses Renaud who informs the rest of the family that the operation went well. Despite everything, Alex is not out of the woods yet and the next 48 hours will be decisive.

At the same time, Maxime heads for his car when he comes face to face with Flore. When she points her gun at him, Maxime tries to convince her to surrender but without success. Indeed, Flore intends to leave Sète as soon as possible by taking him hostage.

MAUD AND JACK ARE RECONCILING

Although she was not selected for the speech contest, Mona is determined to participate. And that’s good because with the withdrawal of Maud, there is still a place to take. Insofar as she was unable to attend the practical exercise of the Spoon, Mona decides to recreate it in her own way with the complicity of her son.

At the same time, Maud tells her mother that she no longer wants to take part in the contest because Jack hates her. Even if she understands the situation, Raphaëlle points out to her that this does not mean that she should give up on her commitments. She therefore enjoins her daughter to make her last speech to tell Jack what is on her heart before giving up the contest definitively.

For her part, Mona shows the video of her exercise to her teacher, but François understands that she had cheated. He then points out that the purpose of this exercise is to give young people tools that will be useful throughout their lives before adding that the competition will be more profitable for teenagers. As she accuses him of discriminating, François gives her an hour of glue.

Later, Maud gives her speech about impossible loves. Touched by his classmate’s words, Jack waits until the end of the lesson to apologize to her. Having done the same thing as her with Hadrian, he blames himself for not having been more understanding. Determined to put it all behind them, Maud guarantees that she is no longer in love with him and offers to be friends again. An offer that really pleases Jack who tells her how much he missed her before taking her in his arms.

Damien invited Georges to test a new bar on Saturday evening. Vanessa, who is working that evening, is not very keen on the idea of ​​leaving her companion alone with him. She may trust the man she loves, but the chef is wary of other women who might want to put him in their bed. Only, Georges doesn’t want to spend his evenings going around in circles while she works.

Fearing that he will end up letting himself be influenced by his friend’s celibacy, Vanessa decides to settle Damien with Élodie, one of her friends. Seeing the photos of the young woman, Audrey seems to lose all confidence in her.

At the police station, Georges explains to Damien that Vanessa wants to introduce him to a friend, but he admits that he has already met someone. For Georges, his friend is still single since with this woman, they have not yet decided on the future of their relationship. Also, he pushes him to have a drink with Élodie, which he ends up accepting.

At the same time, Audrey has turned against Vanessa and delivers to Alma. During the discussion, the mother of the family reveals to her friend that she really likes Damien and that she hopes their story will lead to something. However, Audrey does not want to pass for the ball that clings and therefore does not intend to fight especially since she is certain that after seeing Élodie, Damien will end up forgetting her.

At the end of the day, Damien arrives at the Spoon to speak to Audrey about this organized meeting. While he sees there the opportunity to talk about their couple, Audrey makes him understand that he can do what he wants before specifying that life is short and that he must enjoy it. Words that visibly displease Damien. And when he asks her if it would bother her if he met Elodie right here, Audrey says no.