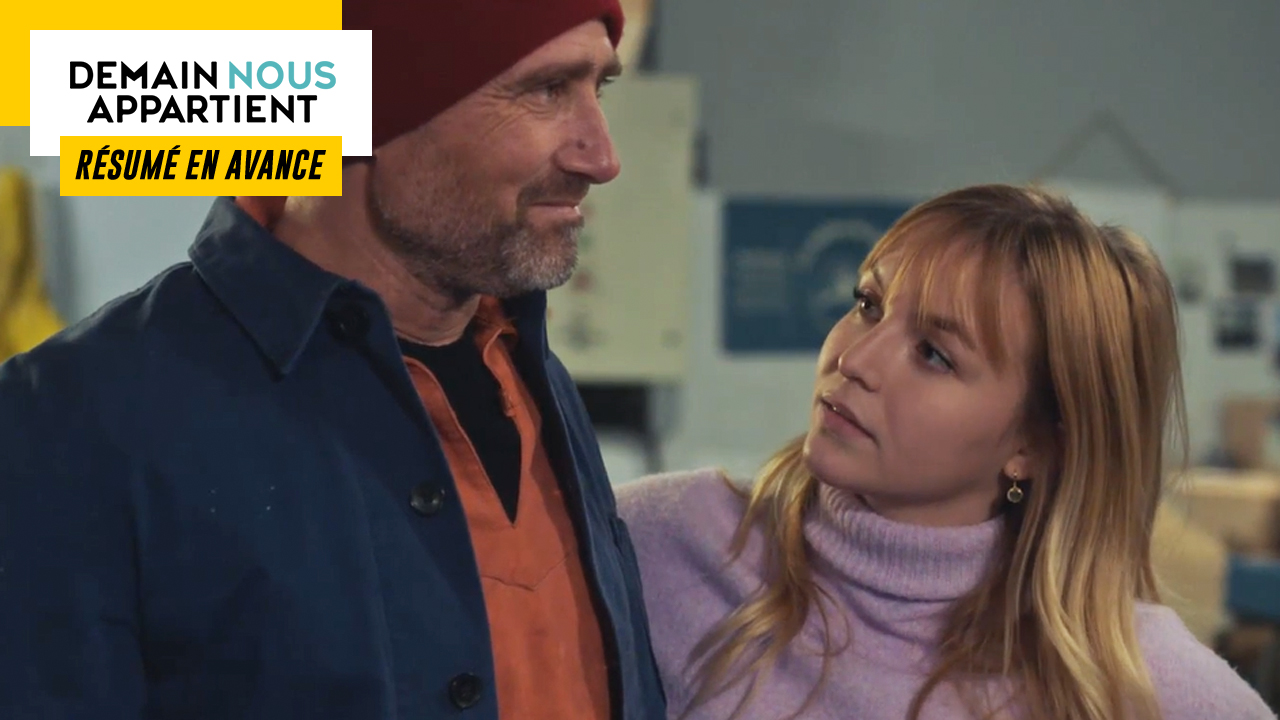 In the next episode of “Tomorrow belongs to us”… While Flore traps Alex’s vehicle, Victoire doesn’t want a child. For his part, Jack is still angry with Maud.

Warning, the following paragraphs contain spoilers on the episode of Tomorrow belongs to us broadcast tomorrow evening on TF1! If you don’t want to know anything, don’t read on!

Tuesday 8 February in Tomorrow belongs to us…

The police continue to investigate Penelope Berger and Sara goes to the hospital to question Samuel. The latter remembers the young woman who was one of his patients. Indeed, Penelope lost her baby the day Chloe gave birth to Celeste. Convinced that the doctor had put his other patient before her, she could resent Chloe to the point of revenge.

Back at the police station, Sara informs Commander Constant of her discovery. Karim meanwhile managed to trace the track of the receiver who sold the weapon used to shoot the nanny of the Delcourts.

Not far from there, Bart tries to reach his mother but once again falls on his answering machine. As he hasn’t heard from him for two days, the young man fears that she is doing something stupid. For Louise, everything is fine and she urges him to give her some time to finish settling in.

At the same time, Flore, all dressed in black, loads things into the trunk of a car before going to the farmhouse to spy on her former companion.

At the police station, Penelope is heard by the police. With tears in her eyes, she speaks of the loss of her daughter. Although she was angry with the whole world, she nevertheless affirms that she would never have hurt Celeste and then swears that she has nothing to do with Andrea’s death, especially since she was working that night. However, the police noticed a 45-minute gap in his schedule, which corresponds exactly to the time of Andrea’s murder. Penelope may indicate that she had gone for a walk, Martin decides to place her in custody.

Meanwhile, Alex is tired because he hasn’t been sleeping well since Celeste left. While his daughter tells him to take a break to rest, the oyster farmer prefers to keep his mind busy to avoid thinking too much.

Later, Flore takes advantage that there is no one at the farmhouse to cut the brake cable of Alex’s delivery truck.

At nightfall, Maxime and Judith decide to give their father a hand by making the last deliveries of the day. On the road, Judith tries to brake to avoid hitting the vehicle in front of her. As the brakes don’t work, Maxime swerves to avoid the accident. Unfortunately, the truck goes off the road…

VICTOIRE DOES NOT WANT A CHILD

Victoire and Benjamin spent the night together. When they wake up, the couple decides to put the cover back by sharing a moment of intimacy. Unfortunately, the condom broke and the young woman is in the midst of ovulation. Having no desire to get pregnant, she joins Samuel to find out if the morning after pill is compatible with his anti-rejection treatment. After answering that it was safe, the doctor indicates that if her affair with Benjamin becomes serious, it would be best for her to take regular contraception.

Subsequently, Benjamin apologizes to Victoire who admits having overreacted before specifying that she took the morning after pill. As he finds it strange that she is so afraid of getting pregnant, Victoire is honest and admits that she does not know if she wants to have children one day. Benjamin then thanks her for her frankness before returning to work.

Soon after, Benjamin looks at pictures of his late wife. When William asks him if everything is okay, he replies that he always believed the pain would eventually go away but over time he realized he had to learn to live with it. And to add that he tried to end his life but that his job finally gave meaning to his life.

Raphaëlle has agreed to lend a hand to François for the great eloquence contest. As a lawyer, Maud’s mother has a perfect command of argumentation and rhetoric. She therefore explains to the students how these skills are essential in her job but also in everyday life. And nothing like a practical exercise to demonstrate it to them. To do this, the students will have to ensure the service of a restaurant and succeed in convincing as many customers as possible to choose a particular dish.

Shortly after, Raphaëlle accompanies them to the Spoon and decides to film them so that they can judge their performances for themselves. If Maud, Emma and Jack are in difficulty, Jordan passes the exercise brilliantly by adapting to the profile of his client. Back in high school, the students view the images. According to François, Maud and Jack should work together but the Roussel son prefers to train alone.

At the end of class, Maud tries to convince Jack to help each other. However, the teenager still has not forgiven him. Disappointed, Maud ends up telling him that she entered the contest for the sole purpose of reconciling with him. She now prefers to give up everything rather than be humiliated.