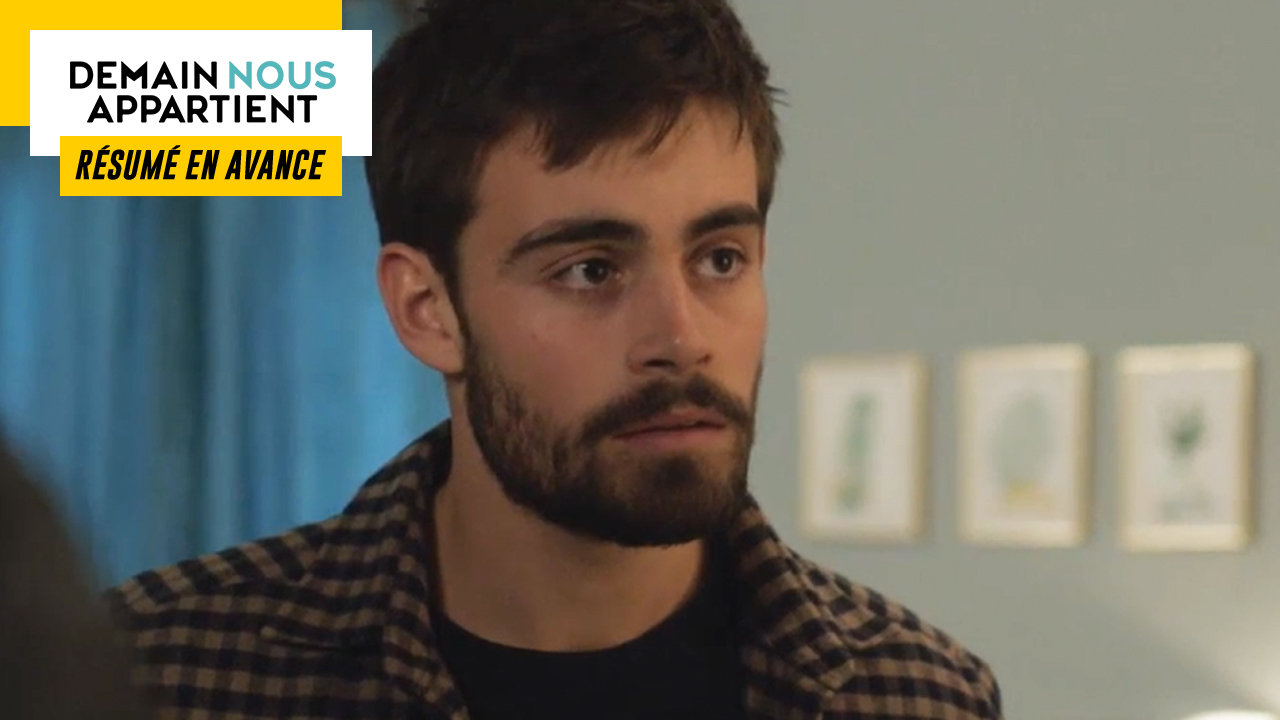 In the next episode of “Tomorrow belongs to us”… While Maxime is placed in police custody, Samuel gives Benjamin a boost. At the same time, Maud tries to reconcile with Jack.

Friday February 4 in Tomorrow belongs to us…

MAXIME IS PLACED IN CUSTODY

Andrea’s lifeless body was found on the beach and the police were dispatched to the scene. Based on his initial findings, Damien thinks he ended his life by shooting himself in the head. Only, Martin does not seem entirely convinced by this theory.

Meanwhile, Marianne informs Alex and Judith that Chloe has been poisoned by a mixture of barbiturates and sedatives. As the doses found in his blood are alarming, Doctor Delcourt is certain that someone wanted to kill his daughter. Fortunately, Chloé is out of the woods and should come out of it unscathed.

At the same time, the scientific police discovered a handwritten letter on Andrea’s body. In it, he admits having drugged Céleste, being the author of the parcel bomb and having poisoned the Delcourt’s coffee. Despite these tangible elements, Martin and Karim ask themselves questions, in particular about what could have pushed him to use a firearm to commit suicide. Commander Constant therefore requests that the victim’s mobile phone be analyzed in the hope of learning more.

Not far from there, Chloe wakes up to the delight of Alex and Maxime. After explaining the situation to her, Alex announces that they will be able to recover Céleste since Andréa has confessed. When she questions him to find out if his former maternal assistant has been arrested, the oyster farmer tells him that the young man has unfortunately committed suicide. Upon hearing this news, Chloé feels guilty because she knows that Andréa was completely lost and that they could have avoided this.

Penelope sits next to the person who takes care of Celeste. While the two women are discussing the profession of social worker, Penelope looks at Celeste and then declares that many parents do not deserve to have children.

Later, Damien warns Martin that Andrea has been murdered. Indeed, the scientist identified gun grease on her neck, the same as at her temple. The deceased was therefore probably threatened by a firearm before his death. A hypothesis confirmed by the graphic analyzes of her confession letter which show that her writing was not natural and that she was shaking in certain places.

In the process, Irène arrives at the police station to testify. Given the seriousness of the facts, the CPE informs the police that it witnessed a violent argument between Andréa and Maxime a few days before his death. Without waiting, Commander Constant arrives at the Delcourts and places Maxime in custody.

Even if he knows full well that Victoire is sulking at him because he went to Madagascar, Benjamin also has the impression that there is another man in his life. Since she is very close to Samuel and the latter is no longer with Alma, Doctor Ventura wonders if there might not be something between them. Uncomfortable, Samuel nevertheless affirms that the way is clear. Which relieves Benjamin who would like some advice to win her back. Samuel therefore enjoins him to take chocolate bears, his indulgence.

Later, Victoire arrives in the rest room quite upset but finds a smile when she discovers a box of chocolate bears in her locker with a short note of apology from Benjamin. The Lazzari girl then joins him and then accepts his invitation to dinner.

At the end of their service, Samuel and William meet Victory and Benjamin. While William thinks that his friend was very chivalrous, Samuel thinks on the contrary that he was stupid.

MAUD TRIES TO MAKE UP WITH JACK

Since her argument with Jack, Maud has been out of sorts and fears seeing him again. As she is terribly angry with herself for having hurt him, her mother encourages her to have a discussion with him, convinced that he will eventually forgive her.

In high school, students take turns to present their selection speeches for the eloquence contest. If Mona plans to restore the school uniform so that all students are on an equal footing, Jordan would instead want a school that emphasizes culture. Indeed, he dreams of a high school that allows the poorest to discover films, plays, paintings or even books.

Maud, for her part, launches into a speech addressed indirectly to Jack. For her, the high school of tomorrow is an inclusive, tolerant school, respectful of differences, where everyone has their place and can take responsibility for themselves. When it’s his turn, Jack is prey to stage fright and can’t express himself. François then makes him turn his back on his comrades so that he succeeds in speaking. Without realizing it, the Roussel son follows his teacher with his gaze and ends his performance in front of everyone.

A few hours later, François displays the list of selected students. Unsurprisingly, Jack and Jordan qualified. Mona, who is a bad loser, for her part criticizes François for being ageist because according to her, his speech was better than Jack’s.

For her part, Maud congratulates Jack for his argument but when she invites him to revise together, he declines.