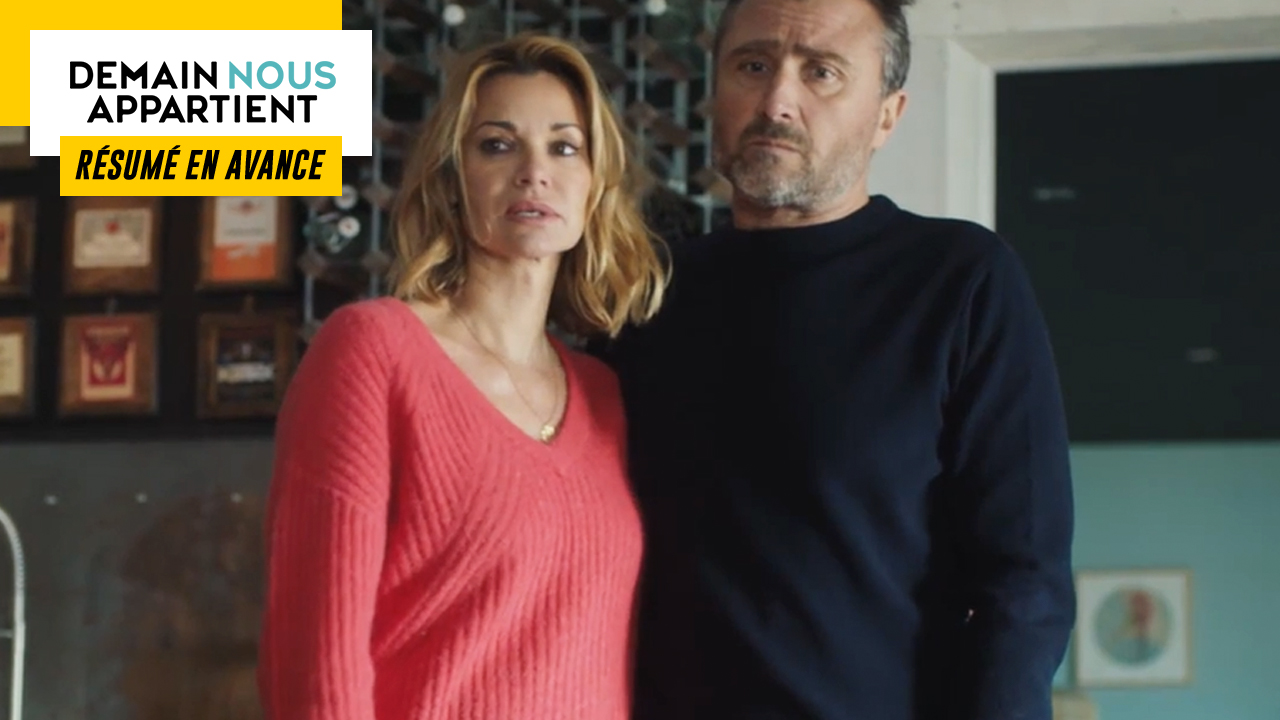 In the next episode of “Tomorrow belongs to us”… While Chloé and Alex are targeted by an investigation, Timothée declares his love for Anna. Nathan hides his secret from Angie.

Thursday January 27 in Tomorrow belongs to us…

CHLOÉ AND ALEX ARE THE SUBJECT OF AN INVESTIGATION

Chloe and Alex are relieved to resume the normal course of their lives since Celeste returned from her stay in the hospital. Unfortunately, the respite is only short-lived since a certain Jérôme Marquis has been mandated by child welfare to investigate Céleste’s case. Indeed, the child having been admitted to the hospital twice in the space of 72 hours, Jérôme informs them that a report has been made for mistreatment.

To carry out his investigation, Jérôme asks the couple many questions, whether it is about their separation when Céleste was born, about Alex’s alcoholism or even about their disagreements. Everything goes there. When Jérôme insinuates that they mistreat their child, Chloé, revolted, retorts that they have nothing to reproach themselves for.

Meanwhile, Flore comes to hear from Marianne about Celeste. Although her superior shows concern for the child, Doctor Delcourt refuses to answer her and specifies that it no longer concerns her. Later, Chloe can’t help but think that Andrea is hiding behind this whole story but Alex thinks it’s more about Flore who has good reasons to want revenge.

Without waiting, Alex gives him an appointment at the Spoon to get an explanation. Back to the wall, Flore acknowledges having contacted the ASE but believes that she simply did her job. As the tone rises, Bart intervenes but Alex makes him understand that it is none of his business. He then summons Flore to contact social services again to tell them the truth. However, she prefers to let the administration do its job. When Alex says she’s only doing this for revenge, Flore replies that he only gets what he deserves. After telling her she was freaking out, Alex storms off.

Not far from there, Jérôme Marquis goes to the hospital to consult Celeste’s medical file. Learning that her daughter is suspected of abuse, Marianne is in shock. Before she can say anything, Cédric arrives with the results of Celeste’s blood test which indicate that she has been drugged with a powerful anxiolytic. Information that Jérôme will have to report to the prosecutor so that an investigation can be opened.

Following the report of Jérôme Marquis, the prosecutor Perraud decided to open an investigation for mistreatment of a minor and summons Commander Constant. Flabbergasted, the policeman does not believe for a second in the couple’s guilt. Unfortunately, Martin has no choice but to take this file very seriously and to search the Delcourt home. When the police arrive, Chloe and Alex swear they are innocent but Nordine unfortunately finds a box of anxiolytics in their belongings.

Back at the police station, Damien informs Martin that they have found a large amount of anxiolytics in Celeste’s antibiotics. According to him, there is no doubt that the Delcourts are drugging their daughter.

TIMOTHÉE DECLARES HIS LOVE TO ANNA

Timothée has fallen in love with Anna and hesitates to declare his love for her. Not knowing the identity of the woman who makes his friend’s heart beat faster, Gabriel advises him to tell her how he feels.

During his session, the young man takes the plunge and declares his feelings. Anna does try to explain to him that he is making a transfer but Timothée does not budge. The psychologist then declares that she cannot be his girlfriend because she is his therapist but also because she loves Karim. Even if she appreciates him very much, it is not a romantic love that she feels for him. So that the situation does not happen again, Anna therefore offers to make him work so that he perceives when a woman is receptive. Unfortunately, Timothée refuses to see her again.

Upset, he joins his father at the Perraud office and tells him what happened. While Victor tells him that it’s an impossible story and that he must turn the page, Timothée screams that he loves her. Raphaëlle, who heard everything, tells him that when she was younger, she had also fallen in love with her psychologist but that she had finally understood that it was only a fantasy and not love. According to her, it is therefore not worth losing a good psychologist for this.

NATHAN HIDE HIS SECRET FROM ANGIE

Before school starts, Nathan begs Mona to keep her virginity a secret. The latter accepts but guarantees him that there is nothing to be ashamed of. Certain that Angie will be delighted to know that he wishes to lose his virginity with her, Mona urges him to speak honestly about it with her.

For her part, Angie confides in Jack. As she finds Nathan fleeing for a few days, the teenager thinks that she should perhaps leave him before he does. Mona, who hasn’t lost anything from their exchange, intervenes and makes him understand that if Nathan is acting this way, he must have a good reason. When Georges’ mother suggests that he may be against sex before marriage, Angie wonders if her boyfriend is still a virgin. Mona then advises him to ask her the question directly.

Later, Nathan arranges to meet Angie. If at first he seems ready to tell her the truth, he changes his mind at the last moment. However, the teenager takes advantage of seeing him to talk to him about her suspicions about her virginity. But Nathan continues to make her believe otherwise before kissing her.