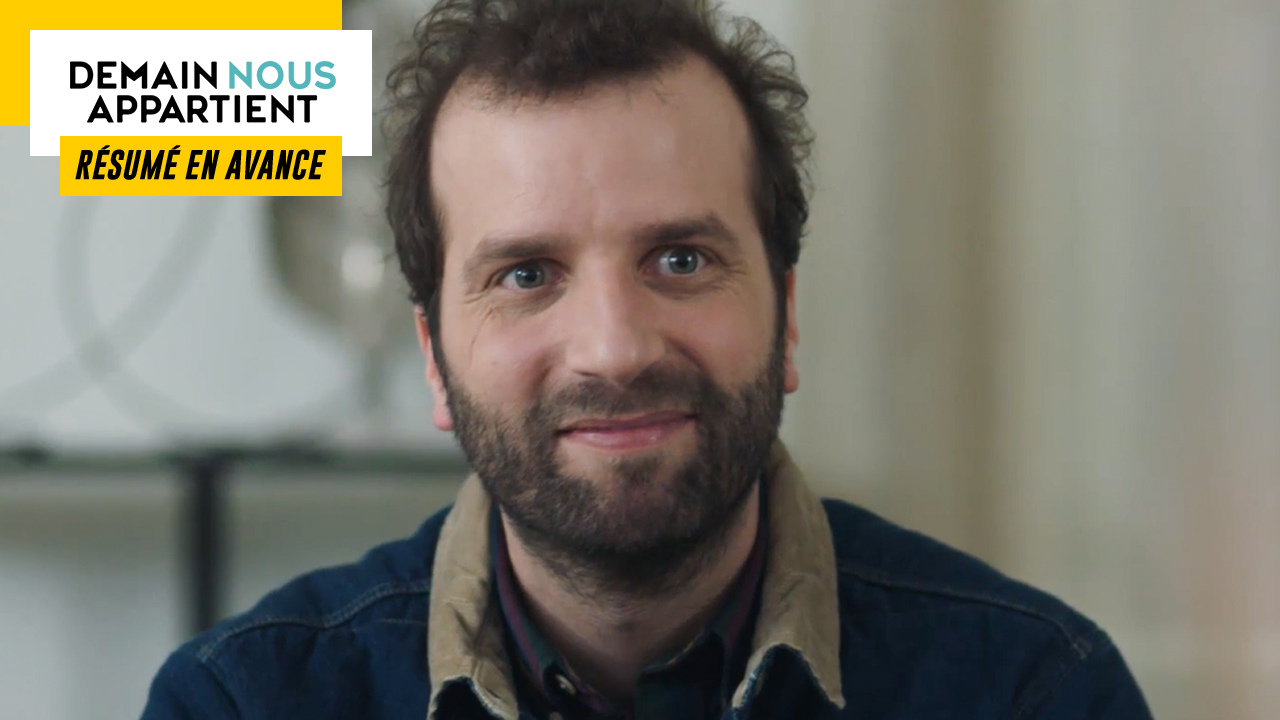 In the next episode of “Tomorrow belongs to us”… While Roxane covers Aurore, Jordan and Jack get it into their heads to discover Simon’s identity. Tristan is back in Sète.

Tuesday January 18 in Tomorrow belongs to us…

Jonathan always threatens his grandfather with a weapon. After summoning him to his knees, the young man demands the truth. Back to the wall, Pierre recognizes that it is his fault if Fred is dead. Although he admits having denounced him to the police, Pierre does not regret his gesture. Indeed, he simply wanted to protect his daughter who deserved better than a criminal in her life. As Jonathan prepares to pull the trigger, Aurore and Zoé arrive. Panicked at first, the Jacob sisters eventually convince him to lay down his gun.

At the police station, Roxane is still working on the sound of the museum video. And although it is already 10 p.m., she is determined to find the person who took her colleague hostage. A way for her to show Aurore that things have calmed down between them.

The next morning, Roxane makes a disturbing discovery. While dissecting the soundtrack, the young woman hears Aurore asking AL to take her hostage. Without waiting, Roxane summons her to obtain an explanation. Back to the wall, the policewoman tells him the whole story. As she begs her to give her some time to get organized and do things right, Roxane gives her until the evening to speak to Commander Constant.

Afterwards, Aurore takes William into her confidence, who refuses to see her go to prison for a person who has been making fun of her for many years and who is screwing everything up because she feels guilty. Despite everything, Aurore defends her sister and says she is ready to take responsibility for her actions. Taking him in her arms, she then apologizes to him for what she is doing to him. In turn, William hugs her. After telling her of his love, he declares that he will wait for her whatever she does before kissing her tenderly.

Back at the police station, Aurore is about to reveal the truth to Martin when Roxane bursts into the commander’s office. To cover up for her colleague, she makes him believe that she hasn’t been able to decipher the soundtrack of the museum’s video.

Not far from there, Jonathan prepares his things with the desire to leave Sète as soon as possible. Although she understands his need to leave, Zoé reminds him that the police are on their heels. But nothing helps, he prefers to end his life in prison rather than stay a minute longer here.

At nightfall, Aurore receives a call from Martin who tells her that her sister has just been arrested.

Jack hasn’t heard from Simon for five days. While Lizzie advises him to move on to save himself, Jordan encourages him to contact him instead because he has nothing to lose. Jack therefore sends a message to his secret admirer in which he writes that he misses him.

Later, the Roussel brothers set out to discover Simon’s true identity. The task promises to be so complicated that Jack has no choice but to take Alma into his confidence in the hope that she can help them. Upon receiving a message, Jack decides to put an end to the mystery by giving Simon an ultimatum. Either he sends her a photo, or he ends their exchanges.

At the end of the day, Jack receives a photo of baby Simon. No matter how hard they try to compare her to all the boys in high school who might be gay, Jack and Jordan are no better off.

TRISTAN IS BACK IN SETE

After several months of absence, Tristan is back in Sète. It is therefore his suitcase in hand that the former manager arrives at the Spoon where he is welcomed by Bart who is very happy to see him again.

Later, Tristan joins Sylvain and Alex for lunch. If the atmosphere is in a good mood, Tristan tells them that he still has a little trouble since the hostage taking. In the red financially, he must also find a job to bail out the coffers. Sylvain would like to help him but Tristan declines. When he learns that the latter has taken a hotel room in town, Sylvain immediately invites him to stay with him, which he finally accepts.

On returning, Sylvain announces to Christelle that Tristan will be moving in with them for a while. Enough to panic the social worker since their cleaning lady has just resigned and the house is upside down. Immediately, the couple decides to clean the house from top to bottom… or almost.

At the end of the day, Tristan arrives at the Moreno’s. To thank them for their welcome, he offers to cook and Sylvain then offers him to become their chef at home.