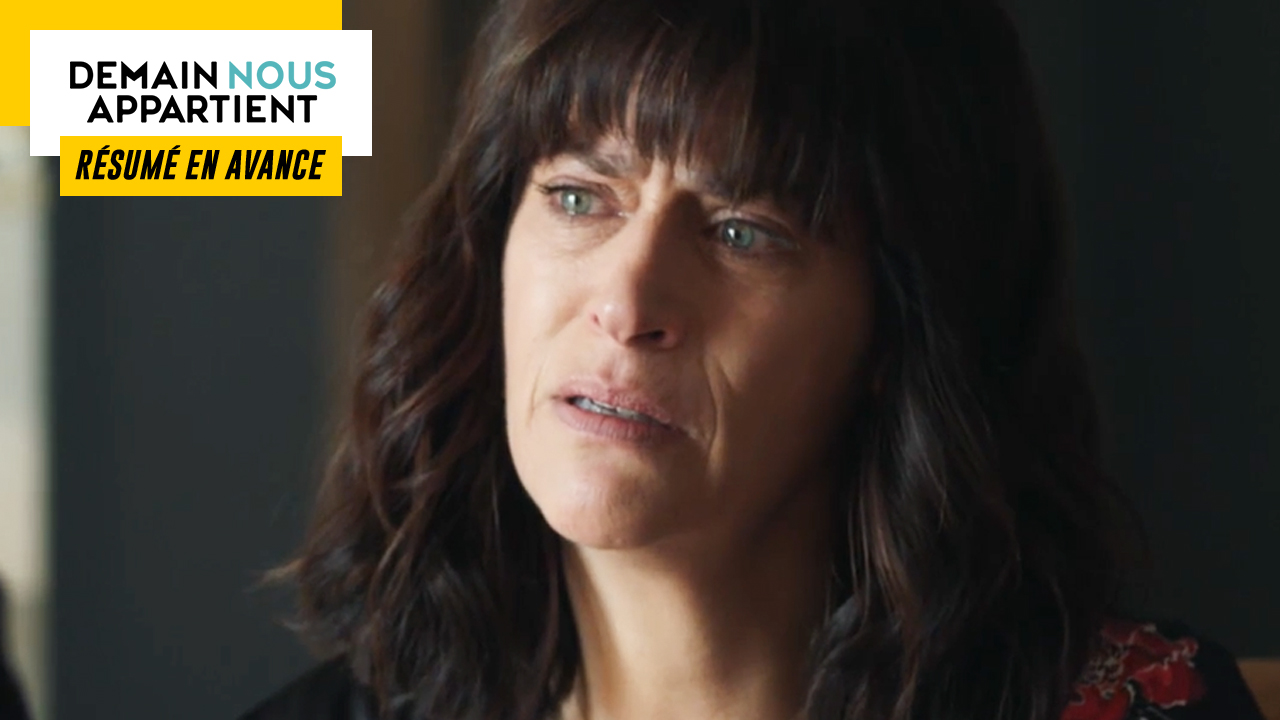 In the next episode of “Tomorrow belongs to us” … While the police are setting a trap for Zoe, Flore struggles to cope with her break-up with Alex. Mona has a rival.

Wednesday January 12 in Tomorrow belongs to us …

Jonathan, Zoe’s accomplice, threatens Aurore with his weapon. After asking her to leave her alone, Zoe tries to find out what her sister is doing here. Aurore informs them while her colleagues have understood that they had no intention of robbing a jewelry store. Subsequently, Zoe announces to her sister that Jonathan is her son and that she was pregnant with Fred when she ran away 23 years earlier. On returning home, Captain Jacob reports to Pierre and William the discussion she had with Zoe. She then explains to them that her nephew is a young man angry because he has never known his father and then specifies that he is terribly angry with the police for having killed him.

If Pierre thought that Fred’s death was accidental, the police would have actually killed him during his arrest. As Zoe is certain that it was he who had denounced her to the authorities, Pierre asserts that it is rubbish. Even if he didn’t love his son-in-law, he would have been unable to swing him. Aurore then tells them that Zoe earns a living by stealing paintings and jewelry and that Jonathan works with her by cracking computer systems. Faced with these revelations, Pierre feels guilty and thinks that if his daughter has become a criminal it is because he did not know how to take care of her.

At the police station, Roxane discovered that the Reservoir, a city museum, had been the victim of a computer attack. So there is no doubt for her that the burglars are about to commit their next robbery there today. Without waiting, Commander Constant asks Sara to immediately send a team there and Roxane to notify security. For his part, Martin warns Aurore of the situation and indicates that he intends to leave the museum open in order to catch them in the act.

Confronted with a difficult choice, Aurore refuses to see her sister be arrested. William may tell her that she has a family and a career, the policewoman still leaves a message on Zoe’s answering machine so that she can call her back as quickly as possible.

At the same time, Angie and Jahia discover the new Reservoir exhibition when Zoe in turn enters the museum.

After dark, Martin and his team keep watch over the museum in a nearby van. As they scrutinize the CCTV footage, Sara immediately spots AL. Unfortunately, the latter has just jamming the reception of all cameras. To prevent her from leaving the premises, Martin orders Roxane to trigger the fire alarm and block all exits. Aurore tries well to point out to him that there are still visitors inside but according to him, they do not risk anything. With the museum now cut off from the world, Martin is certain that AL will not be able to escape.

FLORA HAS HARD TO CASH HER RUPTURE WITH ALEX

Free to live their love in broad daylight, Chloe and Alex spent the night together. Happy to have found him, she offers him to move back home. Excited by the idea, Alex plans to bring back all of his belongings at the end of the week. While they share a moment full of tenderness, Andréa arrives in Chloe’s room without knocking. Uncomfortable, the young man leaves as quickly as he came.

For his part, Bart goes to the farmhouse and discovers Flore in a sorry state. Devastated by her breakup with Alex, she lets herself go completely. With tears in her eyes, Flore confides in him that she has the impression that her world is collapsing. If her son assures us that she will eventually bounce back, Flore is not sure she has the strength.

Later, Alex announces to Flore that he is going back to live with Chloe. When he makes her understand that it would be good for her to find a place of her own, Flore replies that she intends to but that she does not have the energy for it at the moment. And to add that their break-up is difficult, especially in the evening when it is taken by anxiety attacks. As she refuses to call Bart, Alex offers to sleep there tonight. An offer that Flore accepts before thanking him warmly.

Right after, Alex contacts Chloe to warn her. Although she feels he is not the best person to help her, she is nonetheless understanding. Since she has planned way too much to eat, Chloe invites Andrea to join her. In the evening, Flore arrives in Alex’s room. Unable to sleep, she begs him to spend the night by her side. Even though he’s not convinced it’s a good idea, Alex agrees and hugs her.

MONA HAS A RIVAL

Since she hasn’t managed to organize a dinner with the one who occupies all her thoughts, Mona has another idea to draw Victor into her nets. The white bac exams being close, she thought it would be a good idea to organize a revision afternoon. When he refuses to help her, Mona reminds him that it was thanks to her that he got the job in high school. Timothy’s father then jumps at the opportunity to tell him that this work is very demanding and that he does not have time to help him with his revisions.

Victor then meets Sophie Novak who informs him that the judge has brought two charges against him: influence peddling and corruption. He therefore risks up to 10 years in prison as well as a million euros fine. After he questioned her to find out how he was going to be able to cope and recover his cash, the lawyer replied that she had filed a request for interim measures. However, until the trial date is set, it will be difficult for her to move forward.

At this point, Sophie would like her client to work on his image so that he eliminates his arrogant attitude. However, the latter believes that he is already showing enough humility by being the handyman of Agnès Varda high school. When he talks about the harassment of which he is the victim from a student for private lessons, Sophie encourages him to accept because the judge will be sensitive to his efforts. Their discussion is interrupted by the arrival of Raphaëlle.

Once Victor is gone, Raphaëlle, who is under the spell, hastens to question her colleague about him. When Sophie launches that she thought she still had views on Xavier, Raphaëlle confirms that it is still the case but that he is not yet ready to take the plunge. In the meantime, she intends to enjoy life.

Meanwhile, Victor arrives at Mona’s to help her revise. Delighted that he has changed her mind, she pulls out all the stops. While she is about to kiss him, Soraya bursts in and interrupts their revisions to the delight of Victor who takes the opportunity to take the powder. escampette. Nevertheless, Mona does not give up hope of winning the heart of her fop and decides to change her tactics. From today, she will play the indifferent.