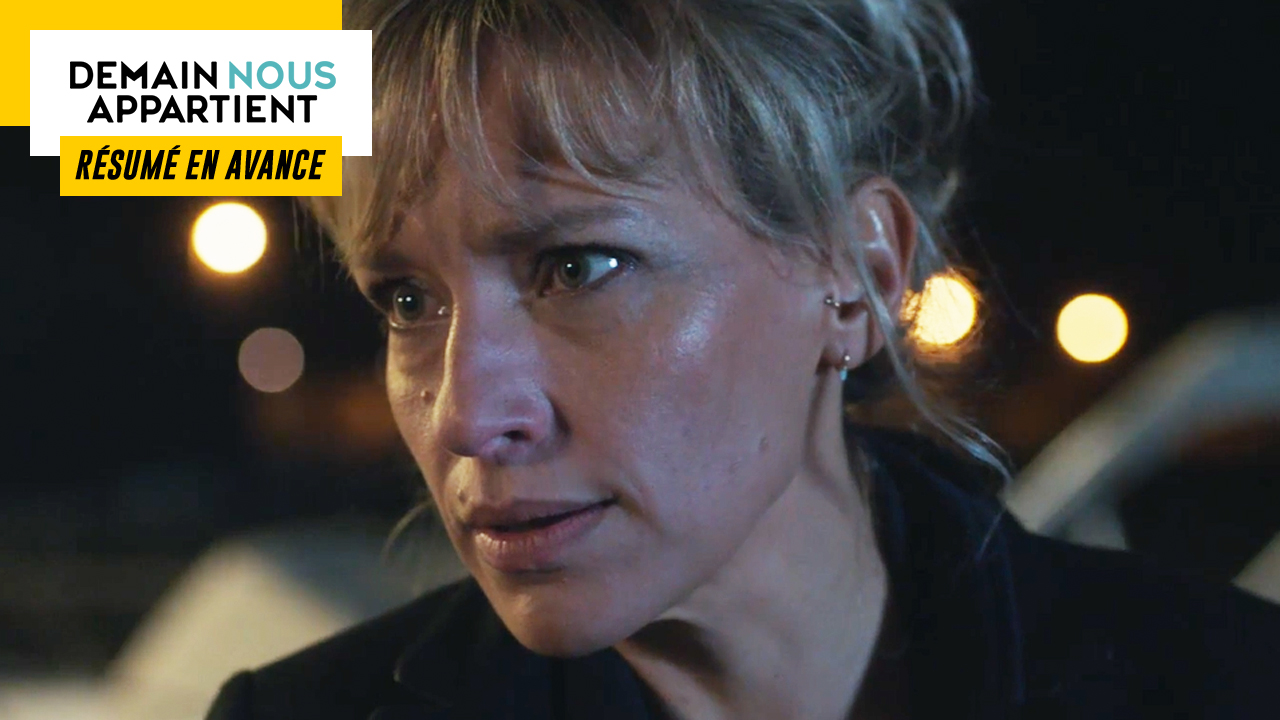 In the next episode of “Tomorrow belongs to us” … While Aurore gives Zoe money, Alex leaves Flore. At the same time, things are bad for Nathan.

Friday January 7 in Tomorrow belongs to us …

Pierre arrives at the Jacobs to apologize to Aurore and to the one who claims to be Zoe. Between the death of his ex-wife, his reunion with Aurore and Zoe’s return, he indicates that he has lost his footing. Aware that he has gone much too far, Pierre really wants to change and be reconciled with his daughters. Although he has struggled to accept his mistakes, he admits that the usurper is indeed his daughter. With the past now behind them, Zoe declares that the most important thing is to make up for lost time. Pierre then takes her in his arms to Aurore’s greatest happiness.

At the same time, Damien managed to find a partial imprint of one of the two painting thieves. Unfortunately, the DNA did not match anyone in their files and digital ID did not yield anything. Several kilometers away, the thief studies the plans of an exhibition hall in order to prepare for her next theft.

Not far from there, Pierre and Zoe spend time together by the sea. During the discussion, the father brings up some memories with his daughter and then shows her a necklace they had bought together in a flea market. The young woman then makes believe that she remembers it.

In reality, Pierre trapped her and then tells his granddaughter that he bought the necklace in the morning in a bazaar. While Sofia wonders how she could have tampered with the DNA tests, Pierre imagines that the young woman is a professional con artist who is not at her first attempt. Now we must warn Aurore. As she will never believe, Pierre asks Sofia to do it for him. However, to achieve this, she needs proof.

On returning, Sofia searches Zoe’s things and finds the ring that her parents had given to Manon for her fifteenth birthday. Immediately, she told her mother about her discovery. No matter how much she tries to prove to him that Zoe is not her sister, Aurore does not hear her and even goes so far as to say that it was she who gave her the jewel because Manon never wears it. At the same time, Zoe receives a message from AL in which we can read: “Who are you?” What are you playing at ? “

Later, Aurore confronts Zoe to understand why she stole this ring. As the latter plans to stop everything, Aurore begs her not to let her down and then promises to find a way to calm her family. When Zoe shows her AL’s message, Aurore affirms that she has an explanation for this whole story but refuses to tell her more. She then hands him an envelope full of money before asking him to continue pretending to be his sister.

In full denial, Flore takes care of Alex and has prepared a homemade breakfast for him. And that’s not all since she also has a gift for him. Indeed, she invites him to go on a romantic weekend to Venice next Friday. Uncomfortable, the oyster farmer would like to be able to talk to him, but Flore pretends to be late for work before taking the loose.

Since he’s been postponing this discussion for too long, Alex joins Flore at the hospital. Before he has time to say anything, she cuts him off and begs him to give her a chance but Alex refuses. Resigned, Flore admits that she was aware that their relationship had been struggling for a while. Although he was very happy with her and doesn’t regret anything from their story, Alex admits that he still loves Chloe. When Flore asks if he is sure of himself, he says yes. Understanding that her decision has been made, she therefore indicates that she will not retain him.

Meanwhile, Xavier and Chloe have a drink at Spoon. The prosecutor admits that he misses Chloe and that their breakup is more difficult than he would have thought. However, for Chloe, he will eventually forget about her once he gets back to work. At the same time, Flore enters the bar and waits for her former friend to leave to chat with Xavier.

While she encourages him to fight to get Chloe back, he retorts that it would be a losing battle because she is in love with another man. Flore tells her that Alex has left her. According to her, Chloe and Alex are nostalgic and they are going straight into the wall. Only, Xavier knows full well that they love each other deeply and advises him to go about his life without Alex.

Shortly after, Flore goes to Chloe’s to tell her that she doesn’t blame him. Even though she truly believed in her story with Alex, she realized that their love was stronger than anything. With tears in her eyes, Flore then implies that they might be able to become friends again one day.

Insofar as she has to go to Nantes for a few weeks, Sophie informs Nathan that it is Maître Perraud who will take charge of her defense in her absence. But that’s not all since the lawyer was able to find a place for him in a boarding school in Béziers. Having always lived in Sète, the teenager would however like to stay with the Moreno long enough to find another home in the city. To be able to stay, Sophie specifies that he needs a concrete file proving that he really wants to get out of it.

Later, Irene waits for Nathan at the end of class to tell him about his notes which are in free fall. Realizing that he is hiding something from him, the CPE tries to make him talk but without success. Irene therefore informs him that if he does not recover quickly, he will have a warning to the class council as well as an unfavorable opinion on Parcours Sup.

Before returning home, Nathan crosses paths with Angie who says she is going to testify in his favor during his trial. Believing that what is happening to her is unfair, the teenager does not intend to sit idly by. Dorian, who has seen them talking, waits until Angie is gone to tell her classmate that she has a crush on him. He even encourages him to try his luck with her again by inviting her for a drink.

Afterward, Jahia overhears her sister writing a testimonial for Nathan. Even though she is aware that she has fallen for him, Jahia warns her, specifying that he is not a very serious boy.