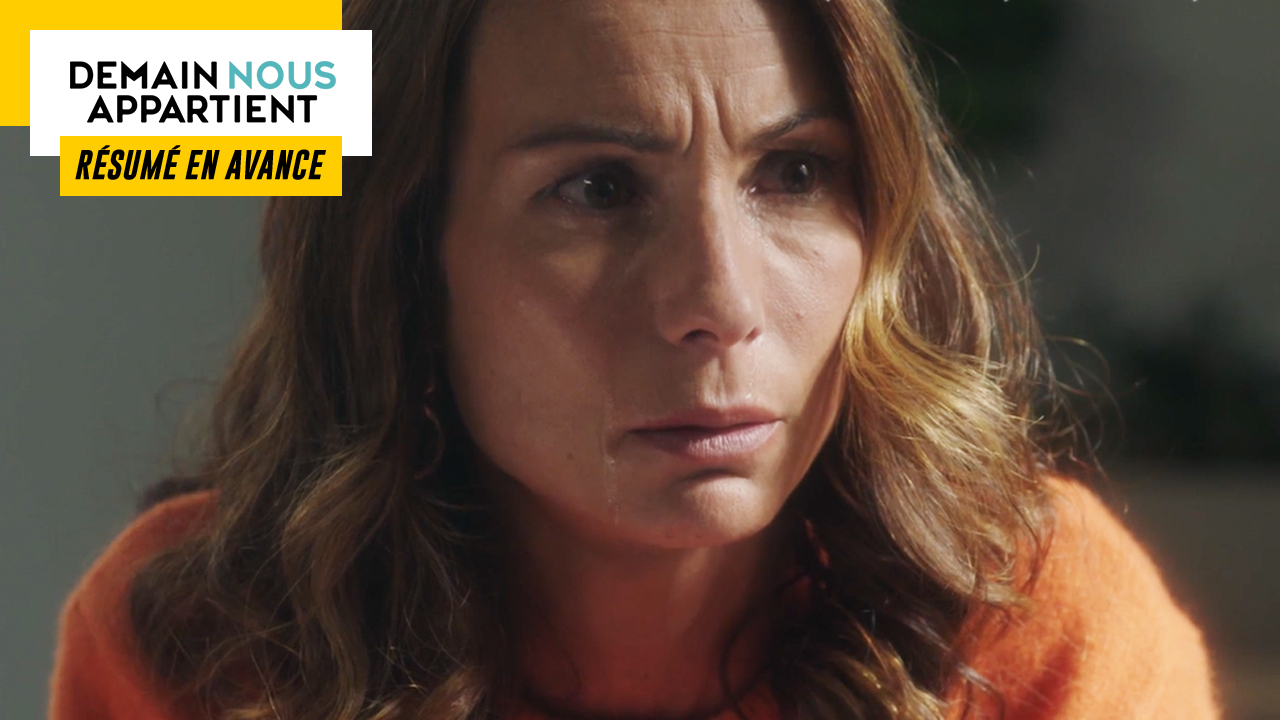 In the next episode of “Tomorrow belongs to us” … As Xavier comes out of his coma, Victor has found a job. In parallel, Georges and Vanessa spin the perfect love.

Tuesday November 30 in Tomorrow belongs to us …

XAVIER GETS OUT OF COMA

In the grip of a new absence, Raphaëlle tries to suffocate Xavier. Fortunately, Anna arrives just in time to stop him from killing him. Without waiting, the psychologist brings Raphaëlle out of the room before the nurses arrive.

Meanwhile, Rebecca, who has been released from prison, returns to her daughter’s house where her granddaughters give her a cold welcome. Certain that Rebecca tried to kill their father, Maud and Camille demand that she leave the place as soon as possible. As she insists on talking to Raphaëlle, the two teenagers agree to her staying until her return.

Later, Rebecca is asleep on the sofa when Raphaëlle arrives. Noticing her daughter’s funny look, the same as the day she tried to jump from the balcony, Rebecca promises her that everything will be fine. With tears in her eyes, the lawyer says that her psychologist prevented her from killing Xavier.

The next morning, Chloe is at Xavier’s bedside when he wakes up. Without waiting, she calls Raphaëlle to tell her the good news. For her part, Rebecca pretends to be happy.

At the station, the investigation is stalling. Even if they are convinced that Rebecca is protecting Sébastien, Aurore and Martin unfortunately have nothing to prove it. Martin then wonders if Rebecca would not have killed Daniel thirty years earlier and if she would not have fled France to escape justice thanks to Sébastien. According to him, this would explain why she is trying to cover up her ex-husband today by accusing herself of Xavier’s attempted murder. Martin therefore hopes that the prosecutor will eventually find all his faculties in order to clarify this story.

Not far from there, Raphaëlle meets Anna for a new session. During their exchange, Raphaëlle recognizes that since her mother has come back into her life, she is always afraid for her without being able to explain it to herself. For Anna, her patient may have seen Rebecca being abused in front of her eyes when she was little. When she tries to find out what she was doing the night of Xavier’s defenestration, Raphaëlle remembers a scene in which she sees her ex-husband violently strangling Rebecca. To prevent him from killing her, she violently pushed Xavier out the window.

Unable to determine if all this really happened or if it is a mixture of memories, Raphaëlle tells everything to her mother who certifies that Xavier never tried to strangle her. To prove it to him, the singer shows her her neck so that she can see that there is no trace.

In the evening, Chloe, Raphaëlle and Rebecca go to Xavier’s bedside, followed by Commander Constant, who has come to question the prosecutor.

VICTOR HAS FOUND A JOB

To avoid going back to prison, Victor needs a job and an apartment to prove that he is reintegrating. That’s why the former businessman goes to the Spoon to find out if Bart doesn’t need staff right now. Sadly, son Vallorta cannot hire him but still guarantees to keep him informed if he hears about anything.

Victor continues to prospect but unfortunately everyone turns their backs on him. Indeed, Flore refuses to come to her aid after what happened at the hospital and Alex does not intend to work with the man who wanted to buy Jeanne’s farmhouse.

Shortly after, Victor ends up getting a job and becomes Santa Claus of the city market. When the Moreno couple see him, Timothy’s father claims to do this for an association for underprivileged children. Far from being fooled, Christelle invites him to their housewarming party while specifying that there will be something to eat but also something to heat up.

At the same time, Timothée is preparing dinner for his new roommates. By the time he implies that they are in a relationship, Gabriel and Noor claim the opposite. Despite everything, the Brunet son does not believe in it, especially since he knows the young woman very well. Noor ends up admitting that they are sleeping together, but swears that there is nothing more.

Georges and Vanessa spent the night together in a hotel. The policeman would have liked them to be at his place but he claims that his building is under construction. For her part, the boss admits that she did not invite him to her place because her roommate is too pretty and that she was afraid that he would compare them. As she wonders about Victoire, Georges certifies that his ex is definitely part of the past and that he no longer wants to see her again. Words that reassure Vanessa who has no desire to share her new lover.

It is therefore completely transformed that the chef Vanessa takes her service at Spoon. After hugging her boss on her return from Greece, she doesn’t even get angry when Bart tells her that the fish supplier hasn’t delivered her the sole she had planned for the dish of the day.

Georges arrives at work with a smile on his face and confides in Damien that he spent the night with Vanessa. Although he sees the cook as a dragon, Damien still says he is happy for him.

In the evening, Vanessa arrives by surprise at Georges’ place to prepare a romantic dinner for him and meets Mona.