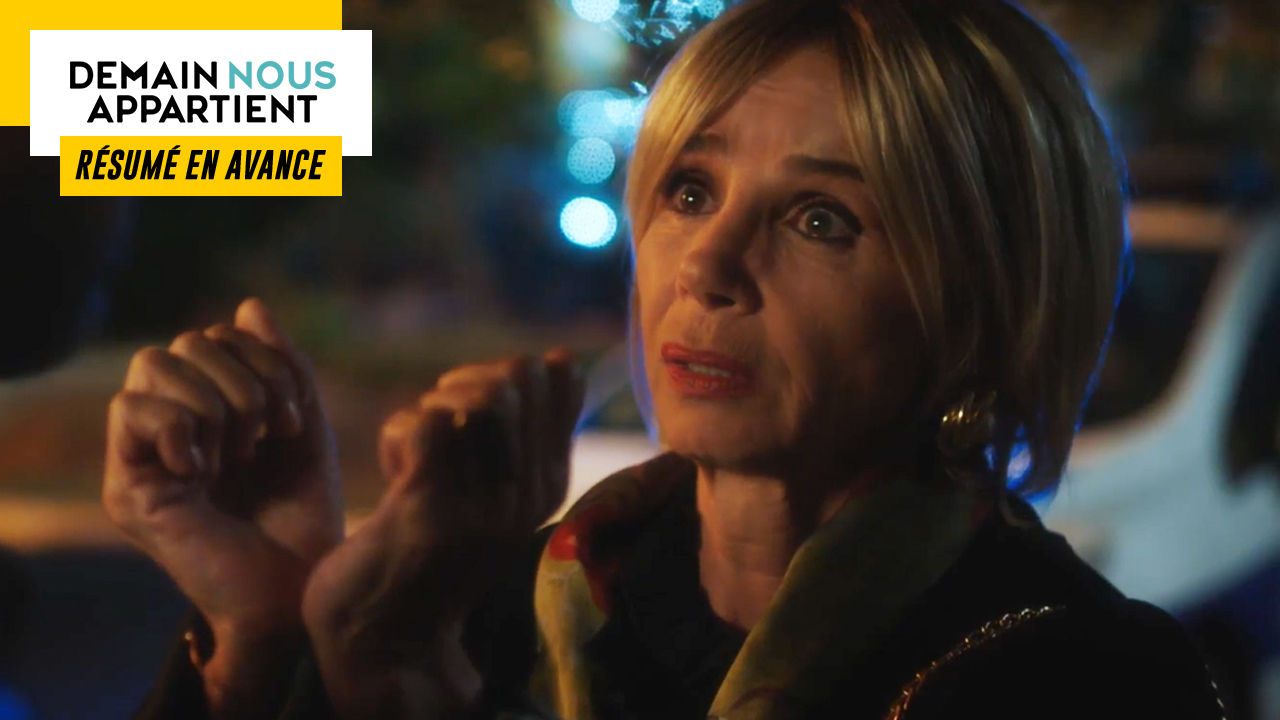 In the next episode of “Tomorrow belongs to us” … While Rebecca goes to the police, Mona is desperate to pass her exam. Georges, for his part, has a surprising encounter.

Friday November 26 in Tomorrow belongs to us …

REBECCA GOES TO THE POLICE

In the grip of a new absence, Raphaëlle is on her balcony ready to throw herself into the void. Fortunately, Rebecca manages to stop him. It was only a few minutes later that the lawyer came to her senses without having the slightest memory. Snuggled up in her mother’s arms, Raphaëlle has the impression of going mad and Rebecca then tries to reassure her by singing to her ” Piensa in mi “.

The next morning, Aurore once again questions Sophie Novak who admits having followed Xavier on several occasions because he looks exactly like Daniel. She then goes on to say that she fell in love with him when she was fifteen and that he saved her from a father who beat her and abused her.

If she claims that she did not kill Daniel, she nevertheless admits being at the origin of the many anonymous calls that Rebecca has received. Indeed, Sophie needed to understand why Daniel had chosen her rather than her. Unfortunately, Sophie never managed to speak to him. As soon as she hears the singer’s voice, her whole past resurfaces. In addition, she confirms that she was following Rebecca well on the day of the assault but that she finally saved her without hesitating for a single second.

Meanwhile, Raphaëlle meets Anna for a new session and realizes that she almost lost her life. Aware that her condition is worsening, the lawyer fears that her daughters will be endangered in the future. To make sure that doesn’t happen, Anna advises him to explore the heart of the matter. The psychologist therefore urges him to come to a meeting with his mother in order to discuss the reasons for his departure and finally understand what happened.

At the police station, Aurore and Martin summon Rebecca and reveal to her that Sophie Novak was Daniel’s mistress. Sébastien, who is present, jumps at the opportunity to put Xavier’s attempted murder on his back. Prosecutor Perraud also suggests Martin to place the young woman in police custody. Far from being fooled, Martin and Aurore quickly understand that Sébastien is trying to put them on the wrong track.

Later, Raphaëlle asks her mother to accompany her for a session with her shrink. Although she does not like it, this one accepts for the sake of her daughter.

At the hospital, Doctor Daunier tells Maud, Camille and Chloé that Xavier is out of the woods. The doctors will therefore start his awakening and William therefore hopes that he will wake up in the next few days, the time for his body to eliminate the drugs. And since good news never comes on its own, Xavier shouldn’t have any consequences. Relieved, the two teenagers announce to their grandmother that their father is saved.

At nightfall, Rebecca warns Sébastien that Xavier is about to wake up. A nightmare for the prosecutor Perraud because this story reminds him of what happened thirty years earlier. As he is about to crack, Rebecca decides to take matters into her own hands. She then goes to the police station and claims to Commander Constant that it was she who pushed Xavier into the void.

MONA IS READY TO DO ANYTHING TO PASS HER EXAM

At the Carons, Mona is particularly stressed for her English speaking on the Frankenstein theme. Even though he doesn’t worry about her, Georges helps her revise her irregular verbs anyway.

For fear of failing, Mona however asks Dorian and Nathan to cheat on her exam. Nathan therefore offers to whisper the answers to him using headphones. Knowing his low level in English, Charlie, who lived for a few years in the United States, agrees to help him without expecting anything in return.

During the exam, Mona reads the questions aloud for Charlie to give her the answers. Only, Alma quickly understands that his student is cheating. Mona is therefore sent immediately to the principal’s office. Even though Georges’ mother tries to coax him, Chloe has no other choice but to punish her.

GEORGES HAS A SURPRISING MEETING

Georges had a rabbit put down by the woman he was to meet. While the chef Vanessa is about to close her kitchen, the policeman orders a dish of the day. At the end of his meal, he does not fail to congratulate her. Quickly, their exchange takes a much more personal turn. Indeed, Georges evokes his celibacy and the difficulties he encounters in having a suitable date. Words that echo Vanessa who seems to be going through the same thing. Understanding that they have a lot in common, she says that it is obvious that he has a pure heart and adds that it is undoubtedly for this reason that some women take advantage of it.

In the end, Georges and Vanessa spent the afternoon chatting at the Spoon and then left the place to go for a walk. If this rapprochement strongly displeases Bart, Audrey sees the bright side of things and believes that Vanessa will finally leave them alone.