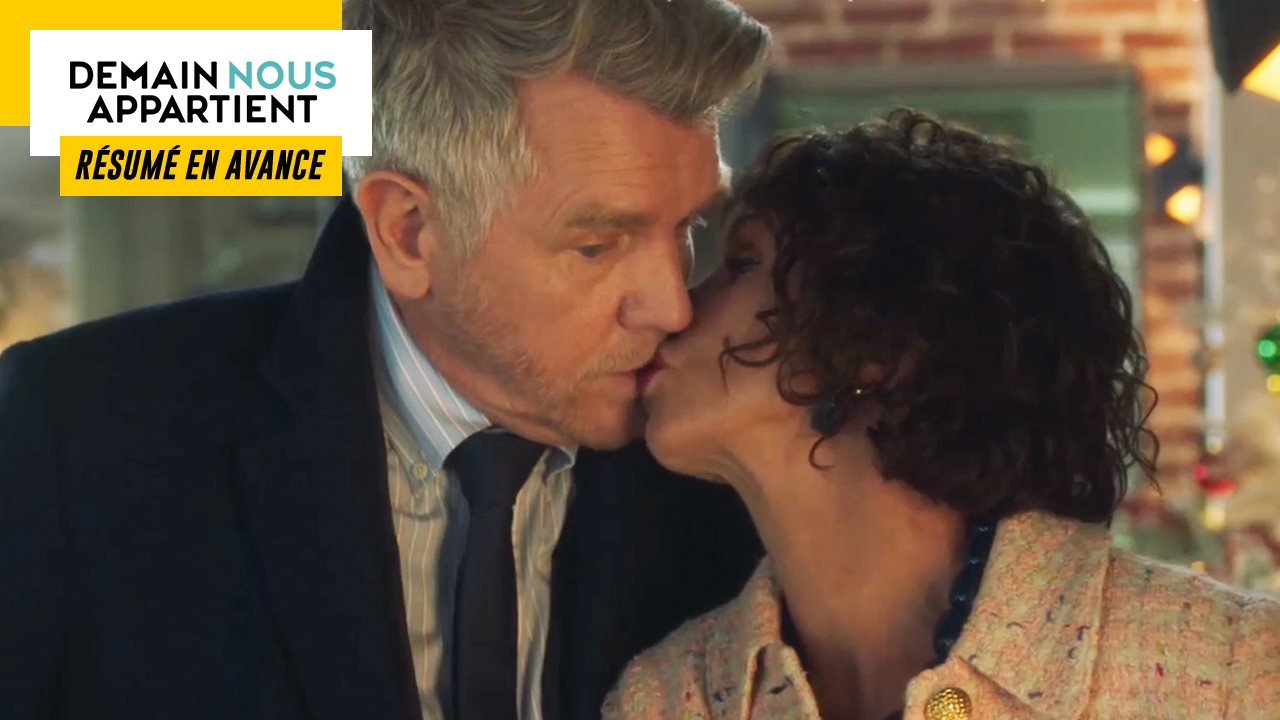 In the next episode of “Tomorrow belongs to us” … While Raphaëlle is the victim of a new absence, Jahia assumes her relationship with Jordan. Soraya settles down at Victoire’s.

Thursday, November 25 in Tomorrow belongs to us …

RAPHAËLLE IS THE VICTIM OF A NEW ABSENCE

Rebecca meets Sébastien at the Spoon and informs him that the police have questioned her about Daniel Meffre. Prosecutor Perraud is fully aware that they will be in big trouble if Commander Constant manages to make the connection between Daniel and what happened to Xavier. However, the former spouses have a bigger problem.

Indeed, the investigation file into the suicide of Daniel and the seals were sent to Xavier last week. As he could not find anything in his office, Sébastien quickly deduces that the file can only be with Chloe. Sébastien then takes it into his head to get it back. To do this, Rebecca joins Maud at the hospital and takes advantage of the teenager being at her father’s bedside to steal the double of Chloe’s keys from her in her belongings.

Meanwhile, Raphaëlle has taken the plunge and meets Anna for her first session. The psychologist then made him understand that his absences were not by chance and that they were linked to the abandonment of his mother.

For his part, Martin discovers that the dossier on the suicide of Daniel Meffre was repatriated by his son a few days earlier. Wishing to get his hands on it as quickly as possible, the policeman immediately goes to Chloe’s. Unfortunately, it is too late since Sébastien has already recovered it.

Later, Sébastien finds Rebecca at the Spoon and then informs her that he got rid of the file and the seals. The former spouses then evoke the past not without bitterness. If Sébastien recognizes that Rebecca’s betrayal made him suffer a lot, she blames him for not having kept his promises in the past. According to him, however, he has always done everything for her and Raphaëlle. And to add that he is still ready for anything, even to destroy his career if necessary.

Not far from there, Roxane made a discovery that could be a game-changer. Sophie Novak, the woman who saved Rebecca from her assault, had followed Xavier on several occasions. Without waiting, Commander Constant summons her. As she affirms that she has no connection with Xavier, the police officer specifies that she nevertheless lived in the same impasse as the Meffre family thirty years earlier. Back to the wall, Sophie reveals that Daniel Meffre was the great love of her life.

At nightfall, Rebecca returns to her daughter’s house when she sees Raphaëlle on the balcony ready to throw herself into the void.

JAHIA ASSUMES HER RELATIONSHIP WITH JORDAN

Jordan is in a very good mood and got up early to go for a walk before class started. As Lizzie understands that he is now in a relationship with Jahia, Jordan begs her to keep this to herself until it is official. Soon after, he joined Jahia in high school. If the teenager is ready to assume her relationship with him, however, she fears the reaction of her mother and Angie.

Later, Angie sees Jahia and Jordan chatting. As she tries to find out if something is going on between them, Jahia replies that she is in a relationship with Jordan. Since her sister takes it badly, Jahia retorts that she doesn’t care what she thinks. Then to say that she has no lesson to receive from a kid who can do nothing but bark. Deeply hurt, Angie confides in her French teacher who is sure that they will eventually meet again.

SORAYA SETS UP AT VICTORY

Wishing to leave the roommate so that Noor and Gabriel have their privacy, Soraya asks Georges who accepts with great pleasure to accommodate her. Noor, who has learned that his sister is going to stay with the police, goes to the Carons to prevent them from welcoming him. To convince them, she makes them believe that Soraya is a depressed woman who spends her days crying and staring at the wall. Noor even goes so far as to say that she doesn’t wish on anyone what she is going through.

For his part, Gabriel does his best to keep Soraya at the roommate and pretends that Mona is a bossy person whose nickname is “Mother Superior”. Even if she understood their game, Soraya is still decided to leave. When Victoire offers to move in with her, the young woman takes his offer. Upon hearing the news, Gabriel and Noor agree that they will only be sexfriends.

Lost in space, it’s over! How does the Netflix series end?