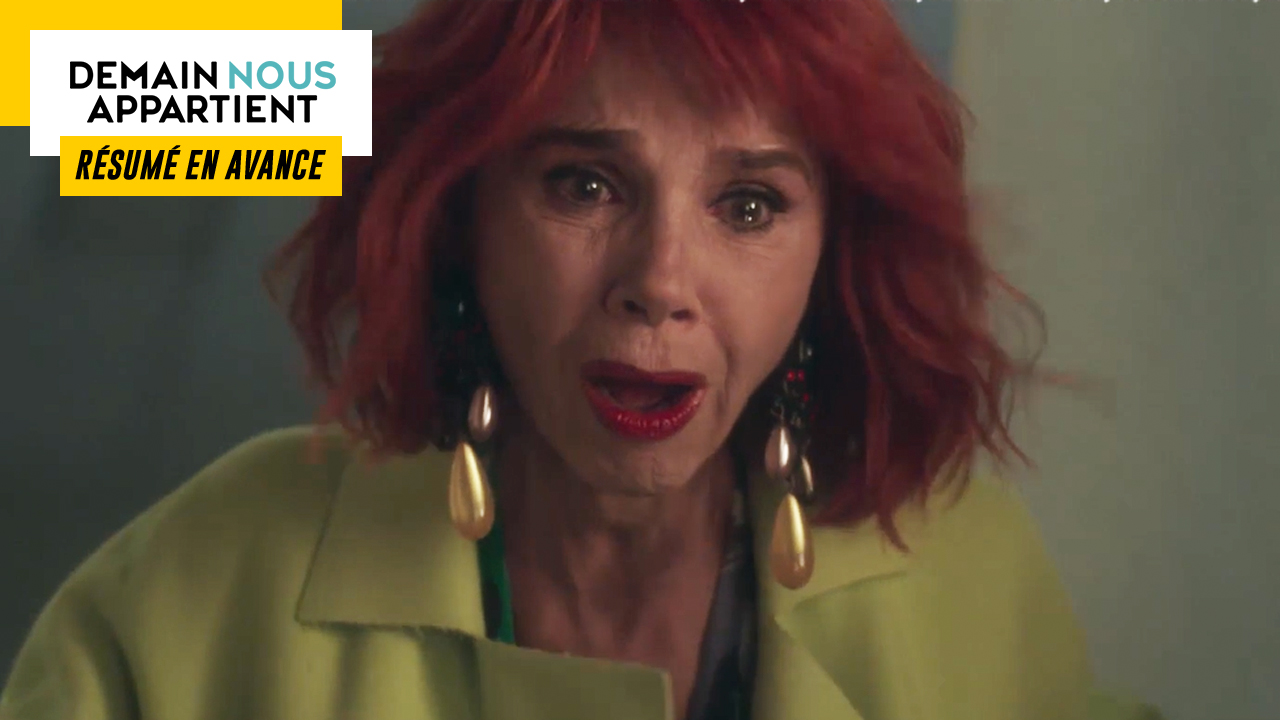 In the next episode of “Tomorrow belongs to us” … While something bad happens to Xavier, Soraya leaves the roommate. Noa and Judith have a fight over the Little Spoon.

Monday, November 22 in Tomorrow belongs to us …

IT HAPPENS TO XAVIER

Xavier is in turmoil trying to figure out what happened the day his father died. If the police have concluded a suicide, the prosecutor believes, however, that the file is riddled with inconsistencies. Daniel is said to have died from a head injury related to his fall, according to the report. However, the authorities have never performed an autopsy to prove it. Certain that Rebecca has not told him everything, Xavier intends to take over the affair from the beginning in the hope of shedding light on the whole story.

Meanwhile, Sébastien accuses his ex-wife of having spoken of his affair with Daniel to Xavier. Although she had no choice, the singer claims, however, that she managed to confuse him and that he is no longer a threat to them. Unconvinced, Sébastien summons him not to say anything more and to let him handle the situation.

Later, Damien meets Xavier to give him the results of the requested analyzes. On the shirt that Daniel wore on the day of his death, the police officer noted two traces of DNA, one of which belonged to the deceased. The same goes for the family brooch. Having several suspects in mind, the prosecutor intends to take samples himself to compare them with these results.

Subsequently, Xavier goes to Raphaëlle’s to check her news and takes advantage of her going to make another coffee to retrieve the cup from which Rebecca drank. Even if Raphaëlle sees him do it, she pretends not to have seen anything but nevertheless informs her mother. Uncomfortable, Rebecca makes him believe that he must have done this to sell it on the internet. A hypothesis that leaves Raphaëlle rather dubious.

Soon after, Rebecca shows her daughter the photos she kept of her when she was little. Looking at them, Raphaëlle comes across a picture of her mother with Daniel. Rebecca then claims that they were vaguely friends.

Several kilometers away, Damien carried out the DNA analysis of the cup brought by Xavier. And it is formal, this DNA corresponds to that present on the shirt and the brooch. Without waiting, Xavier meets with Rebecca at 7 p.m. in her office.

In the evening, Rebecca notices with terror when she arrives in her ex-son-in-law’s office that he threw himself out of the window. Below, Xavier lies in a pool of blood.

Noor and Gabriel spent the night together. When Soraya knocks on her sister’s room to retrieve some things, Gabriel hastens to hide under the bed. Nevertheless, Soraya has noticed that her sister is hiding something from her and seems to have understood that with Gabriel they are more than just friends.

Later, Noor tells Judith about the ploys she uses to spend time with Gabriel. While her friend questions her about her feelings for her roommate, Noor replies that it is purely physical between them.

For his part, Gabriel confides in Charlie. While he appreciates having a good time with Noor, he doesn’t really want a relationship with her. Charlie then advises him to be honest.

At the end of the day, Soraya explains to Noor and Gabriel that she understood that they were together but they retort that they are only close sometimes. Only, Soraya does not believe it because she saw that they were devouring each other with their eyes. Certain that they need their privacy, she made the decision to leave them alone and leave the roommate. A decision that ultimately does not seem to enchant them.

Judith had some ideas for the Little Spoon. Indeed, she imagines making the food truck a slightly classy bar with lounge music to highlight their products. The goal: to bring a slightly fried bobo clientele. Even though her father reminds her that this involves a big upfront investment, Judith, who thinks it’s a good time to diversify, wants to find out about financial partnerships.

At the same time, Noa hires Dorian at the farmhouse for some extras. When he tells her about his plans to turn Little Spoon into an oyster bar, Dorian tries to find out if it’s not too hard to deal with being in competition with his girlfriend. Noa recognizes this and even considers giving up the Little Spoon. Despite everything, Dorian encourages him not to give up.

Judith and Noa later meet at the Spoon to discuss their ideas. While grandson Josse plans to keep it simple, Judith wants something out of the ordinary. But in front of Bart, Noa reveals her real project, which does not please Judith who wonders if the one she loves has confidence in her. He then admits that he doesn’t trust her in business.