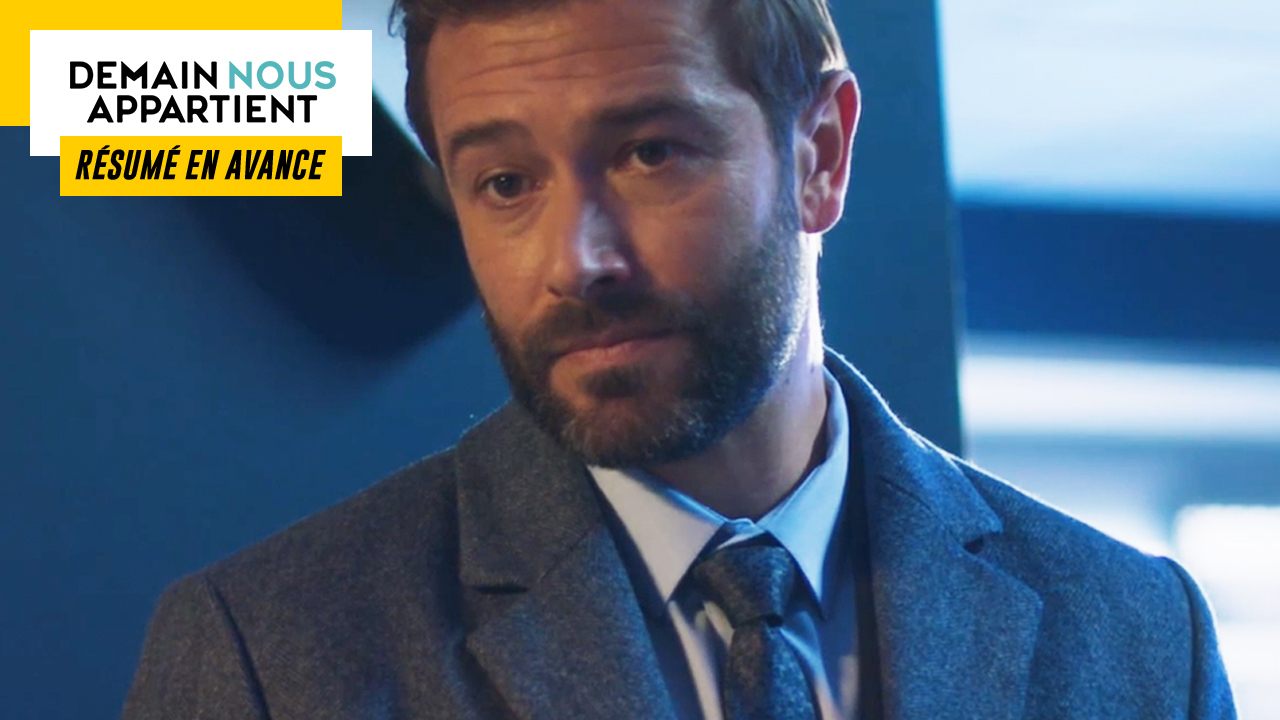 In the next episode of “Tomorrow belongs to us” … While Rebecca makes revelations, Benjamin leaves for a humanitarian mission. Noor and Gabriel leave Soraya at the door.

Friday, November 19 in Tomorrow belongs to us …

Raphaëlle returns early in the morning to the delight of her daughters who are very worried. After apologizing, the lawyer claims to have worked late and fell asleep at the office. However, Rebecca can hardly believe her and suspects her of having started drinking again. Raphaëlle then confesses that she no longer remembers what happened the night before and this morning. And to add that she had the fear of her life when she woke up in her car almost ready to fall into the water. Certain that her daughter has been drugged, Rebecca urges her to go see a doctor, but their discussion is interrupted by another anonymous call. Although she finds it strange, Rebecca still thinks she knows who it is.

Mother and daughter therefore meet Sébastien. Convinced that her ex-husband is the author of the anonymous calls, Rebecca summons him to stop his game on the spot. While he denies the facts, Raphaëlle points out to him that he has been trying to keep her away from her mother since she was nine years old. If he wants Rebecca to get out of their life as soon as possible, the prosecutor nevertheless asserts that he has never threatened anyone.

Thereafter, Raphaëlle meets Anna for a therapeutic appointment and remembers having already consulted a psychologist in the past because she had memory problems. Indeed, the lawyer has forgotten the first nine years of her life. For some time now, she has also been absent and forgets more and more things. Anna explains to him that the departure of her mother was a major traumatic event in her childhood and that with her return everything goes back. Her unconscious struggles so much to protect her that it is possible that it causes her to be absent.

For his part, Xavier receives the file he requested from the archives. This contains many sealed objects including clothes and a golden brooch. On his way home, Xavier is in tears and tells Chloe that the old affair that resurfaces concerns his father, Daniel Meffre. At the time, the police had concluded a voluntary defenestration and had found a golden brooch in his pants. A family jewel that Xavier’s mother sometimes wore. And it turns out that Rebecca is wearing the same brooch in the photo discovered in Eric’s apartment.

On the advice of his partner, Xavier meets Rebecca to get answers. She first tries to dodge the subject but eventually reveals that her father gave it to her during a brief affair they had. At the time, the Meffre couple was in the middle of a divorce and Daniel was doing very badly. So they got closer because they needed each other. The day before his death, Rebecca gave him an appointment to end their relationship because she wanted to save her marriage. It was then that she returned the jewel to him. Upon hearing of the death of her lover, Rebecca felt terribly guilty and decided to flee to Argentina. When Xavier asks if Sébastien was aware, Rebecca assures him that he never knew anything then makes him promise not to tell his daughter anything.

At the end of the day, Raphaëlle goes to the hospital to collect her analyzes which indicate that she has not been drugged. Not far from there, Xavier is with Damien at the PTS. As he is aware that he was striptease at the Spoon in police uniform, the prosecutor promises to pass the sponge on the condition that he conducts full analyzes on the clothes his father was wearing on the day of his death. . He then says in a formal tone that no one should be aware of this extra-procedural work. Indeed, Xavier is convinced that his father was killed and fully intends to find the murderer.

BENJAMIN LEAVES FOR A HUMANITARIAN MISSION

Samuel learns that Benjamin will leave the hospital to carry out a humanitarian mission. Suffice to say that he is jubilant and struggles to hide his joy. When he crosses paths with Victoire, the doctor makes her believe that he is happy with his relationship with Benjamin and that he even wants to be the godfather of their first child. Victoire, who is not fooled, quickly understands that her colleague is laughing at her.

Later, Victoire invites Benjamin to go to Spain for a romantic weekend in December. Unfortunately, he will not be there since he has accepted a two-month humanitarian mission and is flying to Madagascar the next day. As she takes it badly, Benjamin guarantees that it changes absolutely nothing to his feelings for her. Moreover, he hopes that by returning, they will be able to resume their story if it is still free. Wounded, Victoire retorts that she has always been free, today more than ever.

Meanwhile, Samuel confides in William that he messed up with Victoire. If he is delighted to now have the field open, he also hopes to be able to make his colleague understand that he will always be there for her. At the end of the day, Georges visits Victoire on the pretext of wanting to recover an oyster knife. He then takes the opportunity to tell her that he has met a super nice girl. Discovering that she is no longer with Benjamin, he offers without hesitation to cancel his evening to stay with her. Victoire declines and certifies that all is well.

NOOR AND GABRIEL LEAVE SORAYA AT THE DOOR

Gabriel has been studying all night with Soraya and wakes up late for work. The young man no longer supporting the presence of his sister, Noor pushes Soraya to spend the evening with Georges just to cheer him up after his break up with Victoire. There, the policeman is absent but Mona invites him to stay to play a game of scrabble, which she declines.

At the same time, Noor and Gabriel take advantage of being alone to pick up where they left off. As they kiss, Soraya knocks on the door because she forgot her keys. Noor and Gabriel then decide not to answer and turn off their phones to share a moment of intimacy.