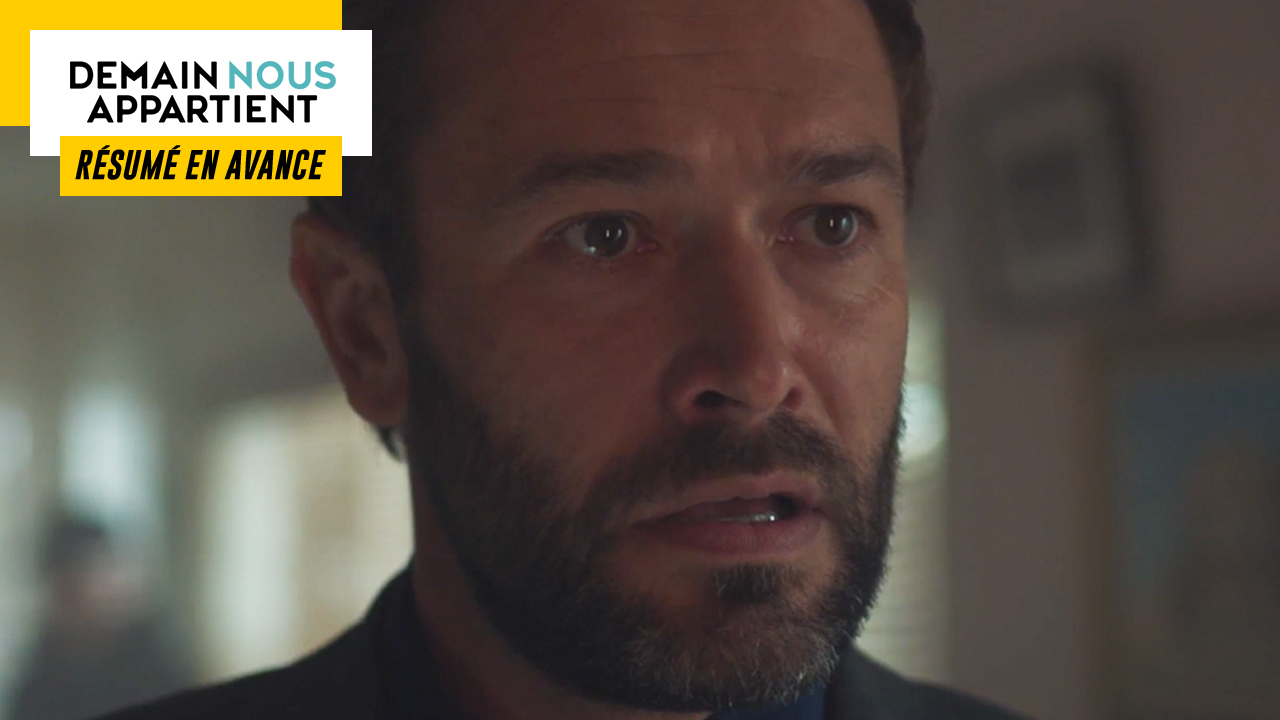 In the next episode of “Tomorrow is ours” … While the police arrest Rebecca’s assailant, Lizzie sees her dream go up in smoke. As for the Moreno, they buy the Brunet house.

Wednesday November 17 in Tomorrow belongs to us …

Rebecca didn’t sleep a night for fear that Sebastien would come back to her room to kill her. Although he repeats to her that her IV was rolled up, she does not believe him and even comes to think that it is he who assaulted her at the top of the lighthouse. The latter affirms the contrary and indicates that he was retained by a videoconference for his work. But nothing helps, his ex-wife is convinced that he sent someone to assassinate her.

For his part, Xavier seeks to shed light on Rebecca’s assault. Unfortunately, the police did not find anything to complete the investigation. While Commander Constant explains that he cannot mobilize all his teams on this case, the prosecutor calls on him to intensify the research.

Meanwhile, Raphaëlle arrives at the hospital and discovers with amazement that her mother has left the place without warning her. Very worried, the lawyer rushes to the Spoon where she comes across Rebecca packing her bags. No longer feeling safe in Sète, the latter decided to leave before this story ended in drama. With tears in her eyes, Raphaëlle, who wants her mother to stay with her now that she has found her, promises to take care of and protect her. When she invites him to move in with her, Rebecca jumps into her arms before accepting with joy.

Once installed with her daughter, Rebecca has a good time with Maud and Camille and learns on this occasion that Raphaëlle has started drinking since her return to Sète.

A few kilometers away, Roxane discovered an old blog on Rebecca kept by Eric Forestier, a fan of the region. When digging a little, the police noticed that this man often wore a hooded sweatshirt with a monkey on it. Without waiting, Xavier, Commander Constant and their teams rushed to Frontignan to question him. Once Eric is handcuffed, the prosecutor enters the apartment and sees with fear an altar dedicated to Rebecca. While looking at the many photos, Xavier lingers on one from 1991. After checking that no one was watching him, Xavier, in shock, slips the snapshot into his pocket.

LIZZIE SEES HER DREAM GOING UP IN SMOKE

Apollo is about to leave high school when Lizzie approaches him to make an appointment for her singing lessons. Uncomfortable, the music teacher then reveals that he was expelled from the establishment because he never had the necessary diplomas to teach. Refusing to stand idly by, Lizzie, Mona and Jack defend her cause with Chloe. Unfortunately, the rectorate being a copy of the anonymous email she received, she is unable to reverse her decision. Behind the door, Irene takes pleasure in listening to them.

Lizzie is then depressed. As she wishes to support her daughter in her choice of career, Audrey encourages her to cling to her dream. When her mother says she is ready to take a side job to pay for singing lessons, Lizzie declines because she doesn’t want her to sacrifice herself for her. For her part, Chloe informs Alex that she risks a reprimand for not having made the usual checks concerning Apollo. Although she suspects Irene of being at the origin of the anonymous email, the principal is worried about her colleague who has just lost her job.

A few kilometers away, Audrey accompanies Lizzie to the edge of the beach where her brothers are waiting for her for an impromptu concert. Accompanied by Jack and Jordan on the guitar, the teenager then begins to sing “Our tomorrows” by Vianney. A success for Lizzie who is applauded by passers-by who stopped to hear her sing.

THE MORENO BUY THE BRUNET’S HOUSE

Determined to acquire the Brunets’ house, Christelle and Sylvain are getting ready for their meeting. Bursting with energy, they intend to assume their status as nouveau riche and opt for a biker outfit. Insofar as the new motorcycle they bought does not start, it is in a van that they arrive at the rendezvous.

Seeing the Moreno couple, Victor is far from suspecting that these are his potential future buyers. If he first thinks of a misunderstanding, he immediately changes his attitude when he learns that they have become multimillionaires by winning the jackpot at the casino. Sylvain and Christelle, who did not appreciate his condescending tone, then have fun making him believe that they can buy dozens of houses like his. Victor tries to catch up but it is not enough for the Moreno who demand a real apology. After asking their forgiveness, Victor shows them around his villa himself.

Soon after, Victor tries to coax them into pushing up the price, but they have no intention of negotiating. And to launch that their offer is take it or leave it. In a position of strength, Sylvain and Christelle even demand a confidentiality clause so that no one knows that they are the new owners. As discretion has a price for Victor, the Moreno’s manage to find an agreement that they all seal together over a glass of champagne.