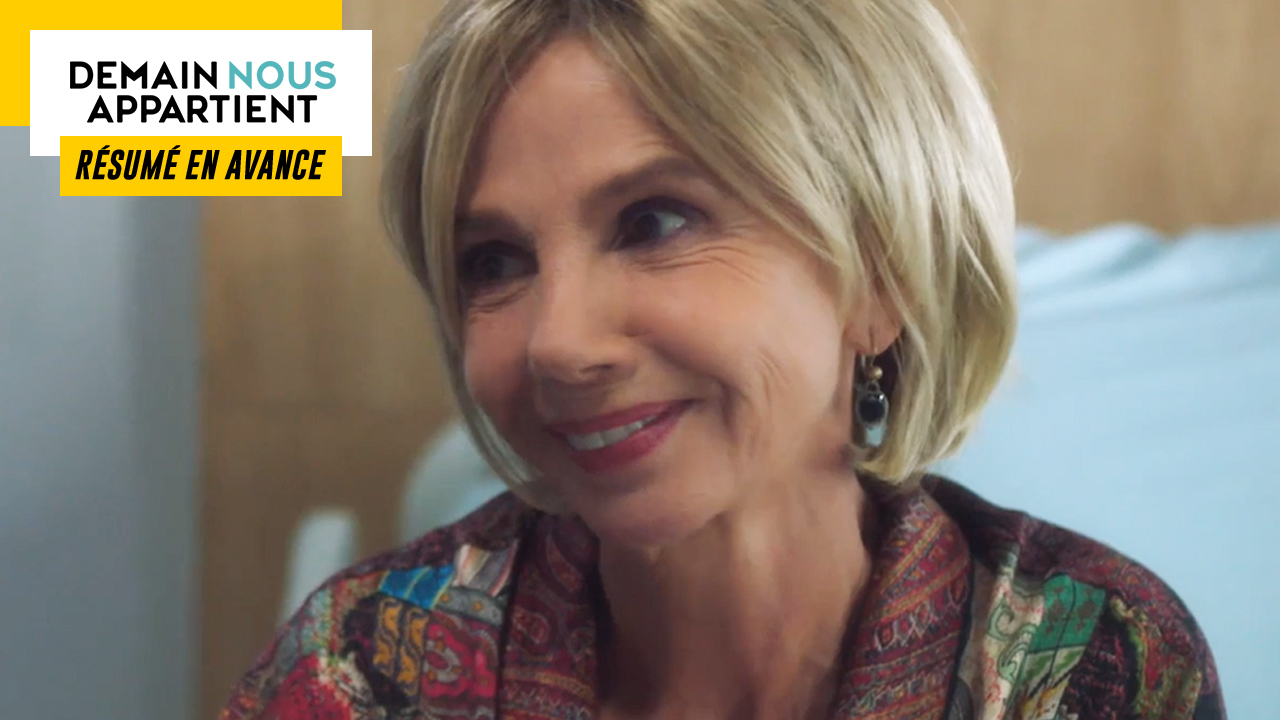 In the next episode of “Tomorrow belongs to us” … While Rebecca is out of business, Chloe discovers Apollo’s secret. Sylvain and Christelle are ready to do anything to get the house of their dreams.

Tuesday November 16 in Tomorrow belongs to us …

REBECCA GETS OUT OF BUSINESS

As a man tries to kill her with a knife, Rebecca screams for help. Fortunately, a jogger hears her calls for help, climbs to the top of the lighthouse and scares the mysterious individual away. In shock, Rebecca eventually faints and wakes up the next morning in the hospital with her daughter.

If her results are good, however, Dr Dumaze would like to keep his patient under observation for 48 hours since she is in remission from cancer. As her mother no longer benefits from social security in France, Raphaëlle agrees to bear the costs and come to her hotel to collect her belongings. Hearing her call her mom for the first time, Rebecca struggles to hide her joy and says she is very touched that her daughter is taking care of her. When the latter tries to understand what she was doing at the top of the lighthouse, Rebecca lies to her and then indicates that she wants to thank the woman who saved her life.

Meanwhile, Martin collects the testimony of Sophie Novak, the lawyer who helped Rebecca. According to her, the assailant was a man in his 50s who wore a hoodie from a well-known brand from the 1980s with a monkey on it.

For their part, Maud and Camille question their grandfather about his love affair with Rebecca. Sébastien and Rebecca met at a concert and fell in love with Raphaëlle nine months later. Although he loved his ex-wife very much, however, he begs his granddaughters to stay away from her.

Not far from there, Raphaëlle brings her mother some things and Sophie Novak’s phone number. Since she forgot to bring back her medicines, Rebecca takes advantage of Doctor Dumaze’s visit to ask him for sleeping pills. Even if his state of health does not justify it, Renaud, who is a big fan, promises to see what he can do.

Later, Sébastien finds his daughter in tears in the hospital and does not understand why she is in all her states for a woman who has abandoned him. Shortly after, they are interrupted by the arrival of Anna who comes to check on Raphaëlle. At worst, the lawyer tells her that her mother, whom she has not seen for thirty years, has just been hospitalized following an assault. When Anna offers to make an appointment to discuss it at the end of the day, Raphaëlle guarantees that everything is fine.

At the same time, Sophie visits Rebecca. Happy to see her, the singer would like to thank her for saving her life, but she judges that she has only done her duty as a citizen. As Rebecca invites her to dinner to meet her daughter, Sophie, who seems to know her well, accepts.

At nightfall, Sébastien enters Rebecca’s room and takes advantage of her being asleep to handle her infusion. Seeing him do it, she tries to understand with terror what he is doing.

Apollo having barely skimmed the music program since her arrival, Mona worries about her future and fears that she will not get her baccalaureate because of her fault. Certain that he was improvising his lessons, Georges’ mother shared her concerns with Irene. While the latter points out that the professor has very solid references, Mona, who conducted her little investigation, reveals to her that Apollo has never taught in other establishments and even comes to wonder if he has. his diploma.

For her part, Lizzie explains to Apollo that she cannot afford singing lessons. Believing that it would be a shame to waste such a talent, he offers to give her private lessons for free. Happy, the teenager hurries home to share the good news with her family. If at first she is refractory, Audrey ends up supporting her daughter in her choice of career.

For her part, Chloe received an anonymous email stating that Apollo is an impostor. The music teacher does not appear in any national education file, so she has no choice but to dismiss him. Apollo then asks him for forgiveness and then certifies that he will be gone the next day.

Christelle and Sylvain have decided to buy the house from Victor Brunet. Even though they fell in love with this villa, they still want to acquire it at a better price. To do this, the Moreno’s are playing picky customers and claiming they’re going to have to do a lot of work to bring the price down.

While Christelle and Sylvain are certain to win their case, Victor Brunet, whose accounts have been frozen since his release from prison, refuses to sell off his house and summons his real estate agent to obtain the sum that was initially agreed. Better, the businessman chooses to meet his potential buyers to lead the negotiations.