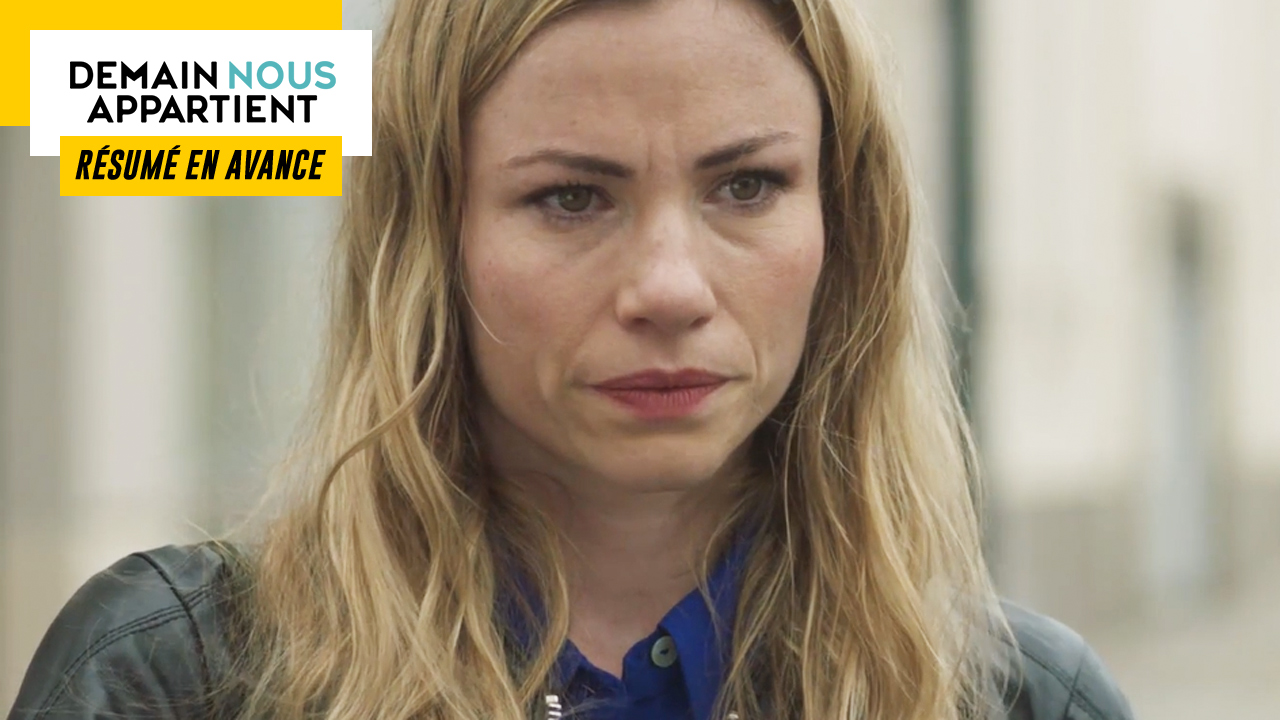 In the next episode of “Tomorrow belongs to us” … While Marjorie confesses, Rebecca meets her granddaughters. At the same time, Jahia and Jordan are getting closer.

Wednesday November 10 in Tomorrow belongs to us …

Time is running out for Anna, whose life is more in danger than ever. If the Delcourt girl manages to free herself from Marjorie’s grip, the latter is unfortunately much faster. And as she prepares to stab her, Martin intervenes just in time before arresting her for attempted murder.

Raphaëlle later informs Karim that Anna has officially been cleared of the charges against her. On the other hand, things are going to be much more complicated for him since the police have found no evidence to exonerate him of Jim’s murder. Although Marjorie seems determined to keep quiet, Karim still has confidence in his colleagues to shed light on the whole affair.

For her part, Marjorie admits having staged her own murder in order to get revenge on Anna. However, she denies killing Jim. To push her to confess, Aurore, who has surrounded her well, makes her believe that Jim was madly in love with her and that he was very worried when she disappeared. Unsurprisingly, she falls for it and confesses the murder of her husband.

Warned by her lawyer of Karim’s release, Anna waits for him when he comes out of prison. While she was hoping to resume a normal life together, Karim, who has no desire to act as if nothing had happened, announces that their story is over.

Rebecca is waiting for her granddaughters in front of the school. After claiming their meeting was a coincidence, she invites them to join her at the Spoon for lunch.

For her part, Raphaëlle confides in Virginie. Although the situation is delicate, Master Corkas advises her to officially introduce Rebecca to her daughters, but Raphaëlle excludes her above all, it is going way too fast for her.

Not far from there, Maud, Camille and Rebecca meet when Raphaëlle arrives at the Spoon. Furious, she orders her mother to stay away from her daughters. Upon learning that Rebecca is their grandmother, Maud and Camille are in shock because their mother always said she was dead. While Rebecca says she is saddened to hear this, Raphaëlle retorts that she does not care and even goes so far as to tell her that her death would have saved her a lot of trouble. Deeply hurt, Rebecca prefers to leave them alone but specifies however that she intends to stay in Sète.

Back home, Raphaëlle confesses to her daughters that her mother abandoned her at the age of nine and that she has never heard from him since. After apologizing for inflicting this on them, she indicates that it is a part of her life that is over and then makes them promise not to come near her anymore. Thereafter, Raphaëlle receives a call from her father and informs him that Rebecca has returned to Sète. Sébastien then promises to take care of everything before hanging up.

JAHIA AND JORDAN ARE CLOSING

Jahia hasn’t heard from Jordan since the kiss they shared a few days earlier. Shortly after, Roussel’s son, who is particularly in a good mood, agrees to meet her to revise their presentation which is fast approaching.

In high school, the two teenagers seem happy to meet again, which surprises their French teacher. In order to be calm, Jordan and Jahia isolate themselves in a classroom. If Jahia intends to get to work, Jordan instead intends to discuss their kiss in the hospital. When they are about to kiss, they are interrupted by the unexpected arrival of Mathilde.

Jordan therefore waits until the end of class to have a discussion with Jahia and she confirms that something is going on between them. When she is about to leave, he holds her by the arm. Only, Angie sees him do it and immediately thinks that he is attacking his sister once again. As the tone rises, Jahia intervenes and promises Jordan that they will talk to each other later.