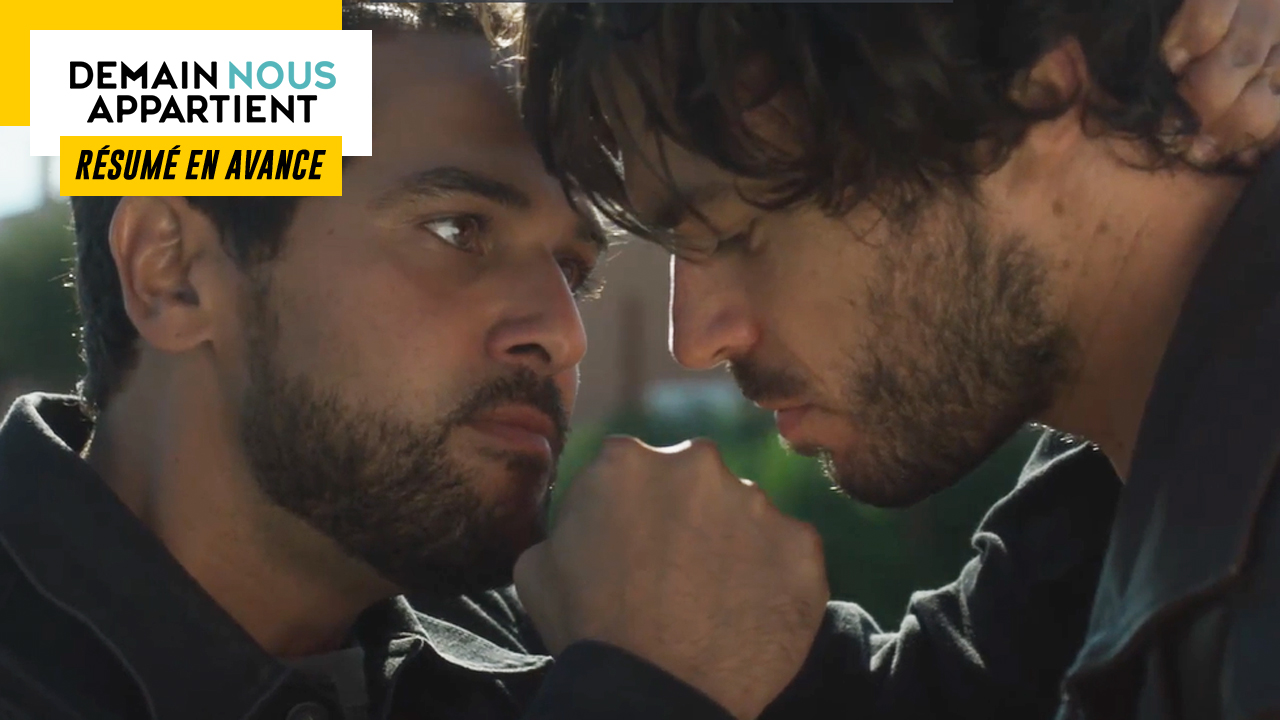 In the next episode of “Tomorrow is ours”… While Karim does everything possible to help Anna, the Moreno’s visit luxury villas. Lizzie tries to convince her mother to take singing lessons.

Tuesday November 2 in Tomorrow belongs to us …

KARIM DOES ALL I CAN TO HELP ANNA

Somewhere, a mysterious stranger writes Anna Delcourt’s name in a notebook before crossing it out in red. Not far from there, Chloe visits Anna in prison. In tears, the young woman swears that she is innocent. Knowing it perfectly, Chloe promises to do everything to get her out of there as soon as possible. During the discussion, Chloe notices that her sister is losing her hair and encourages her to hold on despite the stress.

Very worried, Chloe begs Xavier to help her sister. When he reminds her that there is a bundle of damning clues against her, she accuses him of not having carried out the investigations and of not showing any humanity. Xavier may say that he does everything he can to complete the investigation, Chloe does not believe him and ends the conversation.

For her part, Roxane does research on Jim and discovers that he emptied his wife’s bank account a few days after his disappearance. Meanwhile, he buys a plane ticket to Miami for Friday.

Later, Karim visits Anna in the visiting room. After she claims to have never slept with Jim, Karim reports that the most important thing is that she gets out of jail. Convinced that Jim killed his wife, he wonders if the reporter knew where they lived. Anna then remembers having forgotten her identity card at the hotel but also having lost her keys a few days earlier. Karim, who is certain that he has engineered everything, guarantees to succeed in cornering her and Anna therefore thanks him warmly.

Karim then receives a call from Roxane who tells him that Jim has booked a one-way ticket to Miami. Once he hangs up, Karim goes to Jim’s hotel. Furious, he then grants him 24 hours to denounce himself, otherwise he will die.

At the Moreno’s, Christelle is in a bad mood. Between the noisy toilet flush and the uncomfortable mattress, she hardly slept all night. No longer supporting the decoration of her home, the social worker now dreams of a bigger house with a dressing room. Also, even if she has to work, Christelle takes a day off to consult real estate ads.

To visit millionaires’ homes, Sylvain and Christelle decide to dress for the occasion. After six unsuccessful visits, the real estate agent is about to drop them but quickly changes his mind when the couple specifies that they have a budget of nine million euros. He then presents them with an exceptional property reserved for VIP customers.

Christelle being excited, the real estate agent advises them not to hang around too much to make an offer because several buyers are interested. And when he says that there are stars among their future neighbors, the mother has stars in her eyes. The Moreno’s seem determined to bid at a price to avoid missing out on their dream home.

On their way home, Sylvain and Christelle show Charlie the photos of their potential future home. The latter immediately recognizes the place since she visited this house with her father when arriving in Sète. She then tells them that this property has been on the market for years because it was built in a flood zone.

LIZZIE ATTEMPTS TO CONVINCE HER MOTHER TO TAKE SINGING LESSONS

On the advice of her teacher, Lizzie would like to take music lessons. As she tries to bring up the subject with her mother, Jordan and Jack argue over a t-shirt which ends the conversation.

Later, the teenager finds Mathilde and tells her about her dream of becoming a singer. An idea that thrills her friend a lot, which encourages her to have a discussion with her mother as soon as possible. So she goes to the Spoon to talk to her mother but Audrey half listens to her because she has to work.

At the end of the day, Lizzie tries once again to talk to her mother. Her brothers are still bickering, she gets carried away and says that she wants to become a singer. By the time Audrey replies that this is not a serious career, Leo feels bad and passes out. Without waiting, Jordan calls the fire department.