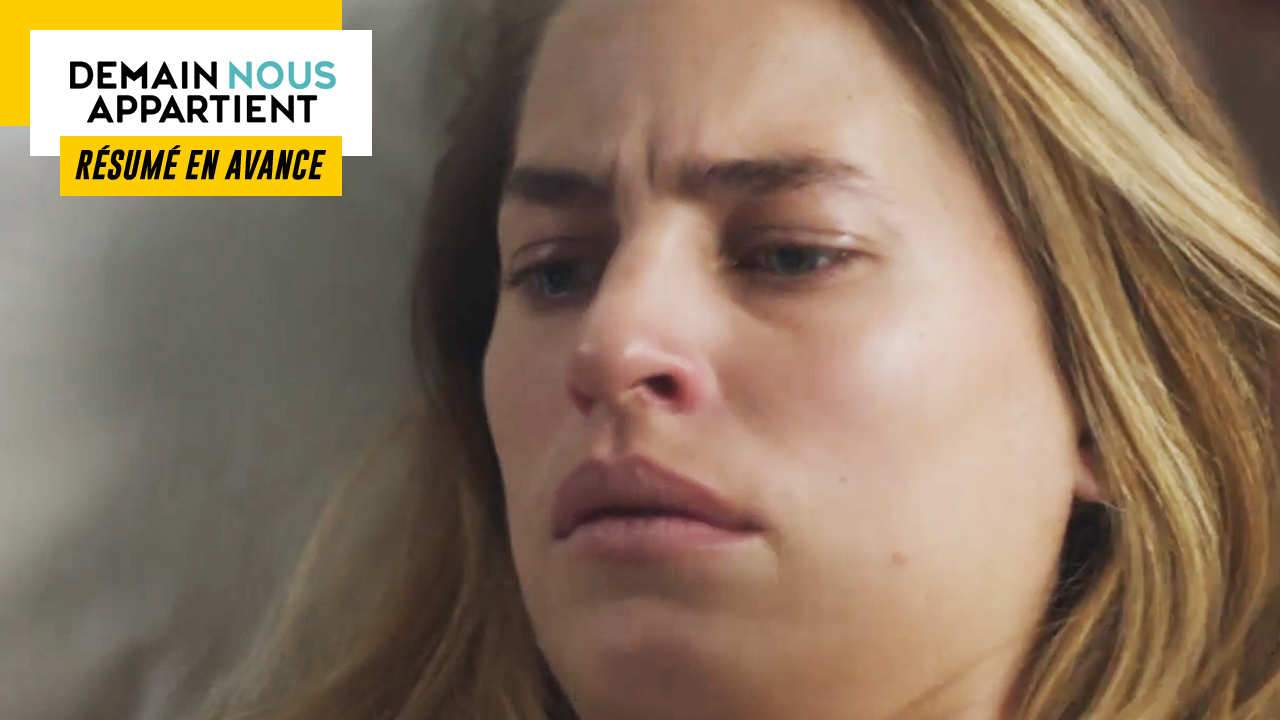 In the next episode of “Tomorrow belongs to us” … While Victoire hallucinates, Maud falls under Jack’s spell. Flore doubts her relationship with Alex.

Thursday September 30 in Tomorrow belongs to us …

As the resuscitation process can be quite long, Victoire has not yet woken up but should soon emerge. While her patterns are good and the majority of the risks have been ruled out, that doesn’t mean she’s off the hook. Also, the days to come will be decisive for Victoire.

Not far from there, Flore and Chloe come to support Sandrine and the three friends hug each other warmly.

Later, Victoire wakes up quite confused. As she gradually comes to her senses, she hallucinates and sees a man she does not know sitting at the foot of her bed. Seeing her daughter panicking, Sandrine understands that something is wrong and hastens to call a doctor. Doctor Daunier then explains to them that the anesthesia was very strong and that it will take a little longer for her to return to her normal state. If it’s impressive to see, he assures them that there is nothing to be alarmed about.

Subsequently, Samuel goes to Victoire’s bedside and finds her curled up on the ground completely terrified. When he asks what is wrong, the young woman admits, sobbing, that she is afraid. Worried, he reports to William what happened. As he still cannot understand the behavior of his patient, Doctor Daunier seeks Renaud’s opinion. The latter reassures him and then confirms that he has carried out his operation with rigor.

In the evening, Victoire has a new hallucination where she sees the same man sitting on her bed. Panicked, she calls for help and summons Marianne to remove the mysterious individual. Only, Doctor Delcourt points out to him that there is no one except them in the room.

In high school, Jack is reading Turgenev’s “Premier Amour”, a book about feeling in love. After Maud approaches him, the two teenagers get to know each other better through literature. As Maud really wants to read this book, Jack says he is delighted and in a hurry to be able to discuss the subject with her.

In French class, François asks Maud about figures of speech. As she dries, Jack comes to her aid and whispers the answer to her. At the end of the course, she thanks him warmly, which gives them another opportunity to discover themselves.

On leaving high school, Maud goes to the bookstore to buy Tourgueniev’s book and then joins her sister at the Spoon. The latter then quickly understands that her little sister has fallen in love with Jack.

FLORA DOUBTS OF HER RELATIONSHIP WITH ALEX

Even though Celeste is much better, Alex offers Chloe to spend an extra night on the sofa in case she wakes up. Without hesitation, his ex-wife accepts, all the more so since he was scheduled to keep Céleste the next morning.

At the same time, Camille warns her mother that Alex has moved in with Chloe during Celeste’s chickenpox. A concept that the teenager who finds it strange that a separated couple can get along so well is difficult to understand.

Not far from there, Flore comes for a coffee at the Spoon and confides in her son about Alex’s repeated absences these last days. Indeed, she has the impression that the man she loves is moving away from her and that her feelings have changed. However, Bart does not believe it for a single second and encourages his mother to speak directly with Alex to be reassured.

For her part, Celeste pronounces her very first word surrounded by her parents. A moment of joy interrupted by the arrival of Flore who came to the Delcourts to give the little girl a blanket. Celeste getting much better, she invites her companion to have dinner alone. And although he would have secretly liked to spend the evening in the company of Chloe, Alex accepts.

At the same time, Raphaëlle joins Xavier in his hotel room and offers him to spend the evening together. As he invites her to dinner, Raphaëlle, who has another idea in mind, suggests instead that they meet as before. When he questions her to know if she is serious, Raphaëlle leaves the room with a smile on her lips.