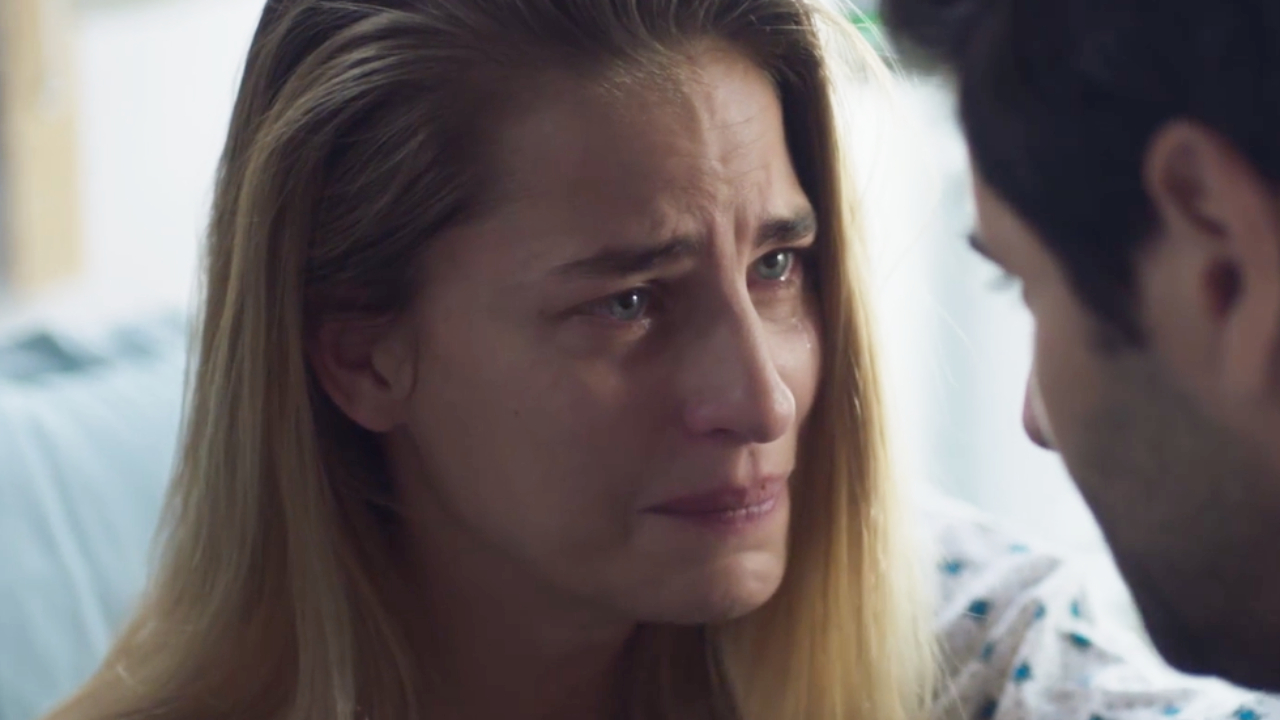 In the next episode of “Tomorrow belongs to us” … While Victoire has another cardiac arrest, Chloe shows her support for Irene. Nathan wonders about his way of flirting.

Monday September 27 in Tomorrow belongs to us …

Victoire was hospitalized following her heart failure. Although she is still tired, the results of her first exams are rather encouraging. As she still cannot understand what happened, Doctor Daunier reminds her that cardiac arrests without warning signs are more frequent than we think. He therefore recommends that she rest so that her condition stabilizes as quickly as possible.

In fact, William is particularly worried about his colleague whose condition is much more worrying than it appears. Since heart failure without coronary damage is not normal, he fears that Victoire has developed a viral infection that has reached the heart.

Meanwhile, Samuel goes to the bedside of the young woman who warmly thanks him for saving her life. A gesture that she will never forget, especially since she really believed she was going to die. After making her smile, Dr. Chardeau asks her to get back on her feet quickly but above all never to frighten her like that again.

Not far from there, Mona finds her son in the hospital and encourages him to call Sandrine to inform her of the situation. Certain that his companion will be released from the hospital soon and that everything will be as before, the policeman refuses to worry her for nothing.

Georges then joined Victoire to give her some news of those around him. On her arrival, she is seized with a hallucination in which she sees the doctors of the hospital mourning her death. Immediately after, she goes to meet William.

Understanding that edema is forming in his lungs because his heart is working less and less well, Victoire asks him to tell her the truth. When William declares that there is a good chance that she has fulminant myocarditis, she realizes that her condition will inexorably continue to deteriorate and that she has very little chance of surviving.

Back in her room, Victoire lets her mind wander and remembers with a certain emotion her love affair with Bastien, her first kiss with Georges, her reunion with Lucie or even her reconciliation with Anne-Marie. But this moment is interrupted by Georges who brings him chocolate bears. With tears in her eyes, her companion tells her the terrible news.

Victoire, who is convinced that she has little time to live, then makes a beautiful declaration of love to Georges and says that he is the most beautiful thing that has happened to him in life. She then makes him promise to rebuild her life and be happy if she doesn’t survive her infection. When the policeman collapses while whispering that he will not succeed, Victoire embraces him to comfort him by asking him to be strong.

Read Also:   Queens on Disney+: who are the heroines of this new musical drama?

A few hours later, Victoire had another cardiac arrest. While William tries to revive her, her heart does not return.

CHLOÉ SHOWS HER SUPPORT FOR IRENE

Irene and Cédric have decided to take legal action against Lætitia so that she can be tried and sentenced. For his part, Commander Constant warns them, however, that the trial could never take place if Lætitia were found to be criminally irresponsible. But regardless, the couple are determined to do everything they can to go to trial.

At the same time, François gives the floor to the students who wish to express themselves on the death of Clément. Very moved, Jahia recounts the ordeal that Lætitia has caused her to experience in recent days. Even though she knows she is sick, the teenager declares that she can never forgive him. Very attentive, Jordan intervenes to say that he will not succeed either before adding that Lætitia is a real monster.

At the end of the class, Jordan apologizes to Jahia and congratulates her for being so brave by indulging in this way. Unfortunately, the latter does not care what he has to say to her, especially since she seems to have already formed an opinion on him.

For her part, Chloe visits Irene to check on her. Despite their complicated relationship, she says she is there for her. After she offered him a few days off to recover, the CPE declined, preferring to work to clear his mind.

NATHAN HAS QUESTIONS ABOUT HIS DRAGGING

In high school, François leaves no one indifferent and certainly not Angie who is full of praise for her teacher, which annoys Nathan. When he invites his comrade out, he rejects his advances.

Read Also:   Éric Judor in Week-End Family on Disney+: a luminous series for the whole family -...

Not knowing how to deal with girls, he turns to Dorian who points out to him that he is too direct and that he should rather be interested in the girls that he likes. But Nathan isn’t sure he can change.

Soon after, Nathan reunites with Charlie and tries to understand why she has rejected his advances in the past. Frankly, the young woman replies that he is a confused guy and that it is not something reassuring for women.

Annoyed, he then takes it into his head to ask François Lehaut for some advice on seduction.