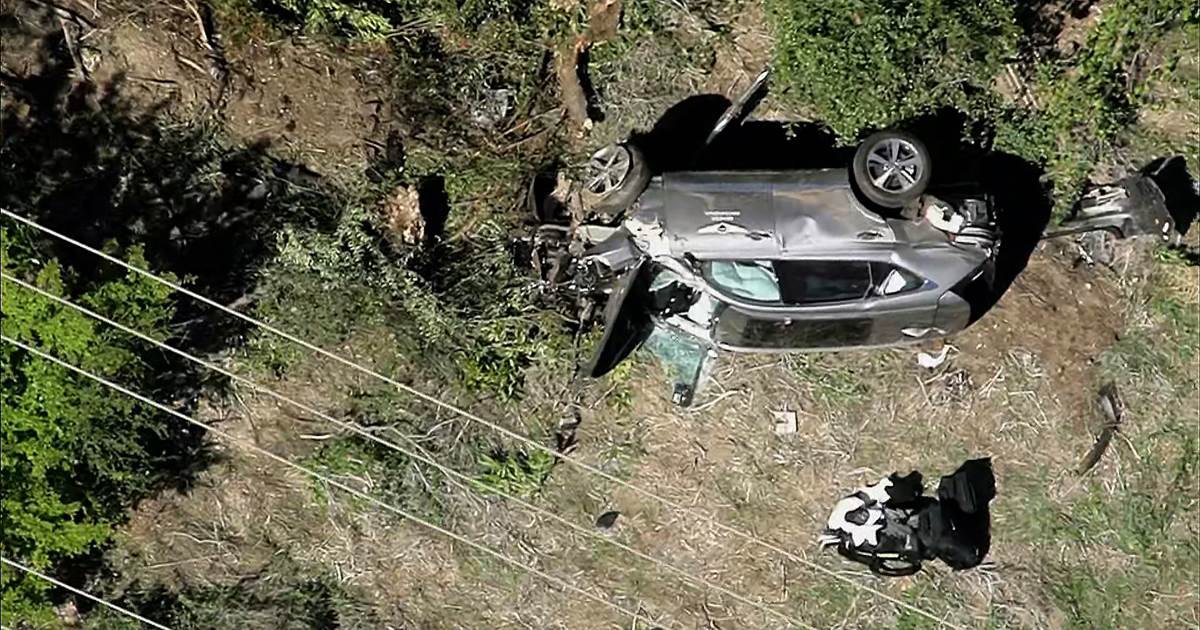 Woods’ vehicle was going north on Hawthorne Boulevard at Blackhorse road, on the border of Rolling Hills Estates and Rancho Palos Verdes, when it crashed and sustained “major damage,” the Los Angeles County Sheriff’s Department said in a statement.

Woods was the driver and only occupant of the vehicle, the statement said.

“Mr. Woods was extracted from the wreck with the ‘jaws of life,'” the sheriff added.

He was rushed to a nearby hospital for treatment of compound fractures in at least one leg, law enforcement sources said.

Woods famously crashed his car just a few days after Thanksgiving 2009 in Florida. The accident inadvertently revealed a bitter marital dispute between he and then-wife Elin Nordegren.

Woods hasn’t played in a tournament this year and is recovering from back surgery he underwent in December.

The 45-year-old golfer, who is based in Jupiter, Florida, was in Southern California this weekend for the Genesis Invitational, which benefits his foundation.

This is a developing story, please refresh here for updates.

Andrew Blankstein is an investigative reporter for NBC News. He covers the Western United States, specializing in crime, courts and homeland security.