It’s no secret that dealing with in-laws can be rough. Family dynamics can be hard to navigate even if it’s your family, so when you’re coming in late to the party it can feel like an insurmountable task.

When she and her husband bought a new house her mother-in-law wanted an “emergency” key and promised to never use it unless asked or in an honest-to-goodness emergency.

Not believing her (for good reason), OP gave her mother-in-law a fake key to their house.

wanna preface this by saying that I f34 married my husband m37 a year ago. His mom is snoopy and annoying af. She can’t help it that is just how she is as my dear in laws say.

My husband and I purchased a new house recently. My MIL kept pushing to get an emergency key, She promised that she only use it in an emergency but giving the fact that she had an emergency key to our old apartment and walked in on us being intimate twice (but my husband didn’t think it was big deal) I just couldn’t trust her so I just sent her a fake key (after she kept pushing) and she had a smug on her face after I hand delivered it to her.

At Christmas dinner, OP’s mother-in-law called OP out for giving her a fake key. When OP asked how she knew it was fake, she admitted to trying to get into the house while they were gone.

Days gone by and on Christmas dinner MIL angrily “called me out” on the fact I gave her a fake copy of the house key. She shamed me for doing this in front of everyone but in my defensive I asked her how she found out and she said days ago when she came over at 4 while my husband and were out.

I reminded her “didn’t you promise you wouldn’t use it unless there’s an emergency? So You tried to get in when there was no emergency and you broke the promise you made to us!”

She looked red in the face and the other family started staring and some even laughed at her for the face she made.

After being called out on her bad behavior, this grown woman threw a massive tantrum, and the family (including OP’s husband) thinks OP was wrong to embarrass their mom on a holiday, etc etc.

She suddenly got up from her seat and rushed into the kitchen where she had a huge meltdown so loud the next door neighbors must’ve heard – literally I’ve never heard a 60+ year old woman throw a tantrum like that. Needless to say dinner went awkward and my husband and his sister were giving me looks.

My husband went off on me in the car and said I lied and manipulated and humiliated and exposed his mom and said he wouldn’t have let me get away with it had he known.

We had an argument and he is demanding I apologize to his mom for my childish behavior and for ruining Christmas dinner for the whole family.

Should OP have taken the high road and let it slide during Christmas dinner, at least?

I have a feeling Reddit has some thoughts (especially about her husband!).

Like the top comment, who says OP should be rethinking something, but not what she did to her MIL. 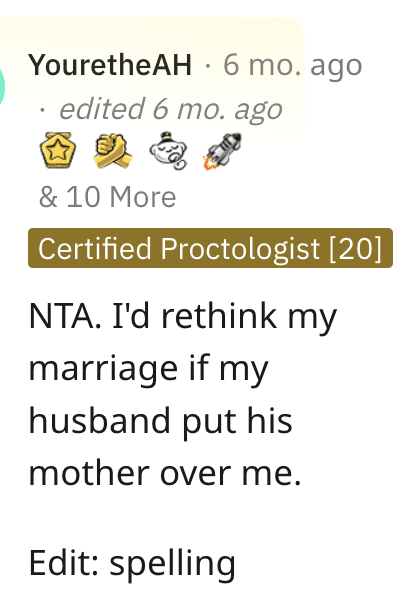 This MIL definitely has plenty of issues. 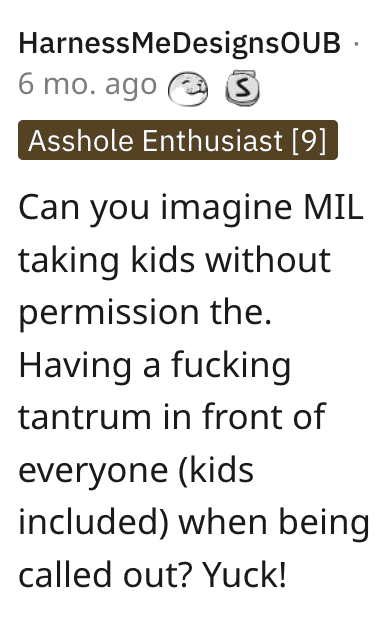 In fact, more than one person thought OP should have called the police and been done with it. 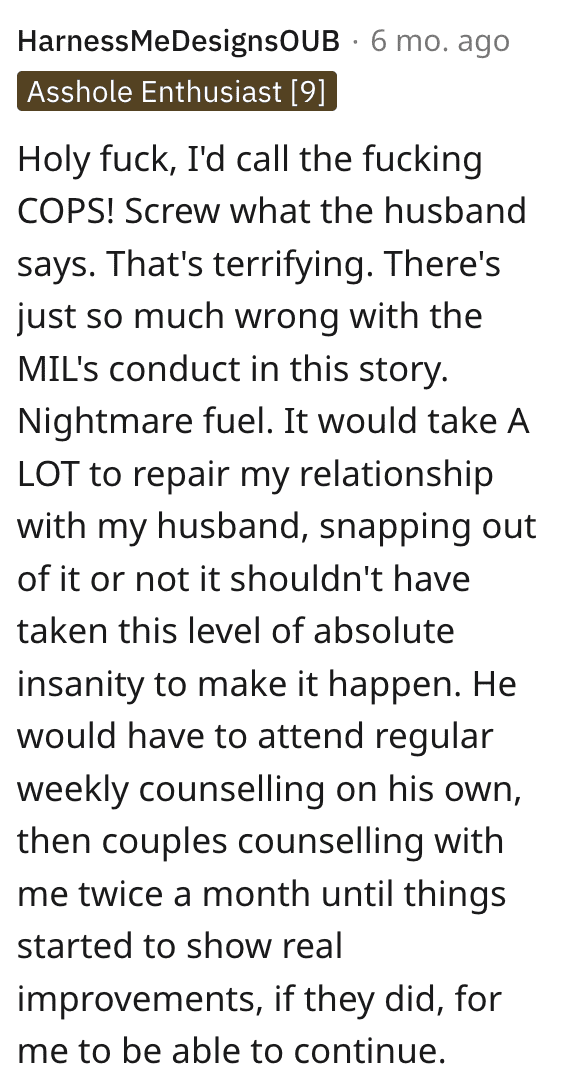 OP has been far more patient than most of us would have been, to be honest. 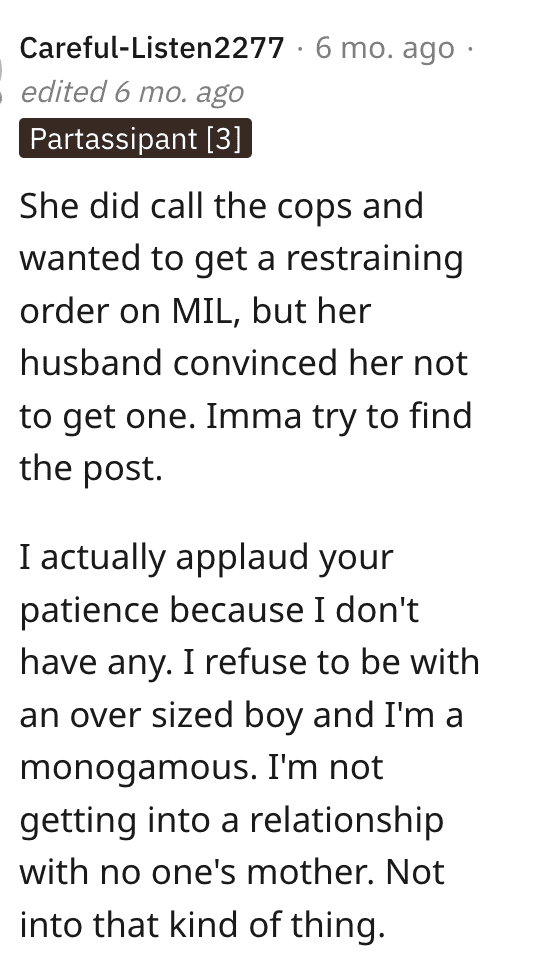 And the husband is definitely on the wrong side of this one. 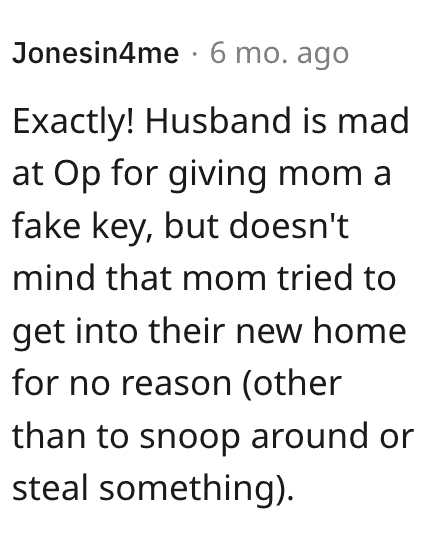 I don’t see this marriage lasting, and for good stinking reason. Men really need to step it up!

What would you have done in this situation? Tell us in the comments!