Most people who have given marriage (or other long-term relationships) a try probably come into these types of posts trying not to judge up front. It’s tough, there’s almost always more than one side to the story, and you know. Emotions are hard to control sometimes.

OP admits up front that she and her mother-in-law have had minor disagreements in the past that have led to a bit of a chilly relationship, so as they waited for their husband/son in the hospital waiting room they did so in silence.

My husband (31) was in the hospital for a surgery that involved anesthesia.

His mom came to wait with me there but didn’t speak to me because we have been having some minor disagreements.

She offered me coffee but I declined politely.

The nurse came out to let them know everything was fine but as he was waking up out of anesthesia he was asking for his mother. She went back to help comfort him, and the nurse told OP not to think much about it as people really weren’t totally aware after surgery.

OP, who still felt “irked,” decided to leave after waiting for 10 minutes.

Hours after the surgery, we were told only one person goes into the room for the day since he was still under anesthesia. From what I understand he woke up calling for his mom, the nurse asked for his mom to go in and she did. I was irritated and felt like all this waiting and stressing out got ignored.

The nurse told me that he was still not fully awake and was repeatedly calling for his mom spontaneously, she was basically hinting that I shouldn’t get worked up over a natural reaction from my husband but I couldn’t help feel irked.

I wanted to go home so I left 10 minutes later.

Her mother-in-law called, upset that she’d left and accusing OP of punishing her husband for a disagreement between women.

His mom called saying she got out the room after I left so I could get time with him but instead I couldn’t wait and went home. She said this was not okay and I flew off the handle for no reason.

I said that her son acted like I wasn’t there but she said that he can not be blamed for something he can’t control and I’m just being unfair to him and putting blame on him because of a disagreement between her and I.

Both of her in-laws have chimed in, saying that she should be focused on her husband and his health, but OP maintains she didn’t do anything “petty.”

I cut the conversation short after I sensed that she somehow blamed me for being unacknowledged and ignored. Her husband texted later saying I’m being hostile over nothing and that I should focus on my husband’s health instead of acting petty but I don’t think I did anything that qualifies as petty.

Reddit has other thoughts, I think, and they’re about to let her have them.

The top comment points out the obvious which is that OP is holding her husband responsible for something he likely couldn’t control. 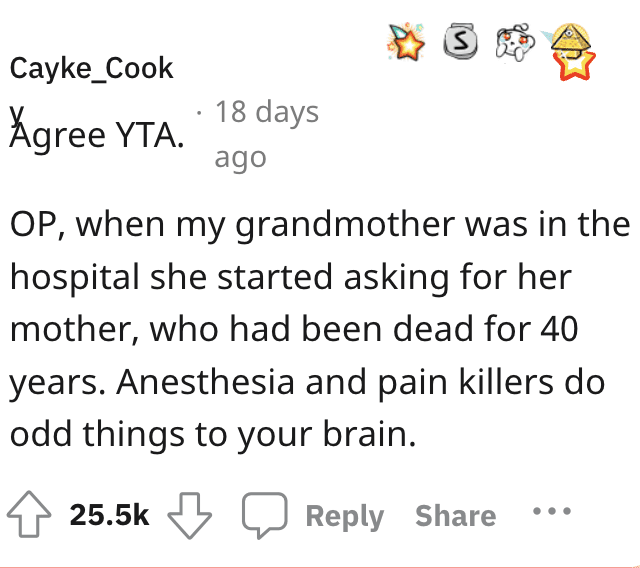 People who care do not leave their loved ones alone in the hospital. Full stop. 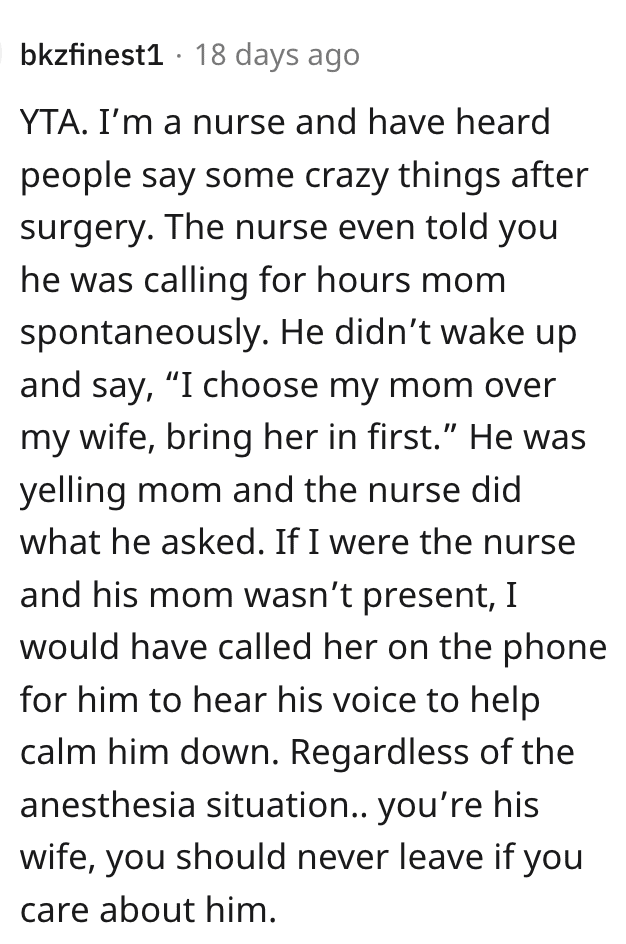 Her actions are actually the definition of petty. 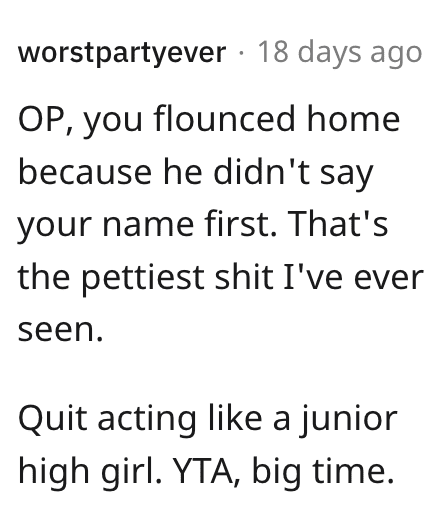 Even if he did ask for his mother first, this person says she should have let it go. 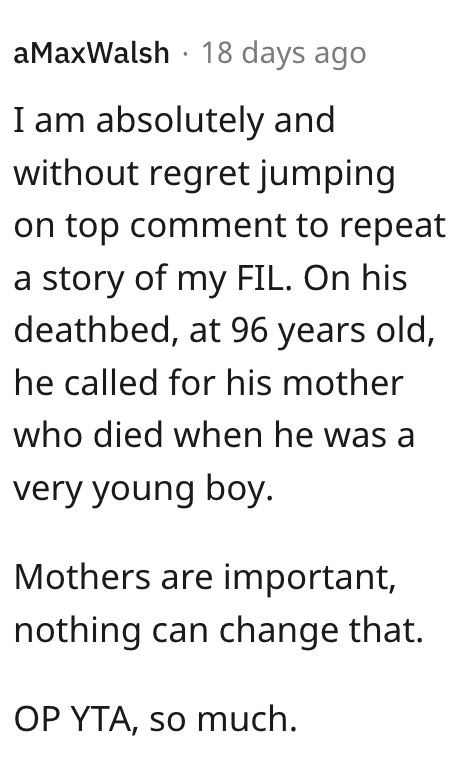 The consensus is that OP needs to grow up, like right now. 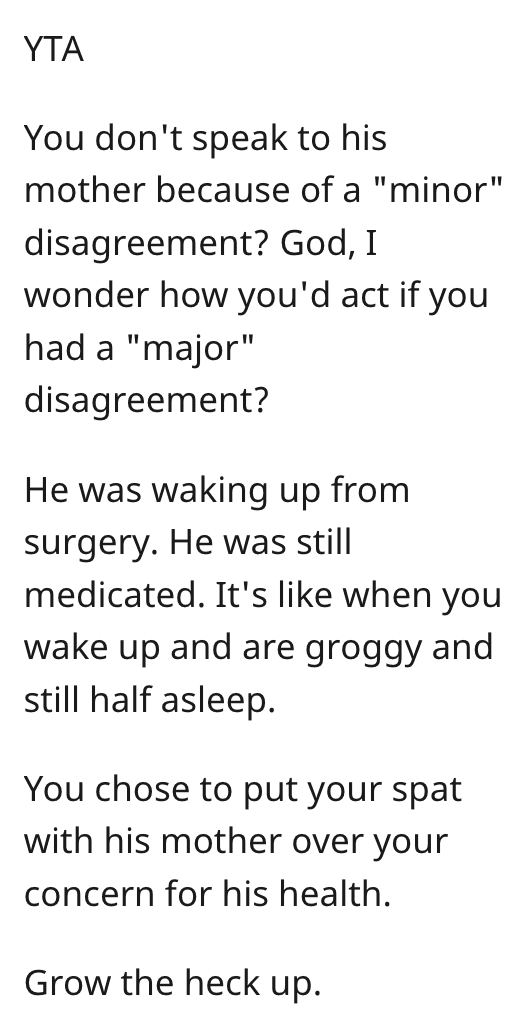 I can’t believe OP would just leave without seeing him and making a plan for next steps, etc. It makes you believe every other crab she had about her in-laws is probably petty, too.

Would you ever do something like this? Let’s talk about it in the comments!