This Angry Ex Got Revenge by Outing Ex, Wants to Know if He Was Wrong to Do It

This is one of those Am I The A$shole posts that starts to boil your blood after you read the title, but based on experience, those can go one of two ways.

You can either realize that not only were you right, but they’re even worse than the title suggested OR you can realize there’s more to the story and they’re just terrible at writing titles.

You’ll have to come along for the ride to see whether this person, who was rejected after a proposal because their girlfriend had a gay awakening, is truly awful for outing them to their friends.

My ex and I were together for 5 years. I decided to propose, but she rejected me. The next day, we had a talk. She realized that she was gay, since “I’ve been trying to hard to please myself from men”.

The very next day, I get bombarded with text messages. My friends asked if this was true, and they linked me to a post. It was a Facebook (who uses Facebook) post (exposing me) about me cheating. She said that’s why we broke up. Now I usually am not evil, but this pissed me off. She was destroying my reputation, for god knows why. I simply commented that the real reason that we broke up was because she is gay. People didn’t believe me, until my ex literally screamed at me for outing her. Then a lot of people started to call her out for her lies. I know I’m probably a huge asshole. Though I feel like she deserves it.

No. I did not cheat on her.

Yes. I did have sex with someone the day that we broke up. But it was after.

Predictably, the commenters were very opinionated as they weighed in.

Like this guy, who also agreed she deserved it. 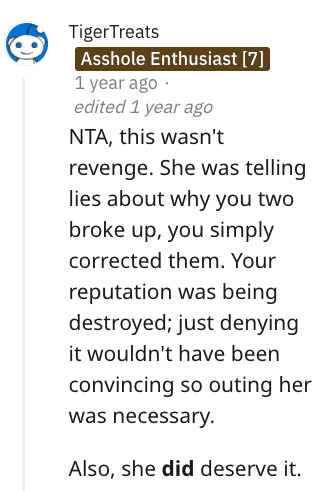 But then there are the rules about outing people… 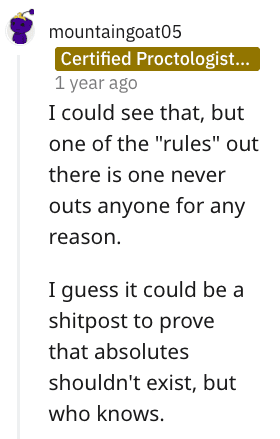 It’s maybe ESH (Everyone Sucks Here), if you squint. 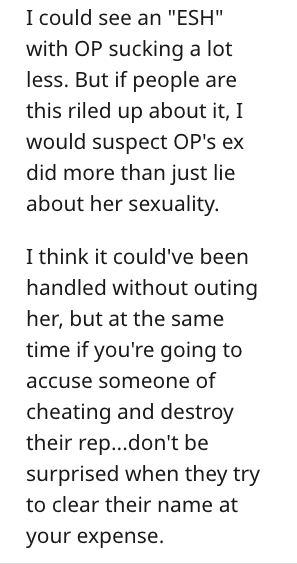 While some believe he could have been a bit more discreet. 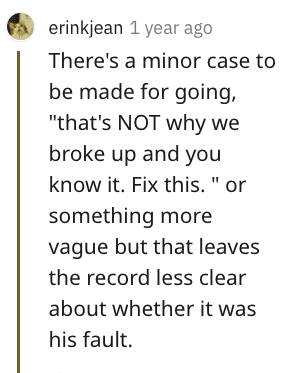 This person pointed out that cancel culture has removed some of those more tactful options. 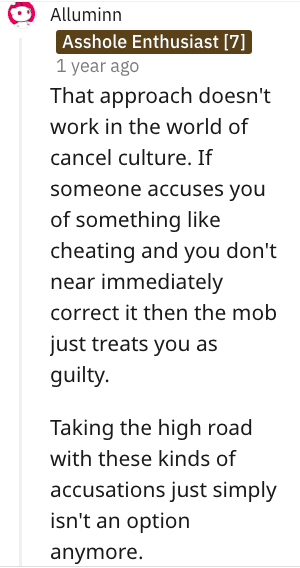 This is a tough one because of the “rules” regarding outing people, but also, I feel like there is probably more to the story since she went straight to Facebook and started telling what he says are lies.

What do you think? Let’s hash it out in the comments!

Read Also:   5 Movie Set Curses Guaranteed To Give You Nightmares