They’re Queer and They’re Here: 185 German Actors* Coming Out Together

Even though queer people are an integral part of the performing arts all over the world, their careers are at risk when it comes to dating and they are advised to stay in the closet to keep their roles. We are now embracing a revolutionary new movement of 185 actors and actresses in Germany, who have collectively presented themselves as gay, lesbian, transgender, bisexual, queer or non-binary with their #actout Manifesto.

185 cultural workers came to the SZ-Magazin to create a revolution. They want to fight against stereotypes, discrimination and cover-up. Even in today’s Germany, where being queer is widely tolerated, where civil rights and protection are granted, some groups are still reluctant to come forward for various reasons. As Markus Ulrich, spokesperson for the Lesbian and Gay Association in Germany (LSVD) reports, gay actors are often not allowed to play heterosexual roles in an authentic way. The idea is that a heterosexual actor can play a queer character if he’s feminine enough or if he’s brutal enough, obeying the anticipated stereotypical representations of LGBTQ + people. But a queer person can only play in queer roles. Ulrike Folkers, known for her role in Tatort Ludwigshafen reports: “I was chosen for a mother role, but when the director found out I was a lesbian, she turned me down. It’s discrimination. Of course, I can play a mother. She asks, “How do you feel when you can’t show up on the red carpet with the woman you love?” What roles does a non-binary person dream of? And how should the television, film and theater industry change? “.

From the #ActOut Manifesto, the actors and actresses say:

“We play wives and fathers, lovers and politicians, heroes and goosebumps. And quite often, characters that we would never agree with. This is why we can play murderers without having murdered anyone. We can save lives without having studied medicine. We can play people with different gender identities than the ones we live with. And, by the way, it’s something we’ve been doing for a very long time, all the time, actually, because it’s the nature of our profession.

Karin Hanczewski, an actress who plays a television detective, told SZ-Magazin that she was told not to wear too many checkered shirts at the crime scene. It was a deliberate indication to alleviate his lesbianism. Mehmet Atesci, a Turkish-German actor, member of the Burgtheater in Vienna and guest at the Gorky Theater in Berlin, reports: “I even had a long affair with a now well-known actor, every time a third person came, he would start flirting with a woman or talking in a desirable way about women so that people wouldn’t see or suspect him. “. Jenny Luca Renner, the LGBT representative on the ZDF television board, reports that agents recommend queer actors not to come out publicly for fear of being offered direct roles. This is the reason why some actors have refused to participate in #actout, or at least for the moment.

Diversity has always been an integral part of German society. Immigrants, sexual minorities, ethnic and racial minorities have always existed in society, but this was not reflected sufficiently in cultural narratives that target the heterosexual white middle class. In their manifesto, they state:

“We take responsibility for living and working together freely and openly. We stand in solidarity with all those who are confronted with stereotypes and marginalization by ableism, ageism, anti-Semitism, classism, racism and other forms of discrimination. We also feel connected to those colleagues who are not ready to take this step now. It is also an act of solidarity which goes far beyond the limits of our own industry and a call to all to support us.

However, in Hollywood, the wind is blowing in the opposite direction. While this goes hand in hand on some issues like acceptance and representation, it also contradicts some of the topics that #ActOut promotes. More and more queer actors in Hollywood are advocating preventing straight actors from playing queer roles and demanding that queer roles be played only by LGBTQ + actors.

Read Also:   Can You Fix Tattoo Lettering: Things To Do When You Don't Like Your Tattoo

Last year, in December, a musical The Prom by Ryan Murphy aired on Netflix. The film received a backlash over its portrayal of a flamboyant, cartoonish gay man played by James Corden, who is straight in real life. Critics claimed the role was homophobic and offensive to the stereotypical portrayal of gay men and that queer roles should be played by queer actors. This may seem contradictory to what #ActOut wants to accomplish. If straight actors shouldn’t have to play queer characters, should queer actors be given direct roles to play?

The entertainment industry is heavily focused on a straight and cisgender lifestyle. James Keitel, a non-binary actor who plays a non-binary trans-female character on ABC’s Big Sky says, they look forward to the day when they can play a role that has nothing to do with their gender or their sexuality, or the gender and sexuality of their character. English actor Rupert Everett told British Radio 4 that at the start of his career he felt very lucky. However, things changed after his release and his career was negatively affected. He says filmmaking is a very heterosexual business run by straight men and says that straight actors taking on homosexual roles have a choking effect on gay actors who, like him, are no longer seen as heterosexual roles. Much like the world we live in, the film industry is also strictly heteronormative. Queer actors don’t easily find their place, and queer characters are often played by straight actors as long as they exhibit stereotypical behavior.

Going out is a recurring event. It’s not limited to a one-time activity that you get out of your chest and go on with your life. It is anxious, stressful and ambiguous. It follows you everywhere and it is a big part of who you are. Every new acquaintance, workplace, school, university, date with Tinder, family member are new arrivals. Her uncertainty triggers underlying fears as seen with these brave artists who decided to go out and take on their challenges together.

There have been many examples of queer people in the entertainment industry who have suffered greatly from homophobia. Rüzgar Erkoçlar, a former Turkish actor and photo model was a popular face on television with his roles in high profile shows before his transition. It was blackmailed by a popular music producer in 2013 and it was publicly unveiled. Intizar, a Turkish queer singer who has had several hits in the country, was released with a sex video recorded by a hidden camera in her lover’s apartment. These two events cost both artists their careers with unprecedented public shame. It’s interesting to see because Turkey is no stranger to queer artists. One of the country’s greatest singers, Bülent Ersoy, also known as the Diva, is adored and respected by the nation. Zeki Müren, a transvestite, was the most prominent singer and actor of his time, nicknamed the Sun of Art even long after his death. However, something was missing from those two numbers. They never publicly owned their identity and encouraged other artists and ordinary people to come out. They were never activists and they were already established names. Even after decades, their public acceptance didn’t help Intizar and Rüzgar, who were both rising names but still couldn’t afford the luxury of going out. It just goes to show how important it is to move on, get out and #ActOut, to make it better for future generations.

It is an unprecedented event that has never taken place in history and its echoes will be a breakthrough around the world. We hope #ActOut will make diversity more visible everywhere and help queer actors overcome their fear of a career break. We would also like to thank them wholeheartedly.

To learn more about the manifesto, see act-out.org. 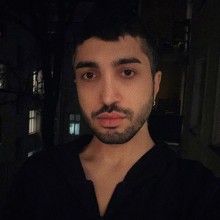 through Burak
February 9, 2021
in People, Stories

Interview with Tattooist Sop – The Charm of Fine Lines