But, alas, it never happened…

But it DID happen to the kid you’re about to read about in this story from Reddit’s “Am I the A**hole?” page.

But was the adult in this story wrong for doing so?

“My 17 yo nephew got the short end of the stick in the sense that he’s the oldest kid in his family and his mom and dad (my brother) force him to be his younger brothers caretaker. He really doesn’t have anything of his own and has to share everything.

This summer he wanted to get a summer job to make his own money and his parents punked him on it because they can’t afford camp for the younger four kids. He was really upset over it.

I’m just a single guy and do well financially. I asked him if he wanted to make me a cake and lasagna (he likes to cook) and I’d pay him. He did a pretty good job and I paid him $1000. That’s about about a third of what he’d make working part time in the summer. I was just looking for an excuse to give him money. $1000 isn’t a lot to me.

Later, his parents told me I shouldn’t give a 17 yo $1000 in cash and that was irresponsible. They asked me what he was going to buy and I said whatever he wanted. They asked me not to do it again because he’ll expect that every time.”

This reader said that it sounds like these parents don’t actually want their son to be independent. 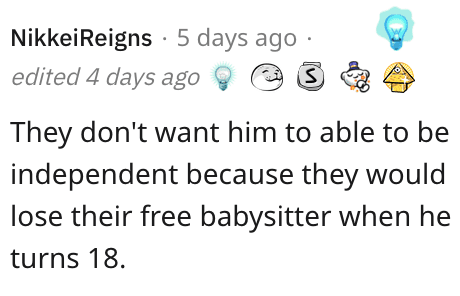 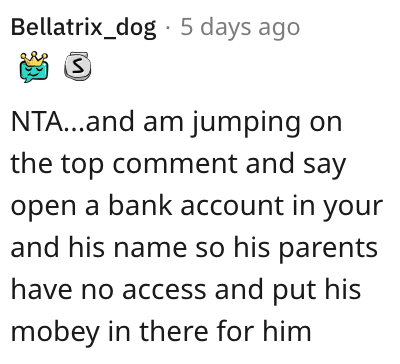 Another individual said they hope that this person helps their nephew get out of this situation. 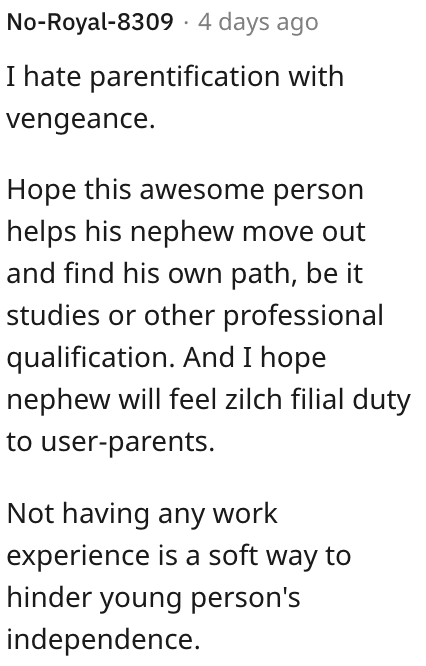 Read Also:   Was This Teacher Wrong To Tell Her Student "I Don't Care?"