The Year of the Shark: Club 300 AlloCiné loves the film with Marina Foïs and Kad Merad – Actus… 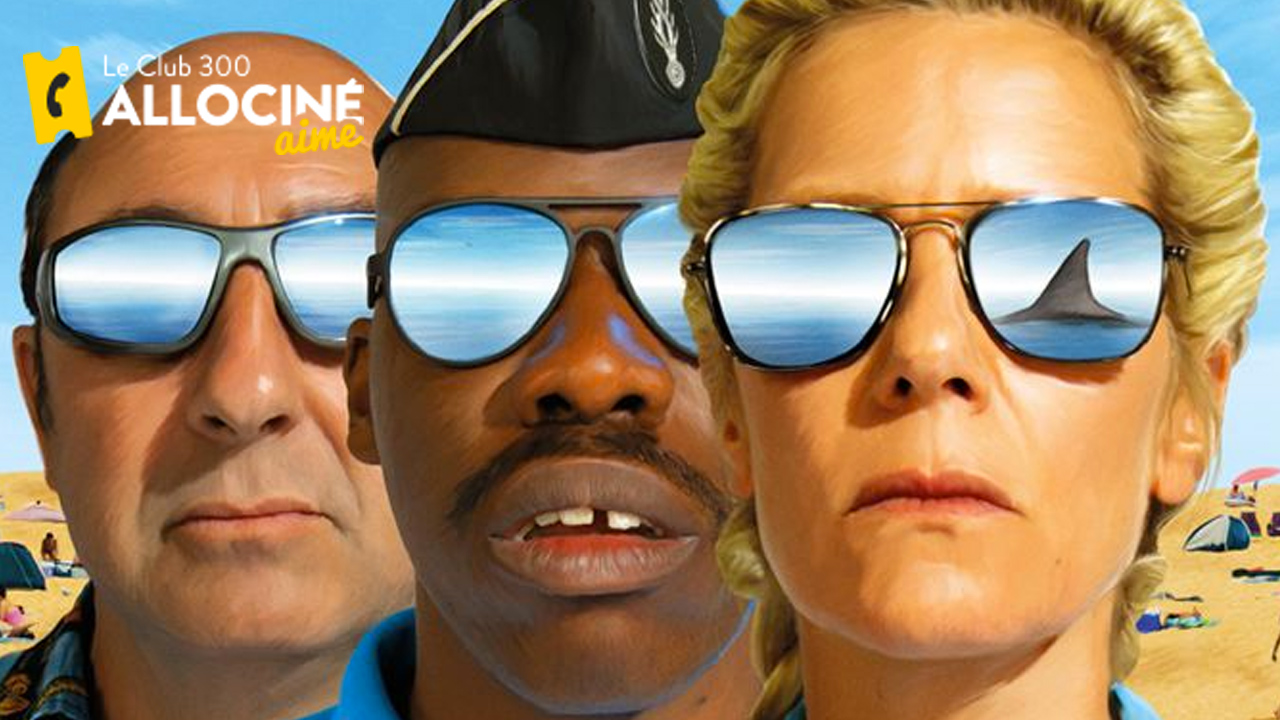 Members of Club 300 AlloCiné discovered “The Year of the Shark” by Ludovic and Zoran Boukherma in preview. And they liked this shark hunt in the South-West, in the company of Marina Foïs, Kad Merad and Jean-Pascal Zadi.

The Year of the Shark of Ludovic Boukherma & Zoran Boukherma

Maja, a maritime policeman in the moors, sees her worst nightmare come true: taking early retirement! Thierry, her husband, has already planned the camping place and the mobile home. But the disappearance of a vacationer puts the whole coast on alert: a shark prowls the bay! Helped by her young colleagues Eugénie and Blaise, she jumps at the chance to offer herself one last mission…

Why did the Rédac’ choose this film?

The teeth of… humor! One year later Teddy, which landed a werewolf in the Southwest, Ludovic and Zoran Boukherma are doing it again. With a shark, but the same mix of comedy and horror, coupled with a love for the accent and the people of the region in which they grew up.

The Year of the Shark is therefore the story of a shark that lands on the Atlantic coast, and threatens both the summer period and Maja’s retirement (Marina Fois), obstinate maritime policeman, ready to postpone his departure for a few days to overcome the beast. And the confirmation of the singular style of the directors, who tackle an unprecedented creature in French cinema with a beautiful cast, in which we also find Kad Merad, Jean-Pascal Zadi and Christine Gautier.

Alternately funny and (kindly) frightening, The Year of the Shark also presents itself as an allegory of French society since the appearance of the Covid (we talk about pro and anti-shark), and should not fail to fascinate moviegoers in its intelligent relationship to Sea teeth, to which he knows how to wink as much as move away from it. An original and refreshing entertainment, which is timely. And in which hides a reference to Teddy. As well as a clue about their next film.

As powerful as the Avengers team and as prestigious as Le Cercle des Poètes Disparus, AlloCiné brings together its most active members within its famous Club 300 AlloCine ! Each month, we reveal to Club members several films and series in preview for which they express an opinion at the end of the screening.

Their votes, from “excellent” to “very poor for me” thus determine whether the film or series they have seen has obtained the Club 300AIME label. Fans of cinema and series, experts, bloggers or influencers, the members of the Club 300 AlloCine constitute a strong relay of opinion with spectators and the entire profession.

What does Club 300 AlloCiné think?

Lucia’s letters – “What we particularly like in the tone given to this film is its quirky side. In truth, no film is like this one, does it borrow its codes from horror films and of course, to Jaws. To call it a parody is very reductive.”

Alice025 – “Shark film made in France, it is a mixture of comedy and genre film, set in a small fictional town by the sea in France (…) in the same kind of register as Teddy.

Maite.ferhat – “The two young directors had fun reworking the codes of genre films, and it shows! There is a real freshness that emanates from this film, also helped by an excellent cast.”

stone S. – “A gently quirky film that changes us from the usual summer comedies. (…) Nice to follow, and then a shark film made in France is not every day!”