I enjoy a jaunt through the McDonald’s drive thru as much as the next person. Every time I have been pregnant, the Spicy McChicken is where it’s at, y’all, and as a busy mom, sometimes a Happy Meal just hits the spot. For everyone.

That said, I don’t think I could manage to eat over 30,000 of any single menu item in my lifetime, delicious golden fries or not. 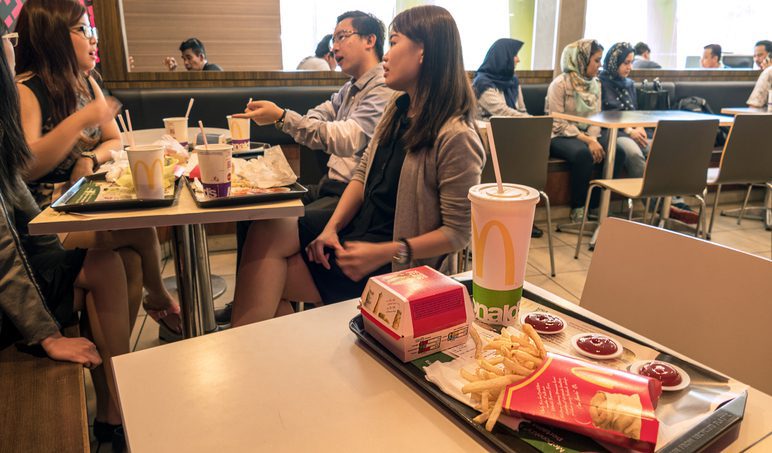 I also couldn’t manage to keep track of how many I ate of a certain thing. The shame alone would probably do me in.

Not so for this Wisconsin man, who now holds the world record for Big Macs eaten in a 50 year span.

Donald Gorske, from Fon du Lac, is a self-described Big Mac enthusiast, who not only ate all of those burgers, but has also kept every single carton.

He eats a Big Mac twice a day, he says, simply because he likes them.

“I love hamburgers like no other food. I am closing in on 50 years of eating them next year, after eating a Big Mac every single day. This is a McDonald’s Big Mac – it’s the best sandwich in the world! When I like something, I stick with it all the time.”

His love affair with Big Macs began in 1972, and he started tracking from the very beginning.

“I keep track of how many big macs I’ve eaten. For one thing, I save the cartons. Another thing is I save all the receipts and I also keep a running count on a calendar. I’ve kept the running count on the calendar since May 17 1972 right up through today, so I can tell you which Big Macs I ate on which day.”

Everyone has their thing in life, I suppose, and we might as well embrace ours – Donald here definitely has, and I’m guessing his name is going to go down in history because of it!