The truth if I lie on W9: the true story that inspired this comedy – cinema news 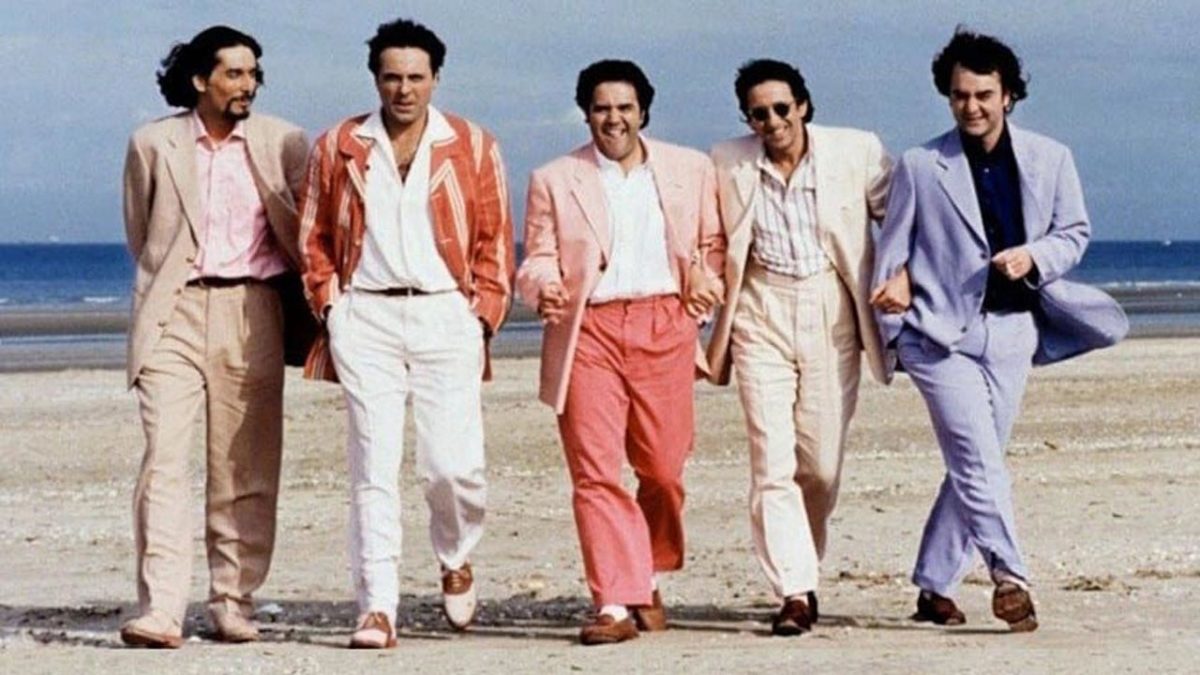 The cult ’90s comedy, The Truth If I Lie, airs tonight on W9. Did you know that Thomas Gilou’s film is inspired by a real character?

Released in our theaters in April 1997, the comedy The truth if I lie! totaled 4.9 million viewers at the French box office. A great success for the first steps in the cinema of the Bande du Sentier.

Directed by Thomas Gilou, the feature film follows Edouard Vuibert (Richard Anconina), a young man whom Victor Benzakem (Richard Bohringer), a successful entrepreneur from the Sentier district, takes under his wing and hires. But Benzakem believes Vuibert is Jewish.

Edouard, says Eddie, lets the misunderstanding settle on his origins and will make his way in a warm community, until seducing Sandra (Amira Casar), the daughter of his boss. But during the preparations for the wedding, Eddie unwittingly unmasks himself. He then unleashes the scandal and the anger of his future wife.

Co-written by Michel Munz and Gérard Bitton, the script for this comedy was originally to be adapted from Munz’s book, Rock Kosher. Published in 1992, the novel follows Arthur, a 20-year-old Jewish pianist who lives in the community but falls in love with a “shiksa” (non-Jewish woman). In 1992, the production company Vertigo put an option on the book, but for lack of money the adaptation was canceled.

Inspired by the beginnings of Mehmood Bhatti

The idea of ​​transposing Rock Kosher is abandoned, but not that of writing a comedy on the Jewish community of Le Sentier. Gérard Bitton and Michel Munz then got down to writing and decided to draw inspiration from the beginnings of Mehmood Bhatti.

Having moved to Paris in 1978 without a penny in his pocket, this Franco-Pakistani stylist started out as a maintenance agent in a boutique. Thanks to his self-confidence and resourcefulness, he quickly became a seller and managed to open his own shop. In 1990, he was recognized as the best craftsman of the Trail.

Mehmood Bhatti quickly became one of the most important manufacturers of the Sentier and one of the darlings of Parisian nights. His company “Bhatti”, for which he received the “Work and Merit” medal from the City of Paris, is established in 10 countries.

The writers were therefore inspired by the life of this figure of the Path to write The Truth if I lie! and create the different characters for their comedy. But no production company wants to risk producing this film, the subject of which is considered taboo.

The return of Vertigo

Thanks to the success of Cédric Klapisch’s film, Le Péril Jeune (released in January 1995), the production company Vertigo has greater financial means and returns to its commitment to Michel Munz and Gérard Bitton by deciding to produce La Vérité si je mens !.

Producers Aïssa Djabri, Farid Lahouassa and Manuel Munz decide to entrust the production to Thomas gilou who had just shot the comedy Raï with Samy Naceri and Tabatha Cash for Vertigo.

The filmmaker has a crush on history and agrees to direct it. Thomas Gilou and the duo of screenwriters work together on the 3 parts of the saga.

The prequel The Truth If I Lie! The Debut (released in October 2019) is written and directed by Munz and Bitton.