Space exploration is something that gets many people excited, but one thing that always dampens the party is the fact that, if we want to keep going, to explore deeper, we’re going to have to come up with a bunch of new technology that helps us circumvent all of the issues with just how vast the universe is.

Science is always working on these problems, though, and this direct fusion drive could be a game changer – it could propel us all the way to Saturn in right around two years.

When most people think about fusion power, they probably think about extremely destructive applications like weapons and hydrogen bombs (yes, I realize those are also weapons), but like most scientific advances, there is equal opportunity for good.

In this case, some believe fusion could be used to power space drives.

The direct fusion drive (DFD) is in development at the Princeton Plasma Physics Laboratory (PPPL), where Dr. Samuel Cohen and his team hope their work will help drive spacecrafts as they fly through our solar system.

Their main goal as far as a destination? Titan.

One of Saturn’s moons, Titan’s liquid cycles and potential to harbor life are fascinating to scientists, and Dr. Cohen believes the DFD could get a probe to the surface in under 2 years. 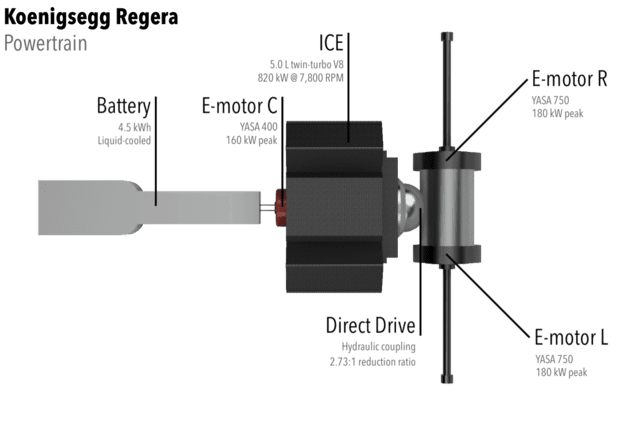 Though the engine is still under development, it utilizes advantages of aneutronic fusion, like a high power to weight ratio, and uses relatively little fuel while outperforming chemical and electric propulsion methods that are much more common.

The DFD engine also provides 4-5N of thrust in low power mode, which is only slightly less than what we would expect of a chemical rocket over long periods of time.

Researchers have tested two potential paths to Titan, one that could apply constant thrust only at the beginning and end of the journey and one in which it was used as a constant for the duration. Both involved switching the direction of thrust in order to slow the spacecraft down in order to enter Saturn’s system and atmosphere.

Using that constant thrust would put the journey at just under 2 years, while the alternate use would take a bit longer –  2.6 years. Neither path would require any gravity assists, which has never been the case with traditional ships and fuels, and the previous mission to the Saturnian system, made by spacecraft Cassini, took around 7 years.

It is important to note that other factors would have to align to make the shortened trip possible, and the next “opening” wouldn’t happen until 2046.

Luckily, 30 years is probably how long it will take us to perfect the DFD and get it installed and tested in a working spacecraft.

Physicists will also have to solve the “three-body problem” that arises when ships transfer from Saturn’s orbit to Titan’s – a notoriously difficult issue with mechanics that applies to three different “bodies” – Saturn, Titan, and the spacecraft.

With that out of the way, though, the DFD could act as it’s own power source for an extended mission, an invaluable improvement on the radioisotope thermal generators, an additional power source that’s currently needed to be tested, stowed, and operated.

If successful, the DFD could be used to send missions to Neptune or even Pluto, cutting mission times by up to two-thirds.

It could make travel to the outer reaches of our universe not only plausible, but possible, and there’s not a space nerd in this (or any) universe who doesn’t like to hear that.