The Most Common iPhone 7 Problems, and How to Fix Them 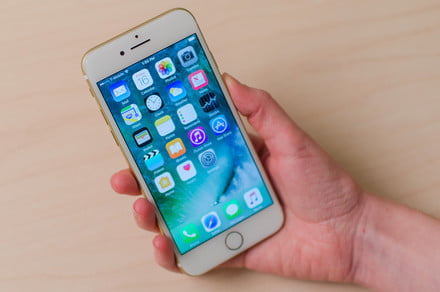 Released in 2016, the iPhone 7 still holds its own as a midrange smartphone. The camera is a great performer, there are dual speakers, and it was the first flagship Apple device to have an IP67 rating for water resistance. If you’ve managed to get your hands on one, then you’re likely still enjoying it, but sometimes a single issue can kill the fun. We’ve been filtering feedback to isolate the main iPhone 7 problems that users are still running into even now, and we’ve got some potential fixes and workarounds to put the smile back on your face.

Some iPhone users have noticed that the speaker icon is grayed-out when making phone calls. This issue seems to affect a small number of users and Apple is aware of the issue. However, it is no longer offering free out-of-warranty repairs for internal speakers that no longer work.

Back in 2016, MacRumors reported that it had an internal document from Apple showing that the company was aware of a bug that caused the iPhone 7 to have no cellular service after coming out of Airplane Mode. The company said it had resolved the issue, while it also launched a repair program for the issue (now discontinued). The issue has also continued to appear more recently, with users complaining of “No Service” after updating their iPhone 7 to iOS 13.5.1.

Apple’s decision to kill the headphone jack in the iPhone 7 was very controversial. If you’d invested in a killer pair of headphones that relied on the standard port present in every phone up until now, you could be forgiven for being a wee bit peeved. Having to use the Lightning port also means that you can’t charge your iPhone 7 while you’re using headphones. There are some workarounds, but there’s no real solution for this one.

A lot of iPhone 7 owners have complained about a mysterious hissing sound coming from the back of the device. It seems to be louder when the iPhone is engaged in heavy lifting, such as when a demanding app or game is running, which suggests that it’s related to the processor. Put your ear next to the Apple logo and run something that requires a lot of processing power to test for yourself. It’s also worth mentioning that many phones and other devices will emit some hissing and other noises when under heavy stress — if you listen closely enough, that is. We just don’t notice it most of the time. This problem was affecting enough people that both Ars Technica and 9to5Mac reported on it.

Battery life for the iPhone 7 is a lot better than it was for the iPhone 6S, thanks to a larger battery and the more efficient A10 Fusion chip. For a lot of people on the Apple discussion forums, that does seem to be the case, but we’ve also seen various complaints about rapid battery drain, with an increase in complaints often coinciding with a new OS update (which was subsequently corrected in a later update).

Read Also:   BlizzCon Is Back — And It's Called BlizzConline Now

A lot of people had trouble activating their new iPhone 7. If you’re getting a message about the activation server being unavailable, it could be that Apple is simply struggling to cope with the current volume or people trying to access it. You can check the status here — if there isn’t a green box next to iOS Device Activation, then try again later.

This is one of the most widely reported iPhone 7 problems. There are multiple threads on the Apple discussion forums full of iPhone 7 owners who have reported this particular problem. People have said that incoming audio sounds distant, or it’s too low to hear. Enough people have even made complaints about this that Apple has since updated a support page in an attempt to help people with sound issues.

This is almost certainly a bug since 3D Touch continues to work, it’s just that there’s no feedback from the phone indicating that 3D Touch was used. Users reported this issue in connection to iOS 10.2, so it’s always worth updating to a later iOS whenever one is available. Here are a few things to try if the problem is still affecting you.

Read Also:   How to Use Zoom Videoconferencing

Many users took to the Apple discussion forums to report that the Phone app will crash or lock up when in the Phone app’s settings, in the Recent Calls list, and while making calls using Bluetooth headsets. Soft and Hard Resets have not fixed the problem, and those who have tried a factory reset have not experienced any changes either.

3D Touch is an integral part of the iPhone 7 and iPhone 7 Plus, as it makes it easier to interact with apps and get to some of their settings and features. Some users, however, have been unable to get the 3D Touch feature to work, or have noticed it has stopped working completely.

When in the middle of a voice call and using either speakerphone or the handset, the microphone will cut out, resulting in static and unintelligible sounds. The problem doesn’t occur during every phone call. Often, after hanging up and calling again, the static is gone, but the caller is still hard to hear or muted completely. This is different from the Phone quality issue above, which dealt with audio from incoming calls. This is an issue with the person making an outgoing call.

People on the Apple forums have been having trouble with Touch ID. The feature has stopped working completely or has trouble functioning, with some users reporting that they can’t use Touch ID while the iPhone is plugged in and charging.

As with other smartphones, people have been having trouble maintaining a Bluetooth connection, either with 3rd party wireless headphones, or when trying to connect their iPhone to a car. Some users have also noticed a much larger drain on the battery when using it.

This issue affects users with the iPhone 7 Plus. Users on the Apple discussion forums and Reddit often complain that their iPhone 7 Plus shows a black — or sometimes a green or purple — screen when they try to use their camera. Sometimes an error also appears, one that says “Emergency iPhone needs to cool down.” More recently, users have reported that the Camera app simply doesn’t load.

Apple’s support pages report on the likelihood of micro-abrasions on the glossy finish of the jet black iPhone 7, which was prone to scratching. However, a thread that reached epic proportions on Apple’s discussion forums shows the regular black finish on the iPhone 7 is also prone to chipping and peeling, even when encased.

In a thread that spans much of the lifespan of the iPhone 7, users in the Apple forums have complained about their iPhone 7 getting uncomfortably hot. It is normal for smartphones and other electronic devices to get hot when they’re performing certain tasks, however. For example, an iPhone can get warm while you’re broadcasting live video, using Snapchat, playing games, or doing other tasks that will push the CPU to its limits. While it is normal for it to get hot while doing CPU-intensive tasks, your iPhone should return to a normal operating temperature when you’re done.

The best waterproof phones for 2022

DioField Chronicle beginner’s guide: 7 tips and tricks to get started

Dell XPS 13 review: a true answer to the MacBook Air