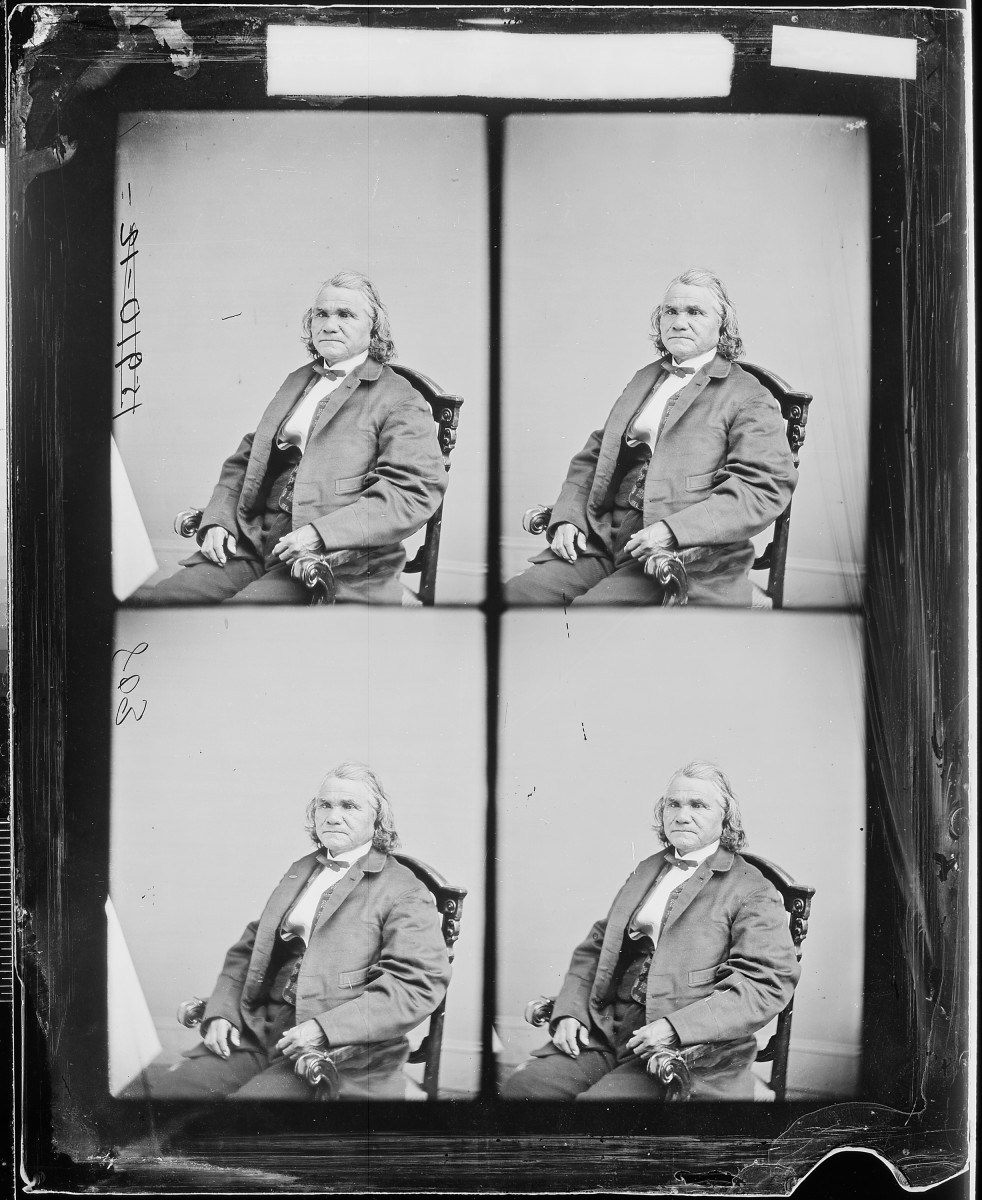 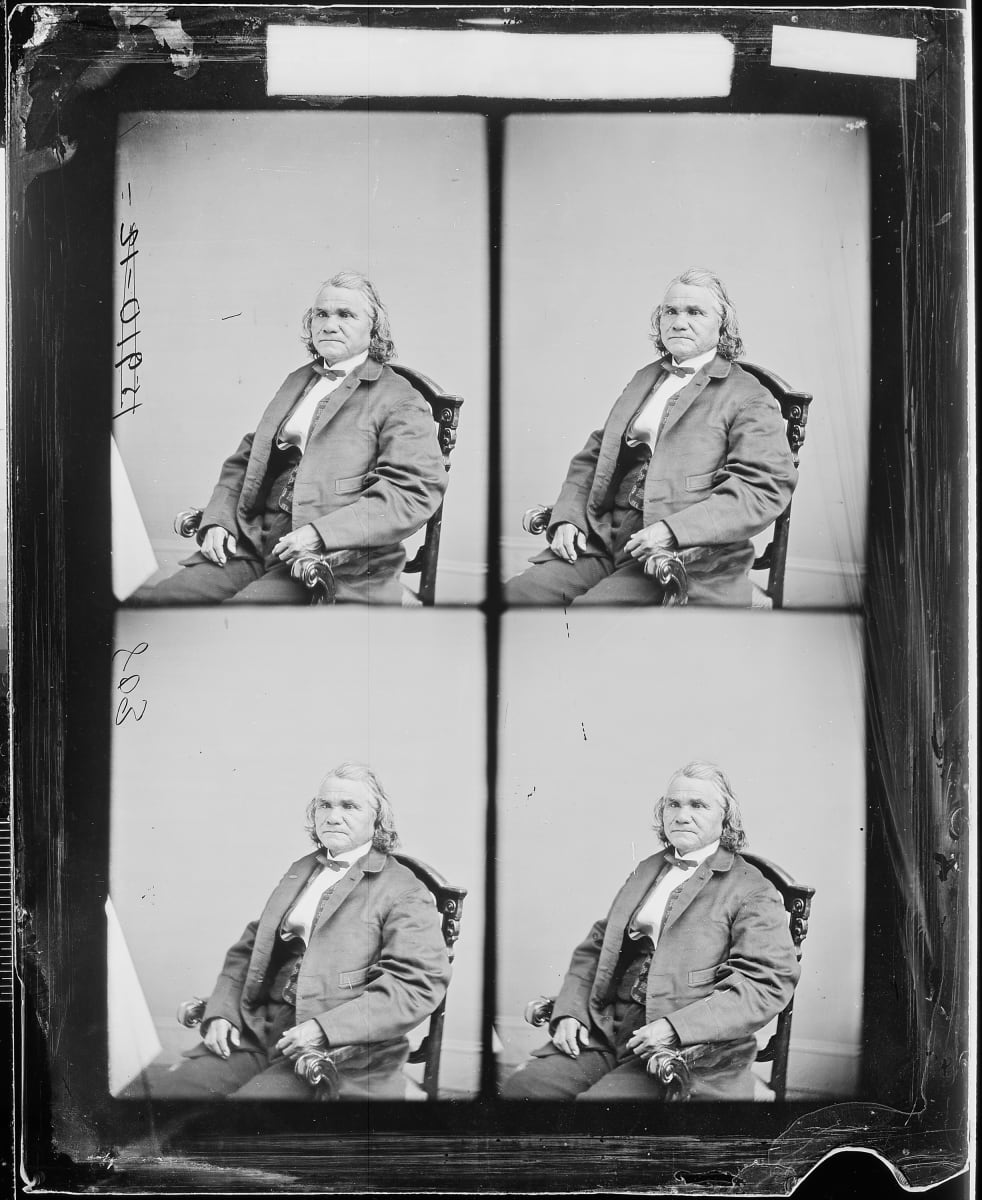 How did a high-ranking Indian who ceded his ancestral lands in the Deep South become a Confederation General during the Civil War? And why did he fight so fiercely against other Indigenous people during the conflict?

Stand Watie went through a period of convulsions for his people and the young American nation. Throughout the 19th century, Indians were increasingly displaced from their homeland and, in some cases, massacred. Tribal nations faced internal contention over thorny issues like slavery – some Indians themselves were slave owners – and over whether to sign treaties that often forced them to choose between their way of life and their very survival. After the secession of the Southern Union, the Indians were forced to choose sides in the White War.

READ MORE: How US expansion to the west breathed new life into slavery

Born in 1806 to a Cherokee father and a mixed-race mother (half-Cherokee, half-European) in Oothcaloga, Cherokee Nation (near present-day Rome, Georgia), Stand Watie was originally given the name Cherokee Degataga , which means’ stand firm. ”

After his father, Oo-wa-tie, was baptized into the Moravian Church as David Uwatie, he changed his son’s name to Isaac S. Uwatie. But as an adult, Isaac combined his names Cherokee and Christian (and dropped the “U”) to get Stand Watie.

As a student at Moravian Mission School, Watie learned English and later helped his older brother publish the Cherokee Phoenix, a tribal newspaper. By the time Isaac reached adulthood, his father David Uwatie had become a wealthy planter who owned African-American slaves.

From 1829, thousands of prospectors flocked to Georgia after gold was discovered in Cherokee territory. Anglo settlers exerted increasing pressure on the Cherokees to move to reservations further west, a process that intensified after Congress passed the Indian Removal Act in 1830.

Facing untenable choices, the Cherokee split into two factions. The majority, led by Chief John Ross, wanted to stay on their land and fight for tribal sovereignty. Watie was among the minority who supported the return to the West, believing that this was the only way to preserve the autonomy of the tribe. In 1835, he and several others signed the Treaty of New Echota, ceding the former Cherokee lands in Georgia to the US government in exchange for lands on Indian territory in what is now Oklahoma.

Watie moved west in 1837, settling in the northeastern corner of the west of the Cherokee Nation, near Honey Creek. Thousands of other Cherokees weren’t so lucky. A majority considered the treaty invalid and remained in place while Chief Ross unsuccessfully appealed to Washington to quash the deal. In 1838, the US military began to evict the Cherokees from their homes in Georgia, forcing them to migrate west along what has come to be known as the “Trail of Tears”. Of the estimated 15,000 Cherokees who made this arduous journey, no less than 4,000 died, including Chief Ross’s wife, Quatie.

READ MORE: How Native Americans struggled to survive on the trail of tears

Watie raised the First Indian Regiment of the Confederate Army

Under Cherokee law, selling tribal lands without the approval of the people was punishable by death. So, in 1839, members of the majority faction executed Watie’s co-signatories of the Treaty of New Echota – his brother, uncle, and cousin. Watie, who barely managed to escape the same fate, has become a leading opposition figure in the fractured politics of the Cherokee Nation and a blooden enemy of Chief Ross’s faction. As a surviving Treaty chief, he served in the Tribal Council from 1845 to 1861. And he developed a successful plantation in Indian Territory with his own bonded laborers.

When Civil War broke out in 1861, Watie wasted no time in joining Confederation, seeing the federal government – not the South – as the main enemy of the Cherokees. He raised the Confederate Army’s first Indian regiment, the Cherokee Mounted Rifles, and helped secure control of Indian territory for the rebels at the start of the conflict. Eventually, many Cherokee comrades would support – and fight for – the other side.

Watie became known as a gifted field commander and a daring guerrilla leader. At the Battle of Pea Ridge in Arkansas in March 1862, his troops were acclaimed for capturing a Union battery in the midst of a Confederate defeat. On June 15, 1864, his men won a major victory by capturing the Union steamboat JR Williams. The following September, they seized $ 1.5 million worth of supplies aboard a federal car supply train at Cabin Creek.

Much of its activity during the second half of the war consisted of attacks on those in Indian territory supporting the Union – torching houses, destroying fields and creating thousands of starving refugees. Even after a Cherokee majority repudiated the alliance with Confederacy in 1863, Watie remained loyal to the Southern cause. His reward? A commission of brigadier general.

Watie was so committed to the Southern cause that he refused to recognize the Union victory in the closing months of the Civil War, keeping his troops on the ground for nearly a month after Lt. Gen. E Kirby Smith surrendered the rest of the Trans- Mississippi Army on May 26, 1865. 75 days after Robert E. Lee met Ulysses S. Grant at Appomattox, Watie became the last Confederate general to lay down his arms, giving up his battalion of Creek, Seminole, Cherokee and Osage Indians. to Union Lt. Col. Asa C. Matthews in Doaksville on June 23.

After the war, Watie returned to Indian territory to rebuild his house, which Federal soldiers had burned down. He traveled to Washington, DC to represent the Southern Cherokee in negotiations for the Cherokee Reconstruction Treaty of 1866, which stripped tribal members of large tracts of land in Indian Territory in return for their reinstatement in The union. Watie then retired from public life to settle on his former Honey Creek plantation, where he died in 1871.

How America’s Aviation Industry Got Its Start Transporting Mail