The GOP is having a change of heart on economics. It could have implications for policymaking. 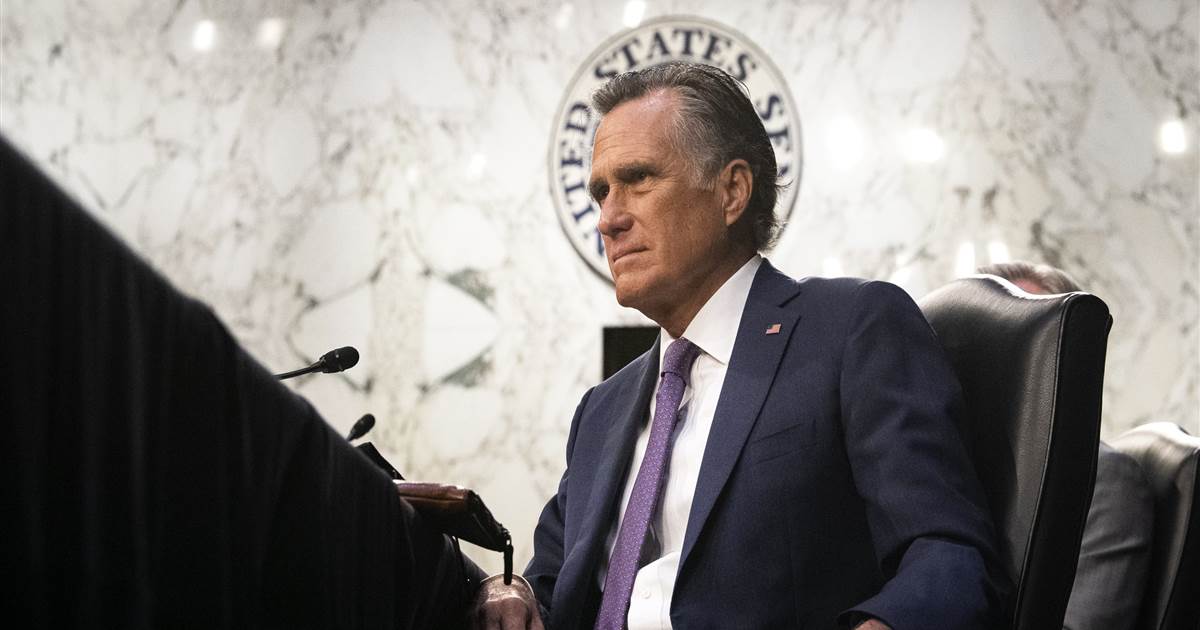 WASHINGTON — The Republican Party is showing signs of softening its trademark fiscal conservative brand in favor of a new populist approach, a potentially seminal shift as the party becomes more reliant on blue-collar white voters after Donald Trump’s presidency.

The last time Republicans were thrown out of power, in 2009, they embraced an unabashed tax-cutting and spending-cutting vision to find their way out of the wilderness. Now, the party is taking a different path as ambitious figures seek to curry favor with voters by pushing a larger government safety-net that includes cash to families and a minimum wage hike.

The new approach comes at a time of deep economic hardship — rising income inequality and escalating costs of health care and college tuition — made worse by the coronavirus pandemic. The trend, if it continues, will test the longstanding alliance between the GOP and big business and has the potential to reshape the future of American policymaking.

“I hope there’s support for getting working people a fair shot. Most Americans — they don’t want to be taken care of. They would like a fair shot though — to be able to get a job, be able to raise their family,” Sen. Josh Hawley, R-Mo., said.

Hawley’s rhetoric echoes progressives who say the government has a larger role in providing equal economic opportunity. He has been a vocal supporter of direct cash payments to Americans, even teaming up with democratic socialist Sen. Bernie Sanders, I-Vt., recently on providing cash payments.

But despite his interest in fiscal liberalism, Hawley breaks sharply from Democrats by embracing Trump’s cultural conservatism, skepticism of immigration and even his promoting of conspiracy theories about the 2020 election result — a potential new model for the party.

“Republicans need to have a broader conversation about what we’re going to do to support working people, working families in the middle of the country, where I’m from, but all across the country,” Hawley said. “So I hope that that’s the direction that we’re headed.”

The party-line vote Saturday to approve a $1.9 trillion Covid relief bill shows there remain economic differences between the two parties. Yet 48 Republicans voted in the process to spend $650 billion on measures including direct cash, jobless aid and child care.

Perhaps no Republican embodies the change quite like Sen. Mitt Romney, R-Utah.

He ran for president in 2012 on a platform of slashing taxes, raising the Social Security retirement age and cutting Medicare spending. He picked as his running mate Paul Ryan, the vanguard of traditional fiscal conservatism.

Now, Romney is leading efforts in his party to expand the safety net with a substantial child allowance and a minimum wage hike to $10 per hour, one that’s tied to stricter immigration enforcement. And he was an early proponent of direct payments amid the pandemic.

“With regards to each of those plans, the effort is to make our safety net more effective,” Romney told NBC News, while emphasizing that his plans are paid for.

In some ways, Romney is Trump’s polar opposite and chief antagonist — the only Republican who voted twice to find him guilty on impeachment charges. But Trump’s pro-spending and anti-immigration attitudes created space for the policies Romney is pushing.

Case in point, his minimum wage proposal is co-sponsored by Sen. Tom Cotton, R-Ark., one of the chamber’s most conservative members and someone who is considered a likely presidential candidate.

“It’s time for the minimum wage to be raised. It hasn’t been raised in a long, long, long time,” Romney said. “But do so gradually and consistent with the rate of inflation — and marry that with immigration enforcement to make sure that we don’t have people coming in illegally, taking away jobs from those at the entry level.”

While Romney is hardly a favorite among conservative grassroots activists because of his extensive criticism of Trump, some were enthused by the proposals, particularly his childcare plan. That plan would provide households up to $4,200 annually per child while cutting some existing entitlement programs.

The idea of using federal power to promote the nuclear family is at the center of this change in GOP policymaking, and a number of other leaders like Hawley and Sen. Marco Rubio, R-Fla., are seeking to lead in this area.

“I think Romney’s proposals are interesting,” Don Thrasher, chairman of Kentucky’s Nelson County GOP, told NBC News. “I think [GOP policy] needs to be addressing the inequity of what is going to corporate America versus what is going to Main Street America. And I think part of what Romney’s saying does that.”

Republican strategist Andy Surabian said some in the GOP are shifting away from its fiscal orthodoxy.

“There’s a lot more openness from the base to policy proposals that are more populist in nature and are less concerned with kind of orthodox, libertarian conservative economics in some ways,” he said. “But I also think it’s super easy to overstate the extent to which that’s true.”

He added though it’s wrong to assume conservative activists no longer care about spending and debt, or “that they’re all of a sudden for a bunch of liberal economics” like a national $15 minimum wage.

Notably, Republicans are talking less about the national debt and are instead attacking the Democrats’ Covid bill as a “liberal wish list.” And the tea party activists who took politics by storm in 2009 with complaints about government spending are nowhere to be found. A recent Economist/YouGov poll showed the bill is supported by 66 percent of Americans, with just 25 percent opposed. It has support with nearly four-in-10 Republicans and 30 percent of Trump voters.

A Nebraska Republican, who asked to speak anonymously to provide a frank assessment of Republican messaging said that as a result of the Covid-19 pandemic and the unprecedented government relief, “a lot of the base” is more comfortable with accepting “a larger economic role for the government” — so long as “it actually serves to benefit the American citizen.”

“I think the days of a party exclusively dedicated to deficit hawkishness are waning,” this person said. “I think you’ll see a much larger body of freshmen in 2022 move toward the middle on that issue.”

Some Democrats say this shift is shows Republican counterparts are searching for an identity after four years of Trump and then his re-election defeat.

“The Republican Party’s a snow globe right now,” said Rep. Mark Pocan, D-Wis. “They don’t know if they’re QAnon, if they’re tea party, if they’re fiscal conservatives, if they’re a religious right party — they don’t know. And during that time, you’re gonna see lots of shit falling from the sky.”

But Sen. Ed Markey, D-Mass., said the decline of fiscal conservatism is good for the country.

“If that legacy of the Trump era is maintained inside the Republican Party, it means that there’ll be a lot more room for negotiation with Democrats, because they won’t be any longer wedded to root canal-like budget policy that is focused on inflicting more pain,” he said.

Trump “brought a lot of people into the party that were traditional Democrats,” Sen. Richard Shelby, R-Ala., a former Democrat who switched parties in 1994, said. “Just hope we keep bringing more in.”

Trump infused the party with a mix of economic populism and nativism that many Republicans initially resisted. Now, even after his defeat, it continues to influence the party.

“Probably one of Trump’s biggest changes was to have a more populist approach, particularly to helping people,” Sen. Lindsey Graham, R-S.C., a former Trump critic turned fierce ally, said in an interview. “I think that’s good.”