The Georgia counties turning the state blue are growing. And fast. 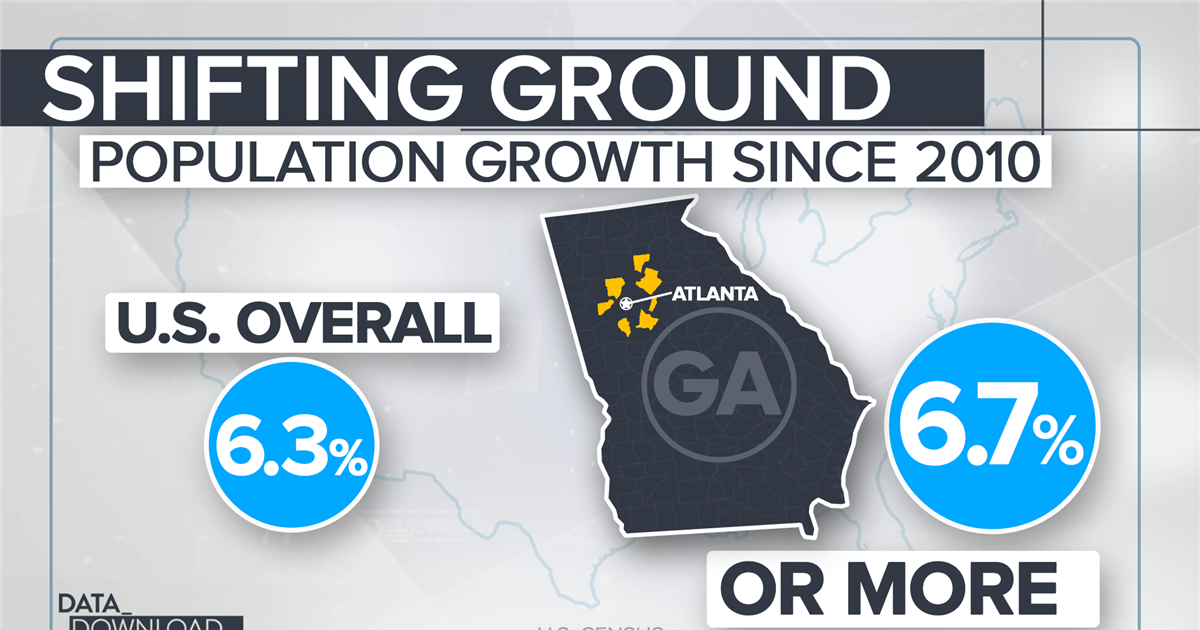 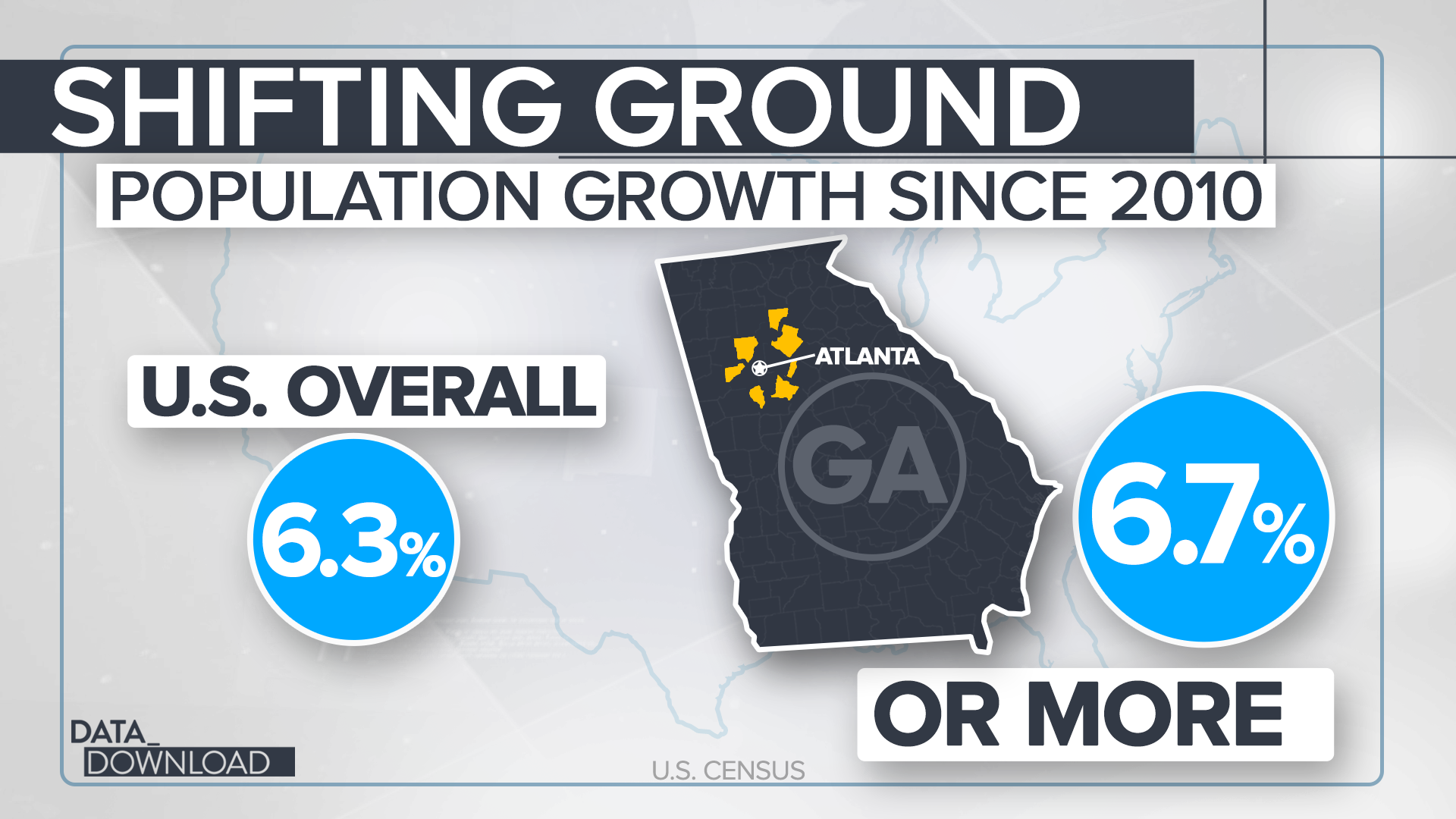 WASHINGTON — Last week, David Perdue announced he would not run to recapture his Senate seat in Georgia for the Republicans. Many in the political class wondered why a strong candidate with deep family ties and a history as an incumbent would take a pass at a chance to run again.

The answer might lie in broader political changes in Georgia itself.

While Joe Biden’s presidential win in the state and the Senate victories of Democrats Raphael Warnock and Jon Ossoff were heralded as surprises in the last election cycle, a closer look at recent election data in the state shows they might be more breakthroughs to a new norm than simple 2020 shockers.

Let’s start by looking at the overall shift in the state’s presidential vote over the past 12 years.

But compare those two elections in Georgia and the story is different. Biden did about 2.5 points better than Obama in the state, getting nearly 50 percent of the vote, while Obama didn’t quite get to 47 percent in 2008.

At the time, that Obama number seemed to be something of an outlier — perhaps a highwater for a Democrat mark propelled by an increase in the African-American vote. But even in 2016, when Hillary Clinton was the Democratic nominee, she received more than 45 percent of the vote in the state. That number was higher than the 43 percent and 41 percent that Democratic nominees Al Gore and John Kerry won in the state respectively in 2000 and 2004.

The reality is that the vote in Georgia has moved considerably in the last dozen years, and behind that move is a massive set of swings to the Democrats around Atlanta. In fact, comparing 2008 to 2020, seven of the 10 counties that swung most heavily to the Democrats in the entire country were in metro Atlanta.

In each of those counties — Cobb, Douglas, Fayette, Forsyth, Gwinnett, Henry and Rockdale — Biden did at least 11 points better in 2020 than Obama did in 2008.

To be clear, Biden didn’t win all of those counties in 2020. He won five of them by large amounts, but Forsyth and Fayette still solidly voted for Donald Trump in November. The problem for Trump, and possibly for Republicans going forward, were the margins. Some of those counties “flipped” Democratic — but, just as important, where Trump lost, he lost by more than McCain did in 2008. Where he won, he won by less.

Those seven counties around Atlanta hold challenges for the GOP. They are very diverse, most have high percentages of college graduates and, perhaps most important, all of them are growing … fast.

Not only are all these seven counties growing faster than the nation as a whole since 2010, but five of them are growing faster than Georgia in that time — and the state is adding people at a very high rate. In other words, the counties fueling the state’s political changes are also driving much of its population growth.

Add it all up and Georgia presents a troubling picture for the GOP right now. Political winds can quickly change, of course, but there are reasons to believe the story of the state has legs beyond this year and beyond its borders.

The path the Republican Party has taken in recent years, pushed in part by Donald Trump, seems to have increased the Republicans odds in places in the Industrial Midwest, such as Michigan, Ohio and Wisconsin. But in states with growing suburban populations, the story may be reversed.

Right now, Georgia looks a bit like Virginia did 12 years ago, a southern state being changed by a big, diversifying, educated metropolitan center. When Barrack Obama won Virginia in 2008, it was the sign of a deeper, long-term change afoot there. A similar path in Georgia would have enormous impacts on the electoral map and the Senate.

Dante Chinni is a contributor to NBC News specializing in data analysis around campaigns, politics and culture.